Where are they now? Eliot Marshall 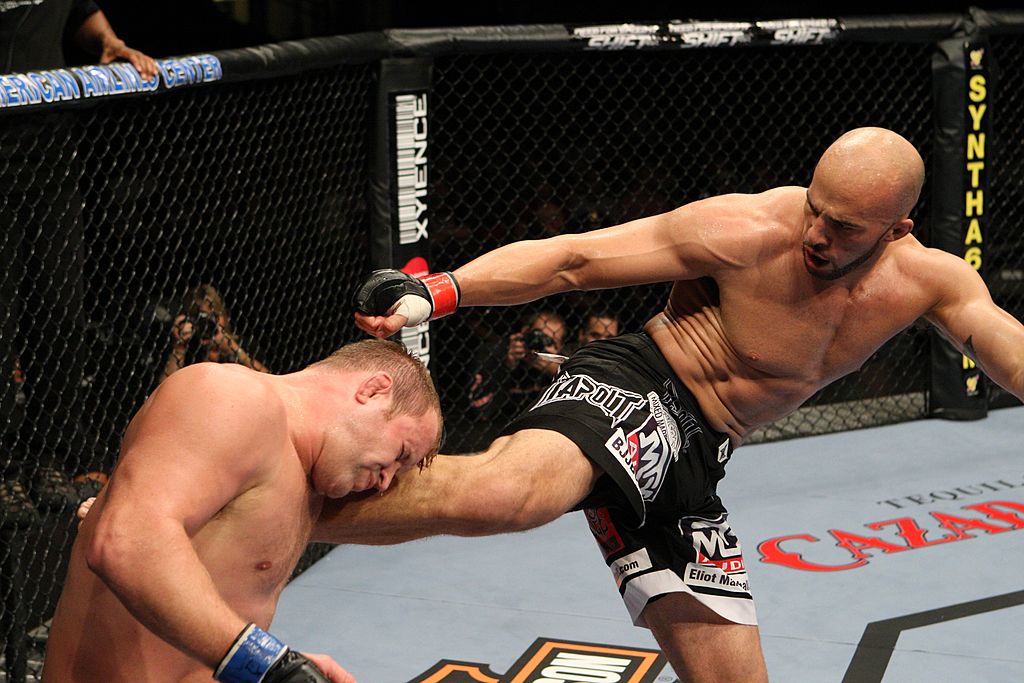 This was as close to rock bottom as Eliot Marshall had ever been as a professional fighter. The Ultimate Fighter 8 alumnus had weathered the storms of his career well, rebounding after being cut by the UFC to win three in a row and earn a return to the Octagon.

That return in March of 2011 wasn’t what he expected, as he was knocked out in the first round by Luiz Cane in a short notice bout in New Jersey. Seven months later, he was in Las Vegas and about to take on Brandon Vera.

“I had never been so scared before a fight,” Marshall said of the UFC 137 bout. “I had a terrible fight against Luiz Cane where I mentally wasn’t ready to fight. I didn’t have a full camp, and it really messed with me mentally. I just wasn’t prepared to go in there and die. And that never happened before. I never felt like that before a fight like I did before the Luiz Cane fight. And in the Vera fight, I was very, very afraid that this would happen again. I was just petrified of it.”

As he sat in his hotel room with his wife Renee, Marshall went through the gamut of emotions. Eventually, he said he wasn’t going to fight. Renee talked him off the ledge, basically telling him, “Hey, we’re here, you might as well fight.”

“That’s what calmed me down,” Marshall laughs. “And I had a great fight, maybe one of the best fights of my life.” 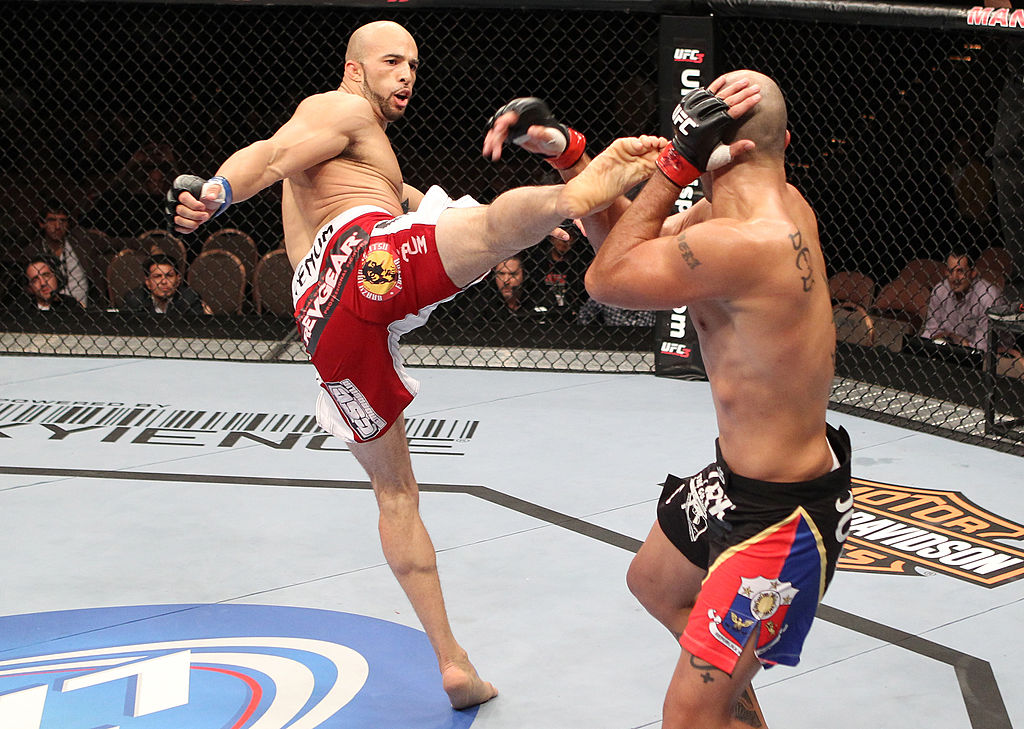 After two close rounds, Marshall nearly finished Vera on the feet and the mat. But when the judges’ scores were tallied, it was Vera taking the close decision. Marshall was released by the UFC, but the Vera fight proved that the 31-year-old could still compete at the elite level. A couple wins on the local circuit and he could have conceivably been back in the Octagon.

Instead, he retired. So why not stay when there was apparently more to give?

“When does that end?” Marshall said, those four words perhaps the most profound a fighter can utter because he’s right. When is enough enough? Most will keep going, hopeful for one more payday or one more big fight. Marshall wasn’t going to play that game.

“When does it stop? And then, what do you do with your life, and how is your life leading up to that point? I had a kid, I had another one coming. How long was I going to put them through this?”

A little over five years after his last fight, Marshall, 36, isn’t just surviving, he’s thriving. The owner of two Easton Training Centers in Boulder and Denver with his business partner, Amal Easton, the married father of two sons has also been recently named the head coach of the renowned Elevation Fight Team, and if you’re looking for a happy ending in the fight game, this is it.

Yet what’s most remarkable is that Marshall found peace by staying in the fight game, where some of his peers only do so by going in a completely different direction to avoid being hurt watching others do what they used to. 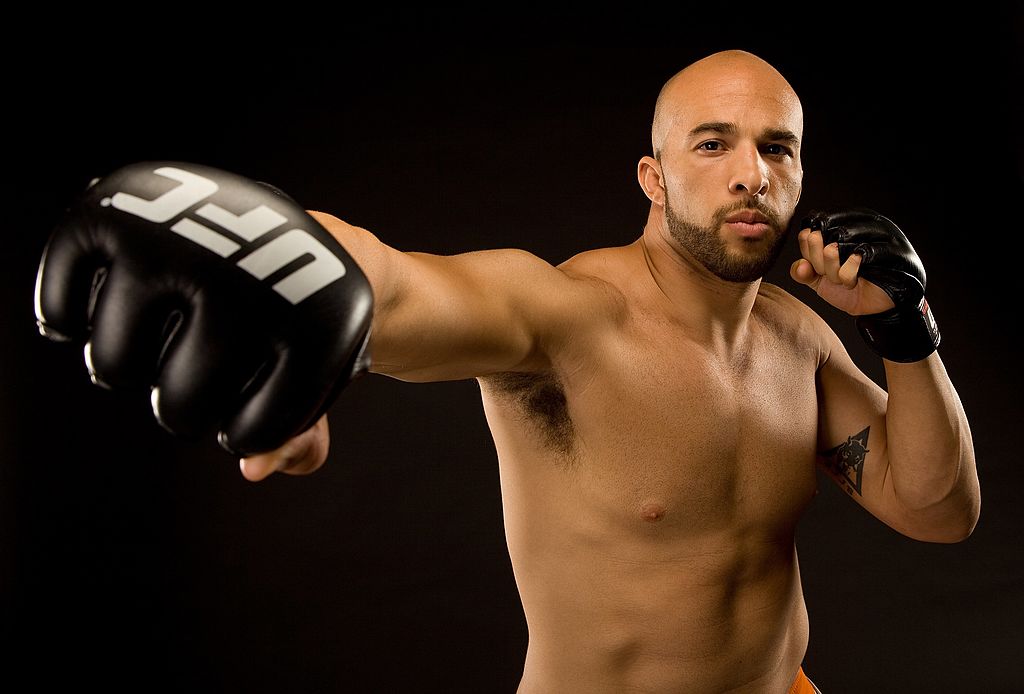 “Martial arts is the greatest vehicle in the world to create strong individuals, and I truly believe that,” he said. “So I had to stay connected to the martial arts community. It’s been my life since I was six years old and, more than anything else, it never lies to you and it teaches you how to let go of your ego, even though it builds it up sometimes. But if you really listen to what it’s saying, it’s not teaching us how to kick and punch and do armbars and all these other things. It’s teaching us how to be good people and that’s what it’s always taught me. So I knew that from the three-year-old that can walk into the school and start doing martial arts to the 60-year-old and everyone in between, I really wanted to have a great impact on their life. I was also a good fighter, and I believe I can relay my message very well, so it doesn’t bother me (being around the sport).

That doesn’t mean there’s not a slight itch at times.

“Sure, when Neil Magny or TJ (Dillashaw) get their hand raised, I’m like, ‘Damn, I could still do this,’” he laughs. “But I know that’s not my path right now.”

His path is to spread the martial arts gospel while also preparing some of the best fighters on the planet for battle. The aforementioned Magny and Dillashaw are joined by the likes of Matt Brown, Curtis Blaydes, Bojan Velickovic and Drew Dober in Denver, and while it’s a diverse group who all arrived in the gym with their own philosophies and levels of achievement in the sport, they’ve all gotten on board with Marshall’s message.

“My message is very clear and it’s consistent,” he said. “We are not fighters. Fighting is something that we do right now. We are martial artists, and if you are not a martial artist, if you are not here to embrace and learn the philosophy of martial arts, you and I are not gonna work well together. I cannot make great fighters; that’s not what I’m good at. I can’t churn people out like that. We can improve our lives through martial arts, and when your fighting career is over, I still want your life to go well, and if we don’t have that same philosophy, I’m not saying you’re right and I’m wrong or anything like that, and you might go on to become the champion without that, but we’ll have a hard time.”

That means when it’s all said and done, if Eliot Marshall has his way, his athletes will leave on their own terms and lead productive post-fight lives. Just like he did.