What a Fighter Knows: Yves Edwards

Pundits may have years of film study to fall back on, fans can deliver insight from what they see on fight night, and commentators have hours and hours of prep to get them ready to analyze what happens in the Octagon. But no one truly knows what’s happening when the cage door closes like the men and women with gloves on. How can you describe how hard someone hits if you haven’t experienced it? Can you describe the feeling of helplessness when facing someone whose ground game is on another level?

Only a fighter knows.

Next up, a man who was arguably the best lightweight in the world when the UFC didn’t even have a 155-pound weight class, the Thug-Jitsu master himself, Mr. Yves Edwards. 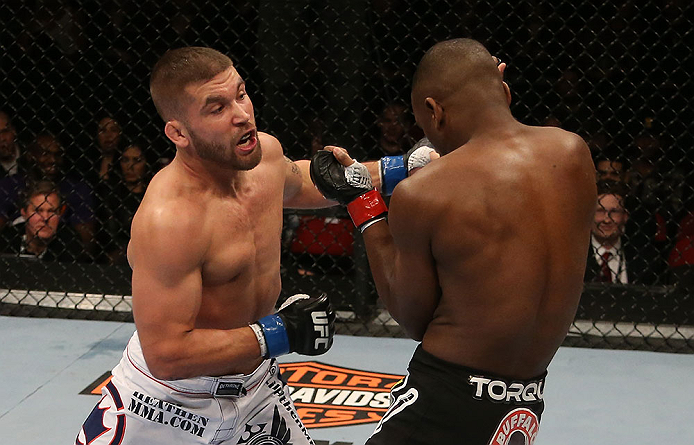 I would say the best technical striker I fought was probably Mark Hominick. He surprised me. I knew he was going to be a good kickboxer, but with him coming forward and his pressure, it threw me for a loop a bit. But when you talk about power, then that’s debatable. I would hand that to either Jeremy Stephens or go old school and say Joachim Hansen. Hansen has some power. I was on top of him and inside his guard, and he threw a punch up and hit me and I had to put my head down. I was like, “Man, that hurt. I gotta be careful with this guy.” With Stephens, fortunately I was able to block a few of his shots, and even through the gloves, I could feel it. I don’t remember if he landed anything to the head. If he did, I either got hit hard enough to not feel it, or he missed. In that fight, he loaded up, but when I saw him coming and I couldn’t get out of the way and I was just able to get my hands up to block, I felt it. He has a lot of power.

I wanted to fight BJ, but after training with him, he is definitely the best grappler in the game that I ever trained with. He was always ahead of you when it came to scrambles and position. Everything you did, he had an answer for. And once he got on your back, there was pretty much nothing you could do about it. He was so flexible that trying to peel him off of your back or get out of that position was the most difficult time I’ve ever had trying to escape someone’s back control. BJ’s ground game was top notch. I trained with him a couple times over the years, and every time it was the same kind of thing. But it would have been a great fight, especially when we were both at our peak.

Past editions of 'What a Fighter Knows': Kenny Florian

It was probably Aaron Riley. He took a beating. I think it was in the first round of our second fight, there was a point when I had him in the Thai clinch, and I kneed him in the face, and it literally felt like I was kneeing a burlap sack full of fluorescent light bulbs. It felt like his face crushed under my knee, and the blood just started flowing. But that was the first round, and he fought for the next two and we went to a decision. He was tough, man. He could take it. 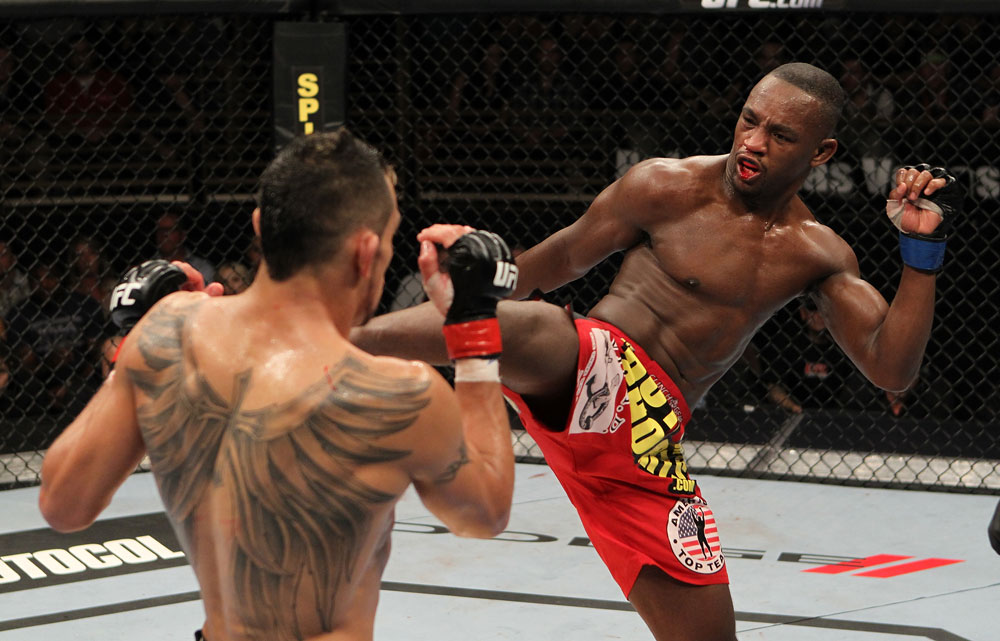 That’s a good one. (Tatsuya) Kawajiri was so game plan-oriented and he stuck to it. He didn’t let me use any of my skills. Once he was able to get a hold of me, he was able to control and hold me down and not let me create scrambles or anything like that. So I want to give him credit for that. Overall, I was leaning toward Josh Thomson because he could do everything. He could wrestle, he could kickbox, and his jiu-jitsu was good. He was just a little cocky and made some mistakes when we fought. He deserves that credit. But when I think about it now and remember the fight, the best guy I fought was Tony Ferguson. You can tell in a fight when a guy is starting to break, especially when you do things that they’re not expecting or you land good shots. And I landed lots of leg kicks and I hit him a couple times, and his demeanor, his fight attitude, his aura never changed. He always felt like he was in it to win it, and he never felt afraid or intimidated by me at any point in the fight. He didn’t feel overconfident and it didn’t feel like he was being cocky towards me, but he seemed to be in the moment the whole time and I could never break his rhythm.

I would say my second fight with Hermes Franca, the one outside the UFC. There were some things going on. My son was in the hospital. Hermes was with American Top Team, I was not with American Top Team at the time, and I remember I was in a bind to get my son’s deductible covered because he had some serious thing’s going on. And Dan Lambert heard about it. He was Hermes’ manager and he was like, “I heard you need help with something. Here’s some of the cash for you to do your thing with your son. Just prepare for the fight and be ready to go.” And then the fight itself was tough. I didn’t get to train the way I would have liked to train for it. I remember gassing in the first round and thinking to myself, you know what, the only reason I didn’t train was because of all the time I spent in the hospital. And I wouldn’t trade that for anything. He made it through that, and I didn’t think dying was a possibility, but I wanted to have that attitude of putting everything into it, because you’re probably not going to die in here, but if you do, it will be okay. And there was a point when Hermes kicked me in the head and made me think I need to change the game. So I shot a takedown and he had a guillotine, and it was tight. It was deep, and at that point I was like, “I’m going to sleep or I’m getting out.” Fortunately, the latter happened.

It’s weird because it was a moment that was claimed but it didn’t get to happen because of circumstances that were out of a lot of people’s control. I remember (UFC President) Dana White saying something along the lines of this: that it would be a sad development for a guy like Yves Edwards to never fight for a UFC title. At the time, they didn’t have enough shows, and there was not enough behind the sport to support five weight classes and five champions. That was probably the most memorable moment, because that’s the reason everybody does this. It all ties into the fight with Josh (Thomson) and the comment by Dana and the timeframe of when these things happened. And it’s not a pleasant memory. It’s probably the thing I regret the most, never having that opportunity (to fight for a title). And then when the opportunity arose, I wasn’t at that level anymore to compete for it.