What a Fighter Knows: Kenny Florian

Pundits may have years of film study to fall back on, fans can deliver insight from what they see on fight night, and commentators have hours and hours of prep to get them ready to analyze what happens in the Octagon.

But no one truly knows what’s happening when the cage door closes like the men and women with gloves on. How can you describe how hard someone hits if you haven’t experienced it? Can you describe the feeling of helplessness when facing someone whose ground game is on another level?

Only a fighter knows, and in this new series, we will get those insights from those fighters.

First man up, one of the best fighters to never win a UFC title, former world lightweight and featherweight title challenger and current FOX Sports analyst and host, Kenny Florian. 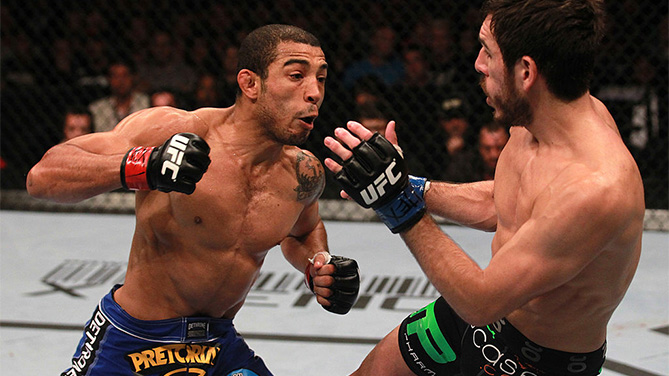 The best striker is Jose Aldo. He was definitely the most well-rounded and the most potent striker I ever faced, and certainly the most complex as well. The hardest I’ve ever been hit was BJ Penn, but Jose Aldo was a guy with a lot of weapons. Speed is one of those things that’s very difficult to prepare for, and he was as fast as they come.

If you have a certain amount of power, you can knock someone out and you know the punch is coming but it can still shut your lights out. For me, speed is more dangerous. A more common knockout is when your brain isn’t prepared for the impact. And if you have the right angle and your eyes can’t find where you’re getting hit from, that’s what upsets the nervous system and the brain and it shuts down.

Jose Aldo is so quick, and knowing the leg kick was coming and preparing for it, he still kept hitting me in the leg. I didn’t have feeling in my leg for about two months. I developed a tic to where I rubbed my leg to see if I could feel anything and the nerves were just dead on the inside of my right leg for two months and finally it came back. I checked one or two, but it was so hard to check and defend. He was brutally quick. 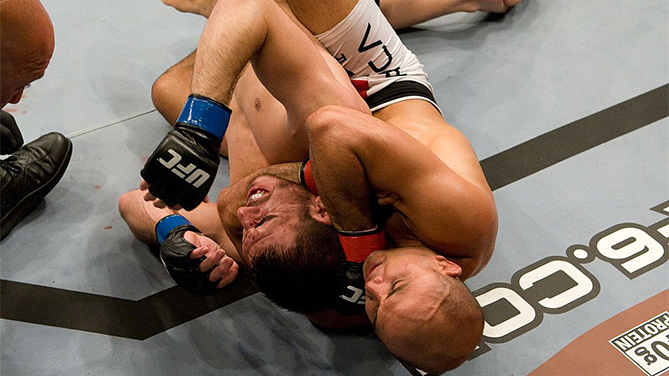 There are a lot of great jiu-jitsu guys, but I think guys come in with this awesome pedigree and they’ve won world championships, and it doesn’t always translate over to fighting, to real mixed martial arts combat. And BJ Penn’s style is one that just fit very well. Him having as much fight experience as he had, he was so good at blending strikes with his grappling.

If I’m dealing with a world-class Brazilian Jiu-Jitsu guy, I know what to expect, and in the fight game, you only have a few minutes on the mat. By the time the fight hits the ground, you’ve got a few minutes, you can defend yourself, ward off the attacks and get up. But BJ was so good at getting you worried about the striking, and then he’d grapple you.

And then you’d worry about the grappling and he’d kick you. It was repetitive, it was non-stop and it was pick your poison. And then when you have high level technique and setups and you’re combining it with hard strikes, it’s tough to deal with. The pressure he put on me was unlike anything I had ever experienced, aside from Diego Sanchez.

And those are two guys that helped me take my grappling game and my mixed martial arts game to the next level. They showed me that defensively, I had to get better. 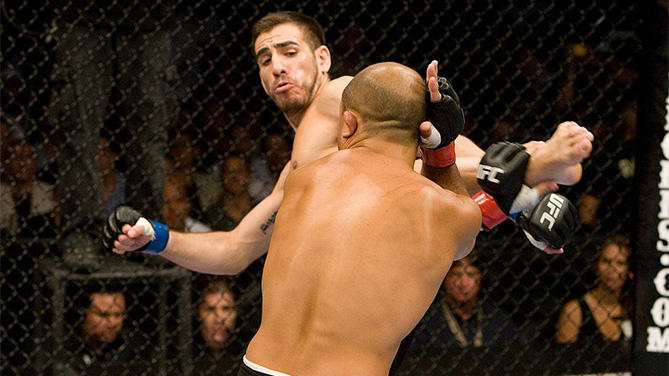 He was guy who I felt was at that next level at that point in my career. He had an answer, he had the experience to just thwart everything that I wanted to do. 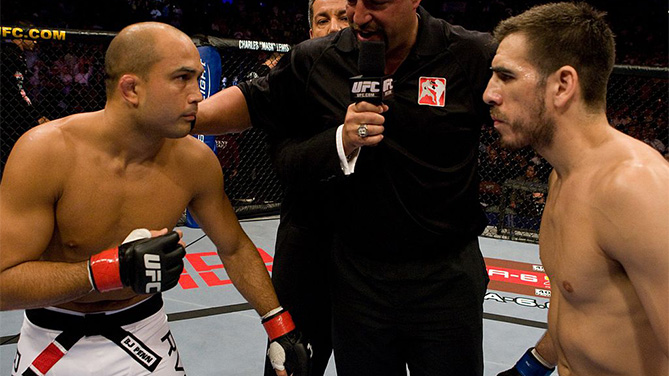 On a technical level, he was very, very good. I think his MMA IQ was, for the most part of his career, very high. When I faced him, it was the perfect matchup for him in many ways. My boxing and wrestling weren’t where they needed to be, my jiu-jitsu needed work.

And I was at a pretty high level at that point. I was not at the best point of my career, but I was at a pretty good level and BJ showed that he was far superior in those aspects. It was just the wrong time to face BJ Penn. 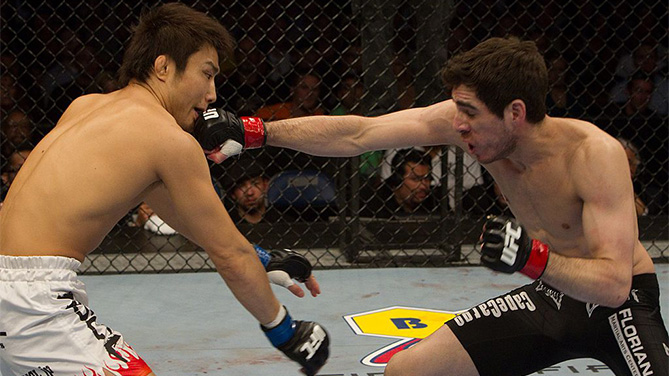 It was perfect, I got the win, and I showed my striking and showed my grappling in that fight. It was a dream fight for me to fight a guy that I looked up to for a long time. 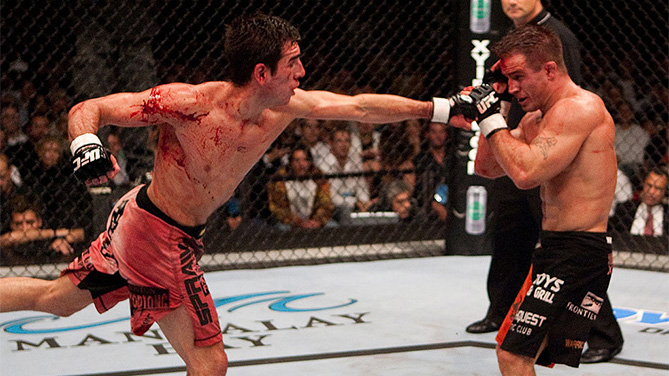 If I’m being completely candid, I felt that I wasn’t ready for Sean Sherk. Against BJ Penn, I felt like I’m ready to go out there and win. I still put BJ on a pedestal, but I went out there to win the fight, and I knew I had the capability of winning the fight. And I felt like that in all my fights except for the Sean Sherk fight.

I was going out there to die, to a certain extent. (Laughs) I knew that I was outgunned – he had all the weaponry and I had a handgun and a knife. I was ready to die out there that night, and that’s why I walked out with the samurai theme.

I always envisioned myself coming out there at some point wearing that, and I thought it was the perfect time to do that against Sean Sherk. I always respected the samurai ideals and how they approached combat and life, in general, and that was a special moment. That was my martial arts moment, living out a movie-like experience.