What Drives Rivera The Most Is The Belt

A Win Over Aljamain Sterling At UFC Phoenix Would Launch Rivera Right Back Into Title Contender Status
By Thomas Gerbasi • Feb. 14, 2019

It was business as usual for Jimmie Rivera as he defeated John Dodson last September in Dallas. It was almost as if his 33-second loss to Marlon Moraes three months earlier never happened.

Most would call that having a short memory. Rivera disagrees.

“I don’t have a short memory, but it’s learning from your mistakes and making sure you have the right mentality,” he said. “Some people go in there and they’re already beat. It all depends on where your head is at. I learned a lot from the Marlon fight and I would love to get that rematch.”

That’s fighter talk, and New Jersey’s Rivera certainly fits that mold. For over a decade he’s been battling it out from his home state to more exotic locales like Sao Paulo and Glasgow, and 22 out of 24 times, he’s had his hand raised. When you look at it like that, it’s not surprising that his first defeat since 2008 didn’t rattle him.

“I’ve seen people get hit and coast because they got hit, and not try to continue and fight because they don’t want to get hit,” Rivera said. “You’re locked in a cage with someone who’s gonna punch and kick you. You’ve got to take the shots and give them. S**t happens. In the Marlon fight I got caught with the head kick and I learned a lot from it. Just move forward and use what I learned.” 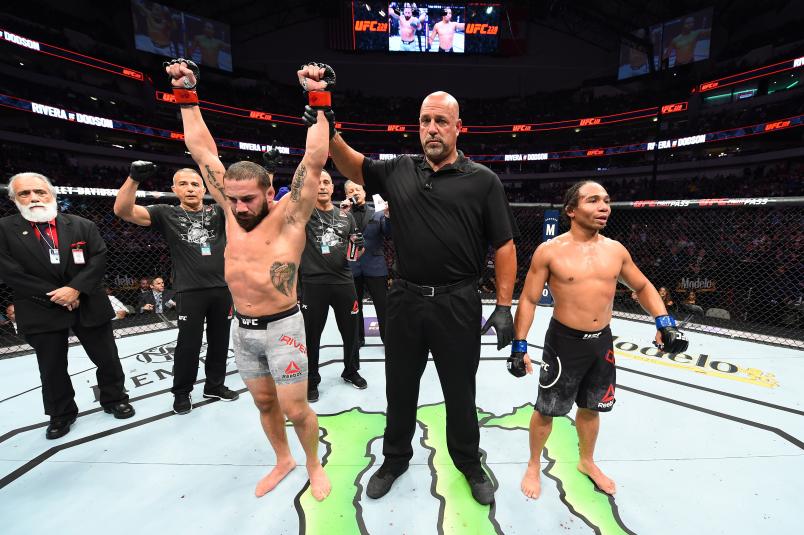 He makes it sound easy, but we all know it’s not. Yet against someone like Dodson, Rivera was dealing with a fighter who had the power and speed to make him miserable for 15 minutes or less. But “El Terror” refused to stray from the task at hand.

“I think it’s just my mentality,” he said. “I knew going into the fight that Dodson wasn’t gonna stand toe-to-toe with me. After I hit him once or twice, he was gonna run. I knew that already. I hit him, he ran, and he’s a good counterpuncher, so he wanted to catch me while I was trying to chase him. The last ten seconds of the third round I got caught the worst with the left hand because I tried to finish up stronger. But I stuck with what I was doing and my coach was really happy. I won a unanimous decision over a dangerous opponent.”

With that return to the win column, Rivera secured his number five spot in the bantamweight rankings and could start thinking about title shots again. But first, there’s business to deal with this weekend when he faces east coast rival Aljamain Sterling. Rivera wants to throw hands with the “Funk Master,” but he’s also aware that grappling specialist Sterling may have different plans.

“He ain’t gonna fight my fight,” said Rivera. “I think I’m gonna hit him and he’s gonna try to take me down. But we’ll see what happens.” 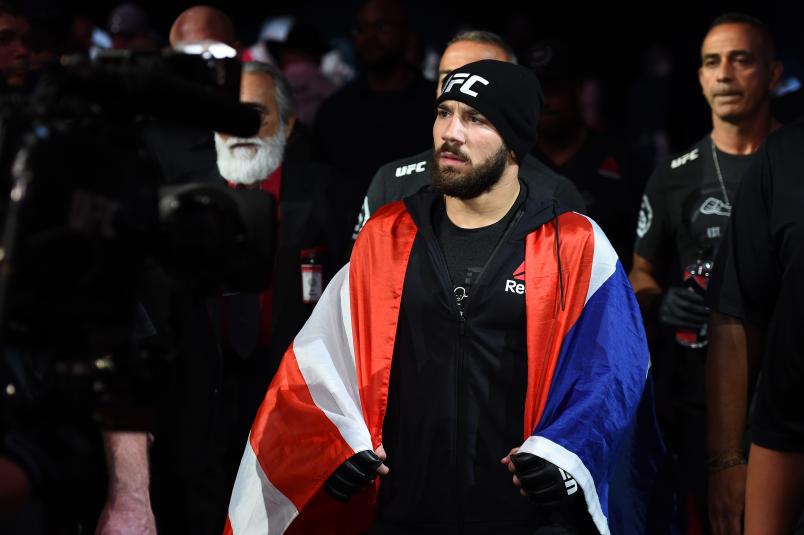 With Rivera ranked fifth and Sterling ranked seventh, it’s an important fight for the division. Rivera isn’t sure how important it is for him, though.

“This is a bigger fight for him than it is for me, I think,” he said. “I’m just doing it because I love this. I beat Sterling, it’s just knocking another one out on the roster, kind of cleaning out the roster. If I get the win, knock on wood, maybe I fight (Raphael) Assuncao, or if Cody (Garbrandt) wins (against Pedro Munhoz), I fight Cody next.”

No matter what happens next, there are plenty of intriguing options for the 29-year-old, just like there are for most of the 135-pound top ten, making bantamweight the place to be in 2019.

“It’s an exciting division,” he said. “It’s just hard because I know they want casual fans and they want to fight. But not everybody’s like myself or Pedro Munhoz or John Lineker, guys who will stand in the pocket, bite down on their mouthpiece and throw. Not everybody’s like that. Some people like it, some people are gonna try other things, it’s just the way it is.”

But Rivera’s not budging. Stand with him, wrestle with him, try to submit him. He’s not going anywhere. There’s a belt to get, and he’s not stopping until he gets it.