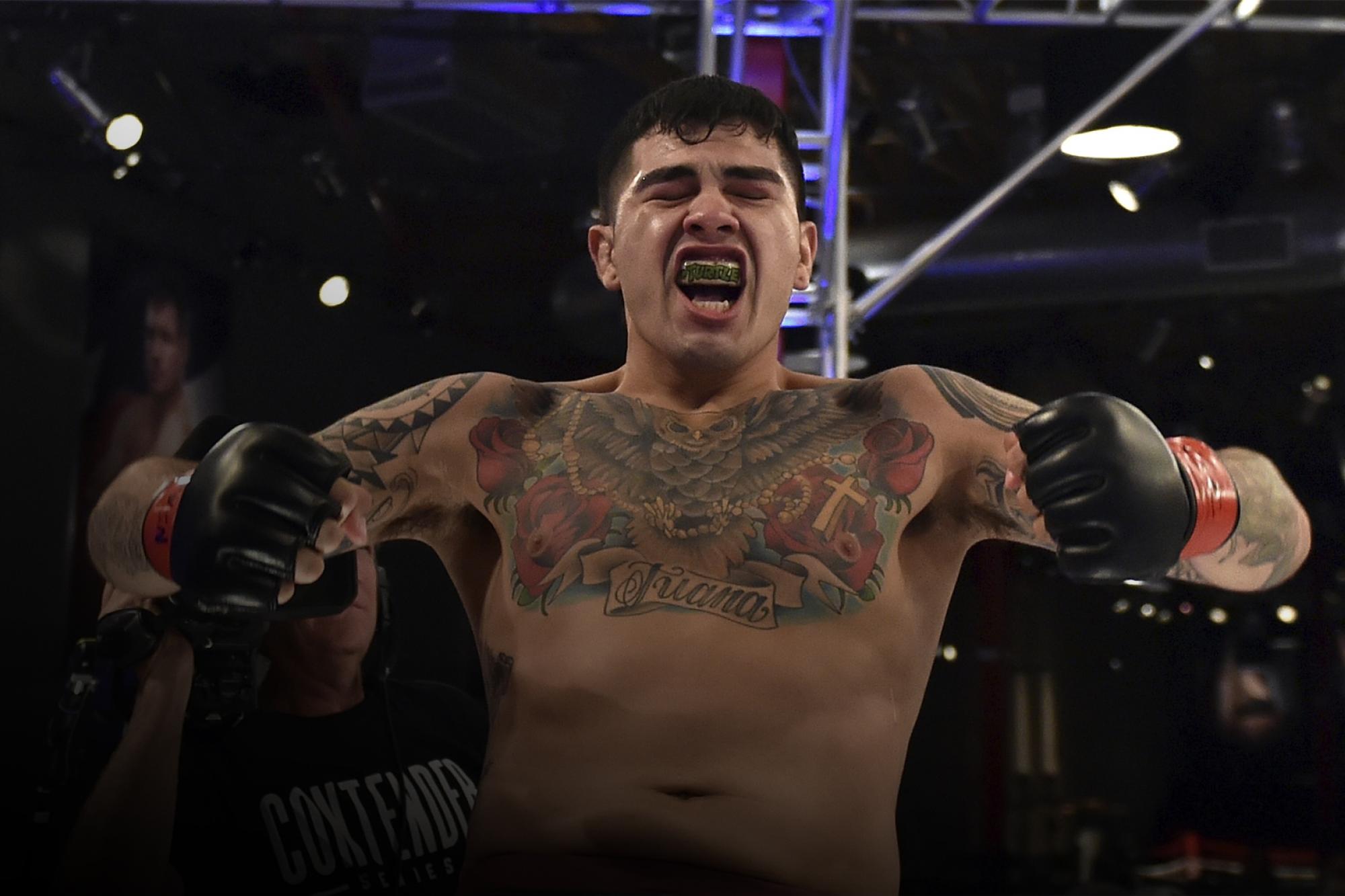 What Anthony Hernandez Learned From His UFC Debut

Hernandez said he entered his February fight against Markus Perez in Fortaleza with his emotions running high, and that led him to abandoning the game plan he and his team set.
By Zac Pacleb • Aug. 30, 2019

A debut win is always better than a debut loss, obviously, but for Anthony Hernandez, dropping his first bout in the UFC taught him some valuable lessons.

“Don’t fight injured, and don’t rush things,” he said. “Take your time, and just be yourself.”

Hernandez said he entered his February fight against Markus Perez in Fortaleza with his emotions running high, and that led him to abandoning the game plan he and his team set. The result of that was a second-round submission loss that doubled as the first defeat of his professional career.

That unfortunate ending didn’t cause any sort of tailspin or drop in confidence, but instead, Hernandez gained some perspective he’s using to succeed moving forward.

“I cleaned some stuff I needed to do,” Hernandez said. “There’s some little things I had that were flawed and no one was able to exploit it before, so I was slacking on it, I think, and we went back to the drawing board.”

One of the biggest focuses during his fight camp for Saturday’s bout against Junyong Park was managing the damage his body took during training. While he said he is still “working hard as f***,” he wanted to minimize the amount of abuse he took while doing that necessary work. One of those things included adding swimming to his cardio training, and that, along with a few other changes, has Hernandez feeling “unstoppable.”

He also said the vibe around this fight is “a lot more laid back” than his debut in Brazil for a multitude of reasons, and it is allowing him to have a clearer focus as he chases his first UFC win in Shenzhen.

“When you have all your best cards out, you’re not really worried about s***, and that’s how it is for me. I feel like everything has gone great, and I’m just ready to go in there and fight and do what I do. Just another day.”

In front of him, Hernandez faces UFC debutant Park, who won his last seven fights, but it seems like nothing can faze Hernandez this week. He said there isn’t a sense of urgency to make up for his performance in the first fight, but instead, he’s fully focused on the task in front of him on Saturday.

“It’s just another fight,” he said. “Had to clean some s*** up, had to do some stuff. Did that, so now we’re coming in healthy and ready to go.”

Making your debut in Brazil and following it with a fight in China is a heck of a way to take advantage of fighting at the top level of mixed martial arts, and Hernandez is eager to take it all in while still taking care of business on August 31.

“I’ll definitely try to embrace it all. Embrace it, and then at the same time, I’m focused. I got a job to do, so get in, get out, get paid. That’s the mentality.”