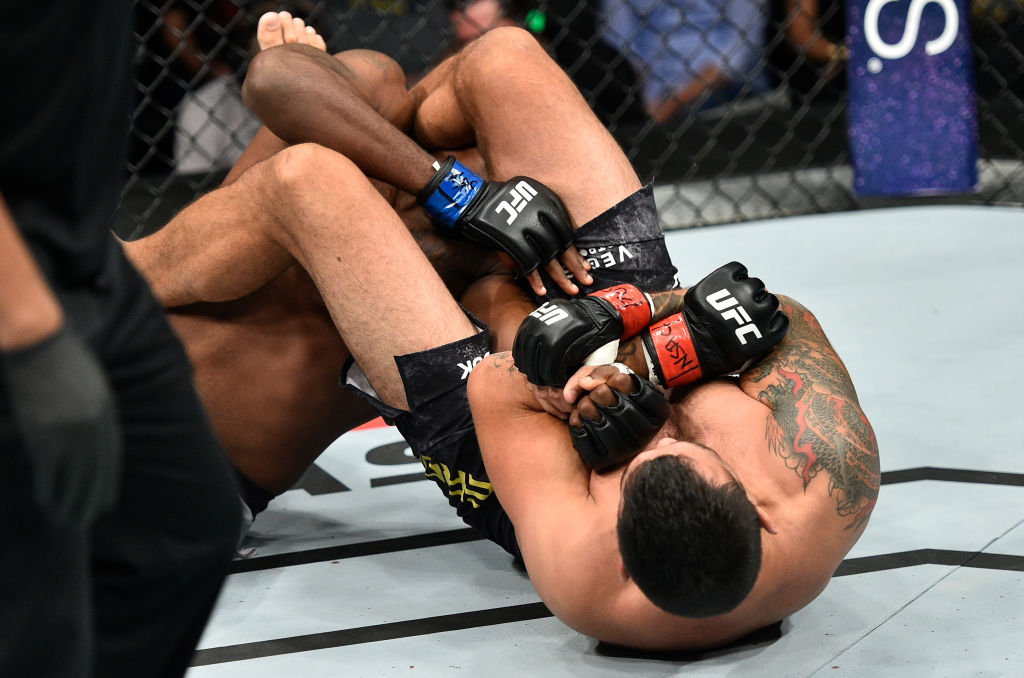 Walt Harris took a shot at UFC 216 Saturday night, stepping up from a bout against Mark Godbeer to a matchup against former heavyweight champion Fabricio Werdum on a couple hours’ notice after an injury to Derrick Lewis took “The Black Beast” off the card. But Werdum was too much for Harris, winning by submission in just 65 seconds at T-Mobile Arena.

Werdum took Harris down in the opening minute, opting against a standup battle with the hard-hitting “Big Ticket.” Harris tried to scramble out of trouble, but as he did, Werdum took Harris’ back and then his arm, with the armbar forcing Harris to tap out at 1:05 of round one.

The first Italian woman to compete in the UFC quickly became the first to get a win as well, as Mara Romero Borella submitted Brazil’s Kalindra Faria in the first round of their flyweight bout.

Borella got the bout to the mat immediately and went to work, getting into the mount position with relative ease. Faria tried to escape, but Borella wasn’t having it, and soon she had her opponent’s back and the rear naked choke, forcing a tap out at 2:54 of the opening round.

Top 15 lightweights Beneil Dariush and Evan Dunham delivered a quality three-rounder in the main card opener, battling hard for 15 minutes before a majority draw verdict was rendered when it was all over. 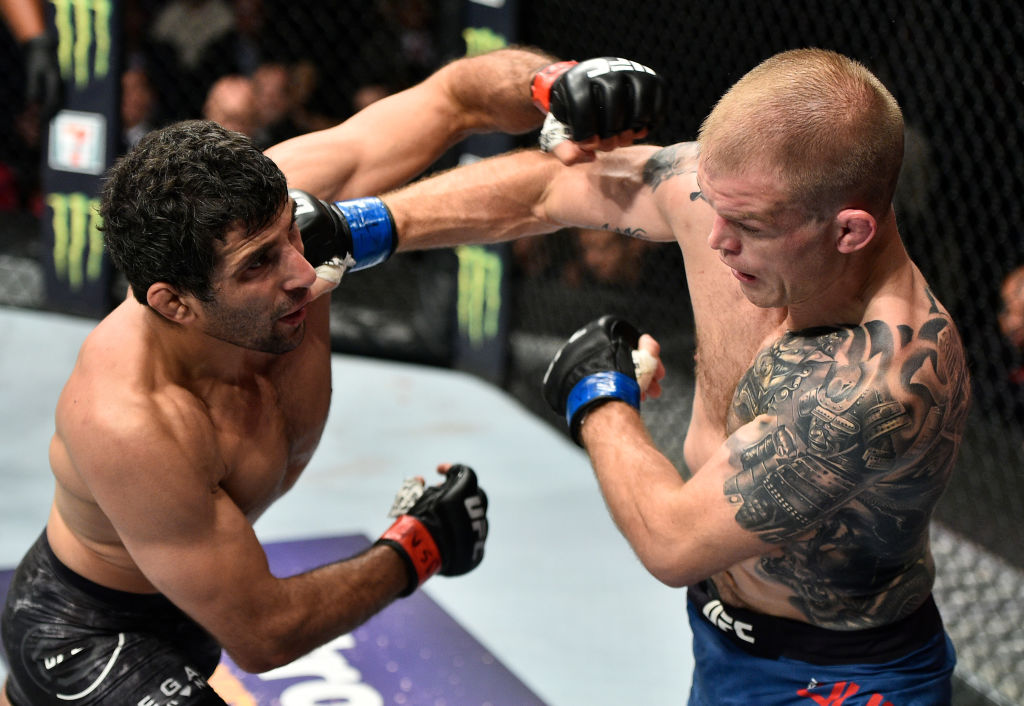 After the two fought on even terms early in the first round, Dariush (14-3-1) landed two elbows that rocked Dunham (18-6-1) and put him on the canvas. The follow-up attack from the Californian nearly ended the fight. But the durable Dunham was able to survive, even making it back to his feet in the final minute.

Dunham got a takedown in the first 30 seconds of round two, putting him back in the fight. Dariush worked for a submission off his back, and while he didn’t pull it off, he did find his way back to his feet. Dunham stayed locked on his foe against the fence for a spell before the two broke, and while striking, the Las Vegan stayed busy as Dariush appeared to tire.

In another compelling round, Dunham and Dariush went at it hard in the final frame, with Dunham surging ahead in the late stages of the bout, making it clear that the majority draw verdict of 28-28 twice and 29-28 Dariush was a just one.