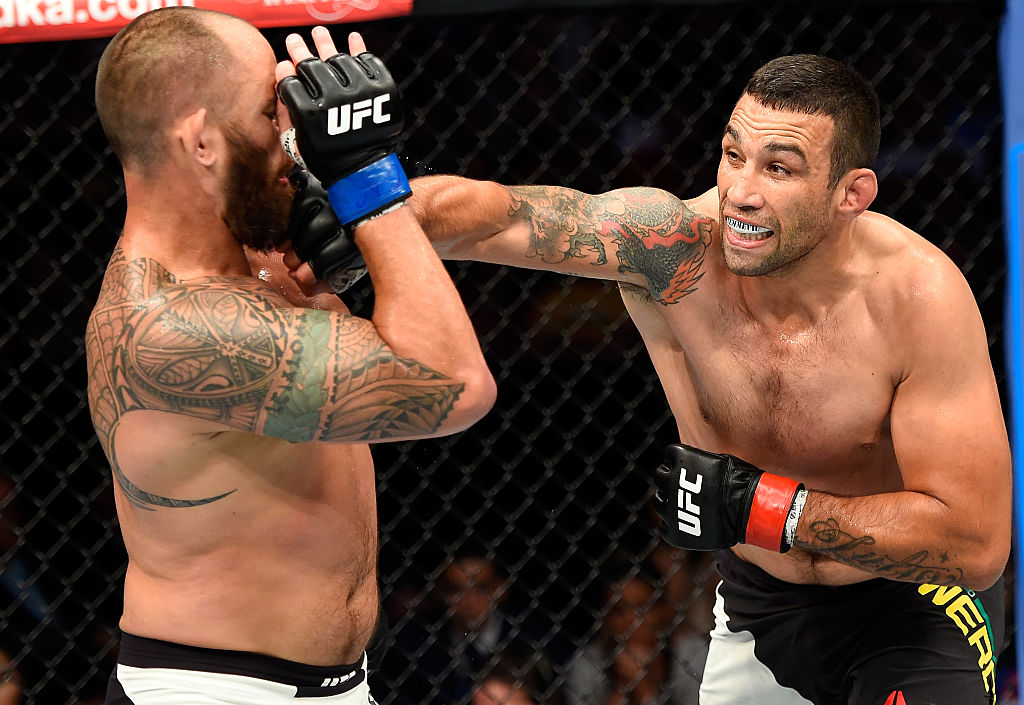 Former UFC heavyweight champion Fabricio Werdum rebounded from the loss of his title to Stipe Miocic earlier this year with a three-round unanimous decision win over Travis Browne in a UFC 203 co-main event at Quicken Loans Arena in Cleveland that was more memorable for a post-fight incident with Werdum and Browne’s corner than for the last two rounds of the fight.

Werdum wasted no time getting down to business, roaring out of his corner with a flying side kick to the face. The No. 8-ranked Browne took it well, but Werdum kept the pressure on. In the second minute, a bizarre sequence took place when Browne apparently injured his finger and asked for a stoppage in the action. He got it, but after a brief pause, he returned to the fight. It was a pause that incensed Werdum, and rightfully so, but the bout continued, with both fighters landing hard shots. With a minute left though, Werdum dropped Browne with a punch to the head, and the jiu-jitsu black belt went to work for the finish but he wasn’t able to get it before the horn intervened.

After the wild first round, the pace dipped in the second frame, both fighters aiming to pick their shots more carefully. Each one delivered was designed to end the fight though, making it another tense frame.

The boo birds came out in round three, as the action slowed even further, and while both got in their shots, it was one and done, with no combination striking by either fighter before the final horn. Unfortunately, the post-fight was marred when Werdum and Browne trainer Edmond Tarverdyan jawed at each other, with Werdum kicking the trainer in the stomach before cooler heads prevailed. 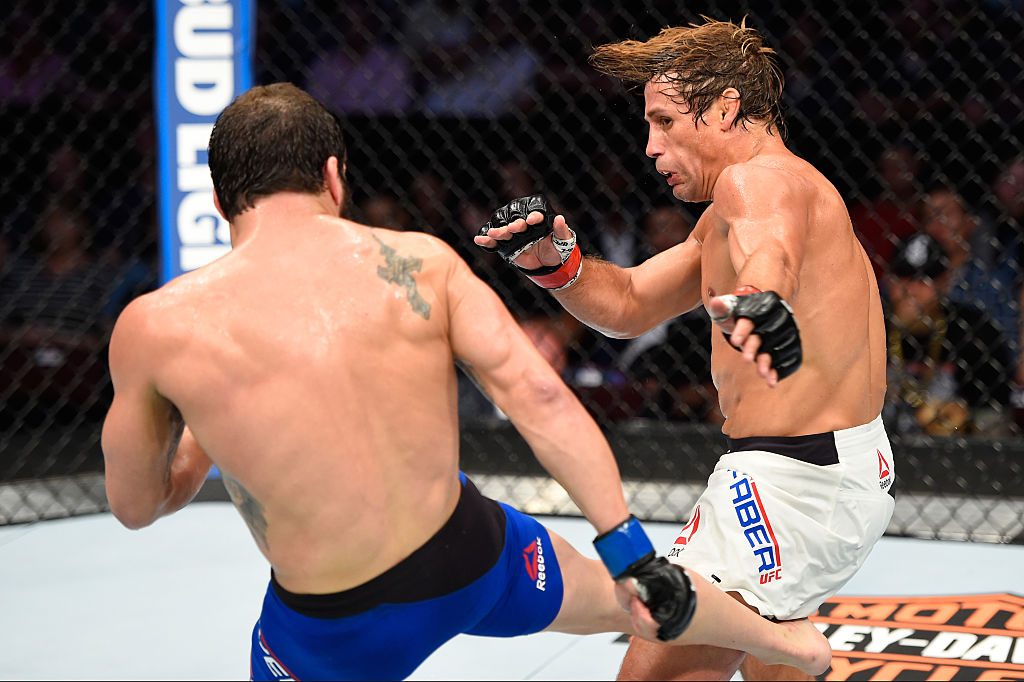 A patient and focused Jimmie Rivera scored the biggest win of his career in bantamweight action, as he won a shutout unanimous decision over No. 2-ranked Urijah Faber.

The opening round was largely tactical as both fighters tried to gauge the strategy of each other, but Rivera’s busier attack appeared to give him an early lead.

In the second, Rivera began to land more flush shots, with a hard left punch upstairs and a low kick that produced a knockdown being the most notable, as it left Faber limping when he rose.

The third was Rivera’s as well, and despite dealing with an eye poke that brought a brief halt to the action, the New Jersey native remained a step ahead of the 37-year-old Faber, who wasn’t able to put together a fight-saving rally. 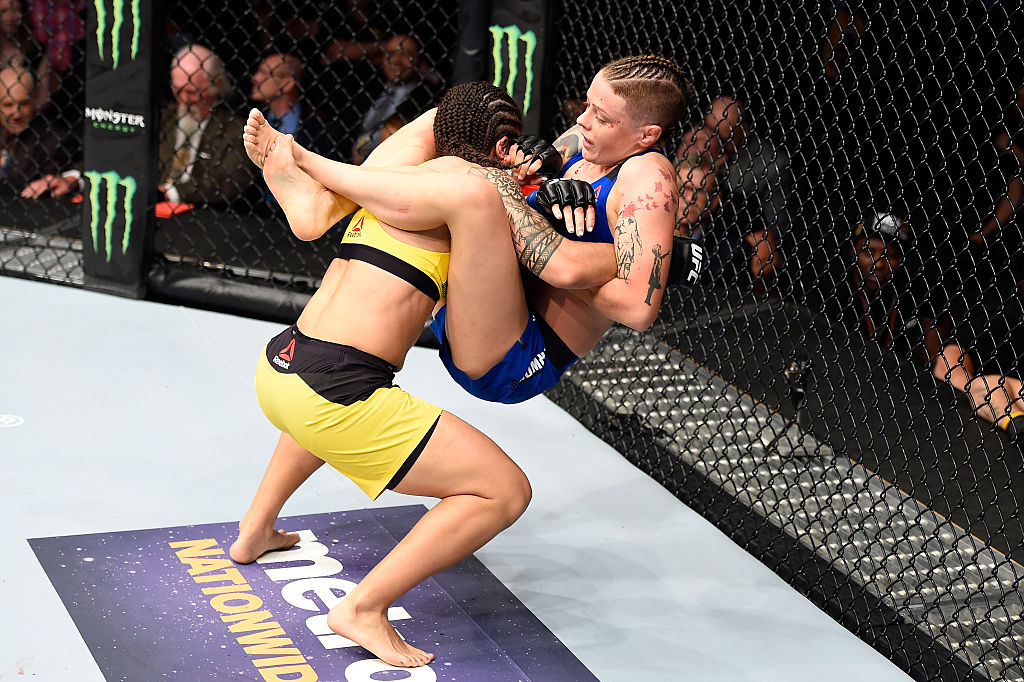 In the main card opener, Brazil’s Jessica Andrade survived a nasty cut over her eye to take fellow strawweight contender Joanne Calderwood down and finish her via first-round submission.

After eating some hard strikes and getting cut over the left eye to open the bout, Andrade got two takedowns, the second one keeping Scotland’s Calderwood grounded. With the blood flowing, Andrade fought with a sense of urgency on the mat as she looked to finish, and after delivering a series of hard strikes, she sunk in the guillotine choke that forced the tap out at 4:38 of round one.