Fabricio Werdum didn’t like it when he was told last October that he wouldn’t be fighting Cain Velasquez for the world heavyweight championship at UFC 180, but that he would instead fight Mark Hunt on that same November 2014 night for the promotion’s interim title.

“At first I got scared because I wanted to fight Cain,” Werdum said. “I’d been preparing for a long time and I had spent a lot of money to be there (in Mexico City, the site of the bout) for two months. And suddenly, the opponent had changed. It was a hard decision.” 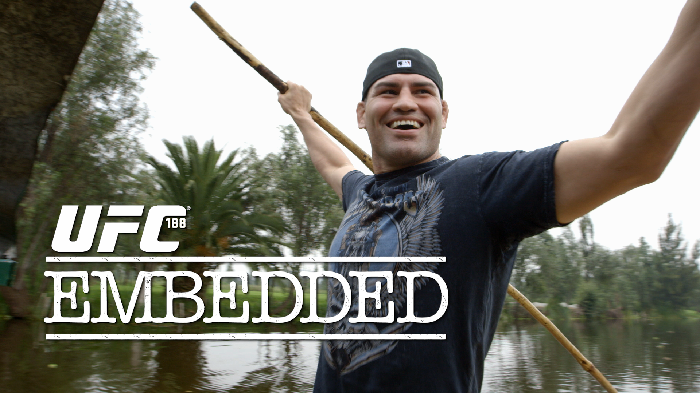 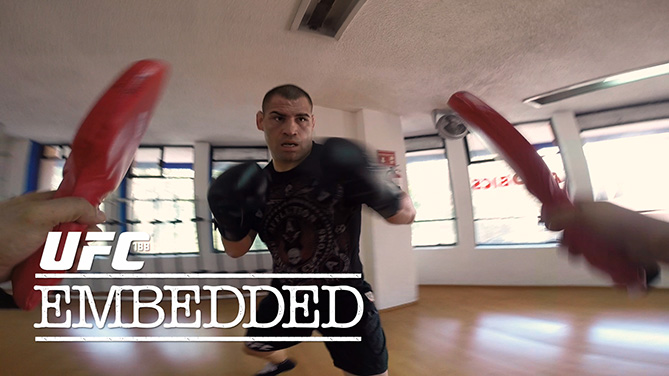 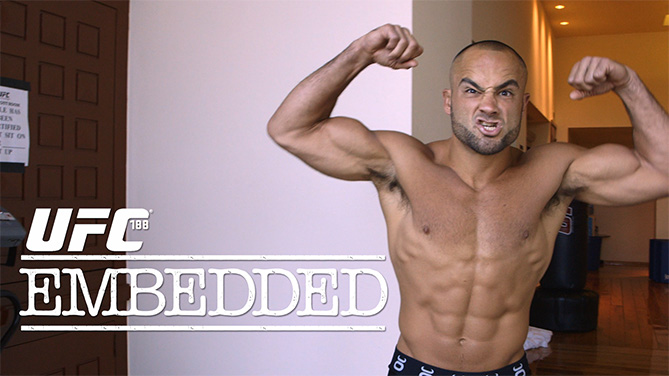 Werdum went on with the bout, but after being dropped to the canvas by Hunt and taken down in the first round, it looked like all those pre-fight fears were well placed. At least until his longtime coach and friend Rafael Cordeiro got in his ear before the second round began. 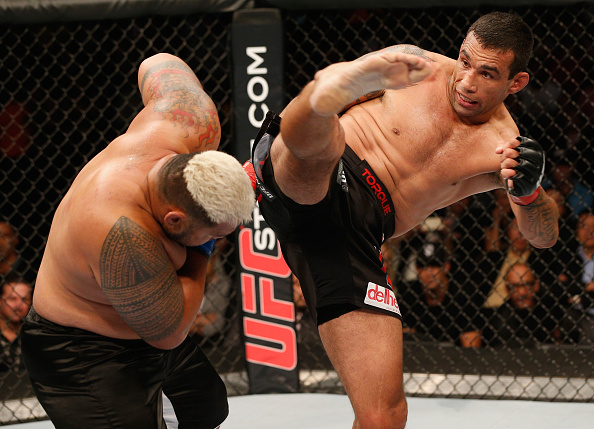 Cordeiro has been preparing fighters for battle for a long time. In the mind of the former Chute Boxe coach, it’s all about the fight. It’s not a sporting event or a points match; it’s about getting your opponent out of there before he does the same thing to you.

Werdum and Cordeiro always respected each other when the two lived in Brazil, but it wasn’t necessarily a friendship. But when both arrived in the United States in the latter part of the last millennium, that quickly changed.

“When he came to live in the United States, we became close friends and I always respected him as a trainer,” Werdum said. “So we’ve known each other for a very long time. We’ve been together around seven years and Rafael Cordeiro is responsible for all my training, for the change I’ve been through from a jiu-jitsu wrestler into a complete MMA fighter. So to me, Rafael Cordeiro is the best in the world.”
> More Content: UFC 180 Remix | UFC 188 Watchlist | Draft Kings Fantasy Facts
Cordeiro’s relationship with Werdum came at a time when the fighter from Porto Alegre was at his lowest. A bright MMA career that took off in PRIDE and continued to rise in the UFC hit the skids on the night of October 25, 2008, when Werdum was knocked out by then-unknown prospect Junior Dos Santos at UFC 90. He was released from the promotion shortly thereafter. 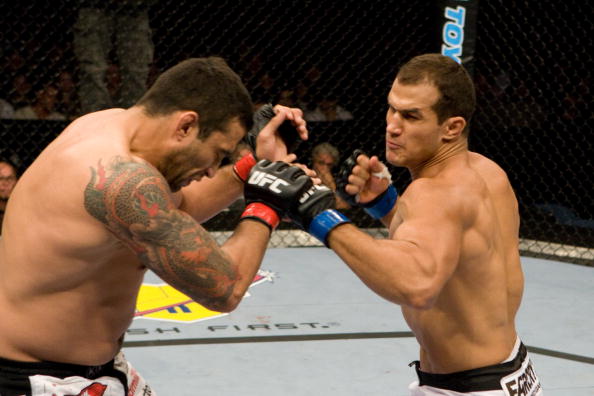 Single at the time, Werdum would eventually get his personal life in order, marrying Karine, with whom he had two daughters, Julia and Joanna. Professionally, he aligned with Cordeiro in Southern California, yet despite his status as a UFC and PRIDE veteran in a sport where good heavyweights are always needed, he couldn’t get a job. It wasn’t until nearly a year after the Dos Santos bout that he signed a deal with the Strikeforce organization.

“I was living here in the U.S., and it was very hard to get this contract with Strikeforce because I wasn’t very known, so no one wanted me as a fighter,” he said. “They didn’t want to hire me or pay me what I deserved. So I talked to Rafael Cordeiro and said ‘look, I’m going to accept whatever they want to pay me, which is very little, but I’m sure I will get where I want to be.’ And that’s what happened.” 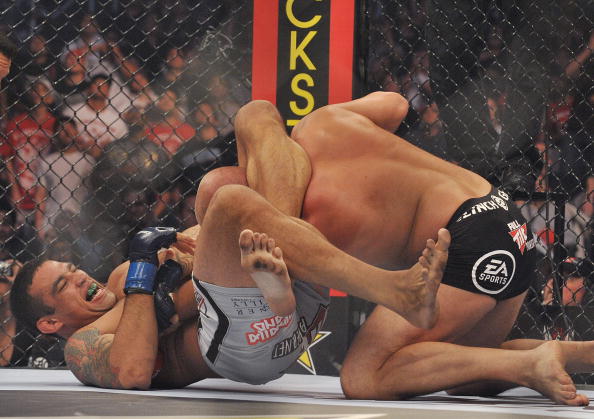 Werdum returned in August of 2009, and by the end of that year he had defeated Mike Kyle and Antonio “Bigfoot” Silva, setting him up for a big fight in June of 2010 against former PRIDE champion Fedor Emelianenko. The Russian star was unbeaten in his previous 28 fights, with the only blemish on his record being a controversial cut-induced stoppage against Tsuyoshi Kosaka almost 10 years earlier, and Werdum was a sizeable underdog.

“No one thought I could win against Fedor,” Werdum recalled. “But I defeated him in 69 seconds. And no one expected that. But I did. I knew I could do it. I always say that the best time of my life was beating Fedor, and when my daughters were born. Those were my best moments.”

The upset submission win over Fedor wasn’t just historic; it changed the trajectory of Werdum’s career forever. By early 2012 he was back in the UFC, and after successive and impressive wins over Roy Nelson, Mike Russow, Minotauro Nogueira and Travis Browne, he was slated to meet Velasquez in the UFC’s first trip to Mexico last November. 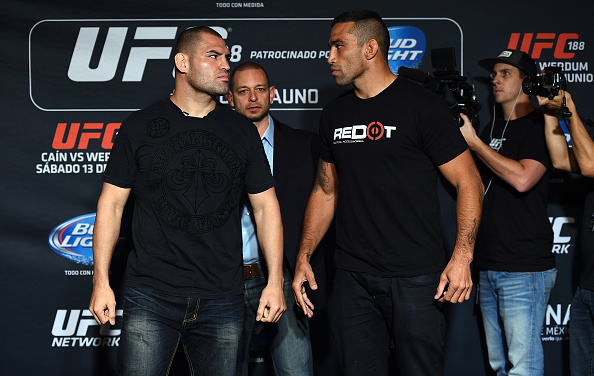 Then disaster struck when Velasquez injured his knee, and it looked like it was striking again after Werdum had a horrible first round against dangerous late replacement Hunt. Cordeiro wasn’t worried though, and Werdum knew it.

“The connection between me and Rafael Cordeiro started many years ago,” Werdum said. “He knows when I’m OK, when I’m tired, when I want to train, and that’s important because when I enter the Octagon and get into the fight, I hear Rafael’s voice and I know when he’s saying something to me. And what we do during training always happens during the fight.”

Cordeiro saw the opening Hunt was giving Werdum. It would have nothing to do with the Brazilian’s world-renowned jiu-jitsu game. Instead, it would be something Cordeiro had taught in one way, shape or form to several Brazilian legends, including Anderson Silva, Shogun Rua, and Wanderlei Silva. It would be a knee that could end the fight; Werdum just had to stay calm, wait for the opening, and hit it.

“Rafael said the situation would happen,” Werdum said. “And it did.”

At 2:27 of the second round, after a knee rocked and dropped Hunt and left him open for a series of unanswered ground strikes, Fabricio Werdum’s hand was raised and he was declared the UFC’s interim heavyweight champion. On Saturday night, he will put his belt up against Velasquez’ in a unification bout that headlines UFC 188 in the same arena where Werdum defeated Hunt. 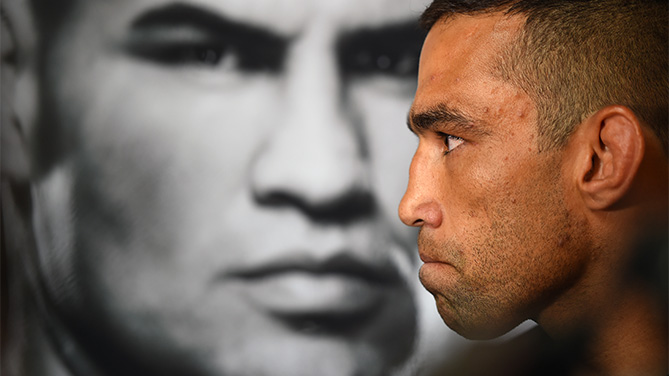 Some have written the 37-year-old Werdum off, saying that his belt isn’t the “real” one and that Velasquez will assert his dominance over the division once more this weekend. Werdum doesn’t let those words affect him, because he’s been here before. And we’ve seen what happens when you underestimate “Vai Cavalo.”

“My motivation now is to become the champion, to show the world,” he said. “If we’re going to do the title unification, if we’re going to unify the titles, it’s because both titles are real. I don’t like it when people say it’s a fake or that it’s not a real title. Then why did they give it to me? It’s a worthy title. I was there to fight.

"It’s not my fault that Cain Velasquez wasn’t. We were going to fight for the belt and suddenly we couldn’t because he was injured. It happened. It’s not his fault, but it’s not mine, either. So I think that the title I have is the real title and I’m going to demonstrate this on June 13. And if I need to shock the world one more time, as I shocked the world in 2010 when I beat Fedor, I’ll do it one more time.”