Welcome to the UFC: Sage Northcutt 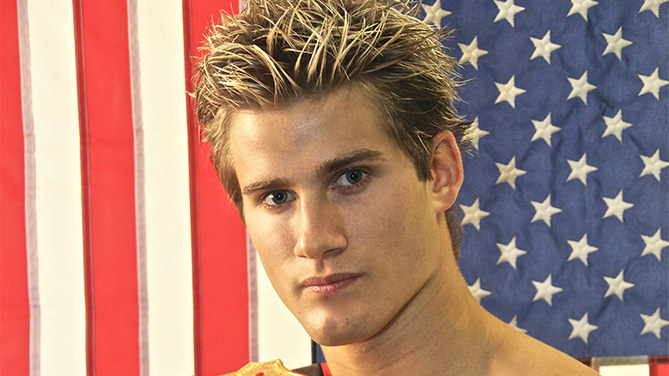 The Texas product has done all that without a single training camp; he doesn’t have the time.

“I’ve never actually had a training camp, believe it or not,” Northcutt said. That’s because he is a petroleum engineering major at Texas A&M and has a full slate of classes Monday through Friday. He fits his training sessions in during the weekends, between homework and class projects.

Northcutt again will forego a traditional camp ahead of his debut at UFC 192 in his hometown of Houston on Oct. 3. But he’ll be ready, he said.

The modern UFC newcomers are usually well-rounded fighters. Most have been training multiple disciplines since the beginning of their career, and Northcutt is no exception. He started karate at age 4 and began competing internationally by 6. He has studied jiu-jitsu since he was 12, has gone 15-0 as a kickboxer, and – just for kicks – took fifth place in the state high school wrestling tournament as a senior after only two months on the team.

Hitting some Elbows at Labrada's headquarters
A photo posted by Sage Northcutt (@supersagenorthcutt) on Aug 15, 2015 at 12:19pm PDT

Super prospects like Northcutt don’t come along very often. He’ll become the youngest fighter on the roster when he takes on Francisco Trevino in a lightweight bout to open the UFC FIGHT PASS prelims. He is looking for his sixth career finish, already racking up a pair of submissions and three knockouts.

Northcutt compares his style to Lyoto Machida, but strives to emulate Georges St-Pierre. He is known for his stand up, but it’s his wrestling and grappling that he feels will separate him from the rest of his division.

“I love [GSP’s] wrestling and the way he uses it in MMA and controls everybody,” Northcutt said. “Most people don’t think I’m a wrestler because they only see my stand up.”

At first glance, Northcutt doesn’t scream fighter. He has more of a One Direction look going on, with his spiked blonde hair and chiseled six-pack. But make no mistake, when the Octagon door closes and it’s time to go to work, Northcutt has proven to be as tough as they come.

“I like to smile and I’m happy and bubbly, so I’m not your typical MMA fighter – being all tattooed up and serious,” he said. “I think that’s something different.”