"Deep inside I knew I’m going back to the UFC one day. When my manager told me I was back in the UFC, I had tears in my eyes." - Andrei Arlovski 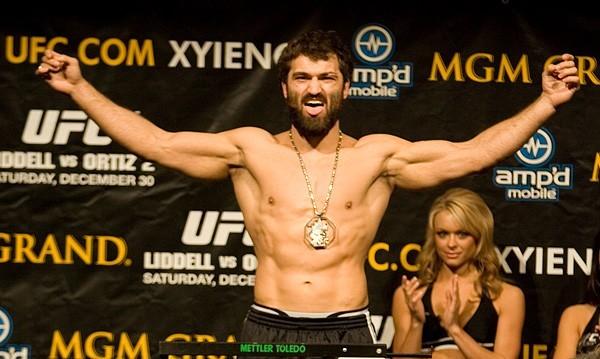 Andrei Arlovski laughs when you ask him what he missed the most from being in the UFC. Just three days after it was made official that the “Pitbull” was returning to the organization where he made his name so many years ago, it was clear that the glow of the news still hadn’t worn off.

“Deep inside I knew I’m going back to the UFC one day,” said Arlovski. “When my manager told me I was back in the UFC, I had tears in my eyes.”

It’s been a long time coming. A former UFC heavyweight champion who held the belt from February of 2005 to April of 2006, Arlovski was a staple among the big men competing in the Octagon, but after three straight wins over Marcio Cruz, Fabricio Werdum, and Jake O’Brien, the Belarus native left the organization in 2008.

“At that time, it was a business decision for me,” said Arlovski. “But I left on good terms, and I think that’s why I probably had the opportunity to come back right now. I never said anything bad about the UFC, and that’s because I am who I am right now because of the UFC. When I started fighting here, I was young and not really a good fighter. But because of the UFC I started living in the States, I fought great fighters, and they gave me a name. Everything that I have right now is because of the UFC. Of course it’s very nice to be back home, and I’m very excited about my second debut in on June 14.”

Facing Brendan Schaub in his June 14 return on the UFC 174 main card in Vancouver, British Columbia, Canada, the 35-year-old Arlovski isn’t the raw talent he was in those early UFC days, when he struggled to a 1-2 record before hitting his stride for a six fight winning streak (all finishes) that established him as one of the most feared heavyweights on the planet.

After his UFC stint, Arlovski had mixed results for a while, beating the likes of Roy Nelson (who he knocked out in 2008) and Ben Rothwell, but also losing high-profile bouts to Fedor Emelianenko, Brett Rogers, Bigfoot Silva, and Sergei Kharitonov.

But since his loss to Kharitonov in 2011, Arlovski has gone 6-1 with 1 NC, showing off a maturity and refinement to his style under the tutelage of Greg Jackson. And while at Jackson’s MMA in Albuquerque, Arlovski has certainly received an up close look at the kind of heavyweights competing in the UFC these days.

“My teammate Travis Browne, he recently fought against Werdum, and I helped him prepare – not for this fight, but before – and he helped for my fights when I fought outside the UFC,” he said. “So of course I kept my eye on the UFC heavyweight division.”

And did he look over and say “I can beat these guys?”

“The most important thing is not to say that I can beat these guys, but to do it. And after that you can open your mouth. I took experience from my previous fights and when you do something, then you can talk about it. It’s simple. Just do whatever you want to say to somebody in the Octagon.”

So don’t expect any trash talk leading up to the intriguing matchup with “The Hybrid” this June. Then again, that was never Arlovski’s style, save for some entertaining banter between him and Tim Sylvia over the course of their four-fight series.

“First of all, he (Schaub) is a young and strong guy,” said Arlovski of his opponent, whose last bout was a first round submission of Matt Mitrione last September. “I believe he’s a top 15 heavyweight, and I’m taking this fight really seriously. He’s a dangerous opponent, and I’m going to sit down with Greg Jackson and his other coaches and they’re going to create a game plan for my next training camp, and I’m ready.”

So how has Arlovski changed since the last time UFC fans saw him in 2008?

“Some things happened to me,” he said. “I lost a few fights a few years ago, I had some personal problems, and I hope I took some lessons from those losses and that life experience, and I hope I became a smarter person than I was six years ago.”

As for the fighting part, he already has that down. The only bad part now is the waiting. But after waiting this long, a few more weeks won't hurt.