Weight lifted off the Murphy's chest after TUF experience 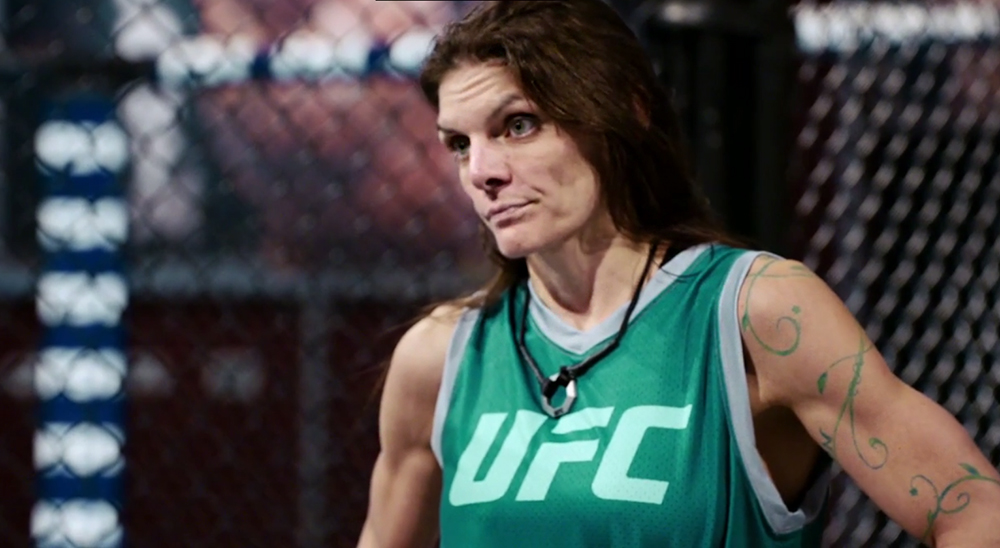 When Lauren Murphy began fighting in 2010, she didn’t imagine that she would be one of the top flyweights in the world just eight years later. She didn’t even expect to still be fighting.

“I thought I was just gonna do one fight and I’ll tell my kids about it someday and my grandkids will talk about how their grandma did a cage fight once and that will be it,” she said. “To me, it was the biggest thing I could dream of, doing one local fight.”

She fought that fight, knocking out Kloiah Wayland in 17 seconds. That wasn’t enough.

“After that, I said I’ll do one more because the first one was so short,” Murphy said. “It only lasted 17 seconds – that’s not a very good story. So we’re gonna have to do another one. So I did another one and after that, there were girls calling me out and so I did them because I didn’t want to look scared.”

Soon, Murphy was all in, and that obsession wasn’t lost on family and friends who wondered what happened to her and what exactly was taking up all her time.

“When I told my friends, they said, ‘That’s what you want to do? Okay,’” she laughs. “They didn’t really understand it, but they were on board right away. ‘We’re gonna support you in this weird, crazy thing that you’re doing.’ My family, not to say that they didn’t support me, but they didn’t take it super seriously until I was in Invicta.

“One Thanksgiving I was training for a fight and I didn’t go to a family dinner because I was kind of sick and I wanted to be able to train and stay healthy,” Murphy continues. “And my sister got really mad at me. ‘I can’t believe that you wouldn’t be here with the family because you’re sick and you’ve got some fight you have to train for.’ Now she comes to my fights in the UFC. At some point, I think she realized how much it’s changed my life and how much of a better person it’s made me. My life has had such a positive turnaround to it and I’ve grown up so much. Everything is so much better. I’m a better mom and a better person and I have a great husband and this wonderful family and it’s because of MMA. When they started to realize that, that’s when they started to appreciate that I didn’t become this barbaric, bloodthirsty savage like maybe they imagined.”

Fast forward to 2017, and Murphy is a former Invicta FC bantamweight champion with four UFC bouts under her belt when she decided to drop down to the flyweight division and compete on season 26 of The Ultimate Fighter.

It was a life-changing experience for the Arizonan, who said that she would do it all over again. That may be a surprising statement considering that she lost her first bout on the show to eventual winner and current 125-pound champion Nicco Montano, got into a heated debate with coach Eddie Alvarez that prompted her to switch to Justin Gaethje’s team, and generally got a ton of abuse on social media from viewers of the show.

“The whole time that TUF was airing, I received so much hate about how s**tty I am and how s**tty of a person I am and how I was never a good fighter,” she recalls. “And it was hard to put that aside. I would sit with my husband at night and I would ask him, ‘Am I a bad person?’ And he would say, ‘No, you can’t listen to those people. They don’t even know you or get to see the real you. You can’t listen to that.’ And I’d be like, okay. Then the next night, I’d be like, ‘Maybe I am just a s**tty fighter and maybe this isn’t the job for me.’ And it was really tough. So to overcome that is a huge deal. There are people out there that can look at comments like that and not take it personally and not internalize it. And I was not one of those people last year. I questioned myself a lot when TUF was airing.”

It’s the curse of reality television, but the beauty of The Ultimate Fighter is that when everything ends, you get to fight for real. And that’s always been Murphy’s comfort zone. So when she was scheduled to fight on the season finale card in Las Vegas on December 1, it was time for the planets to align once more. Of course, Murphy’s Law says that a wrench had to be thrown into the works, so she lost original opponent Priscila Cachoeira due to a visa issue, but was still brought to Vegas as an alternate in case one of the flyweights didn’t make weight.

One of them didn’t – main eventer Sijara Eubanks. Into the night’s championship bout was Roxanne Modafferi, leaving Barb Honchak without an opponent. Enter “Lucky Lauren,” and all was well with her world again.

“When I got to fight week, something just clicked,” she said. “I started feeling a lot of gratitude and I felt like I was surrounded by love and I loved my job and loved who I was and I think that showed in the fight. It was an amazing experience for me.”

Murphy beat Honchak over three rounds, picking up her first win since February 2016. The victory landed her in the number three slot at 125 pounds, giving her career new life in her new division. But it was so much more than that.

“It’s no secret that TUF was so hard for me, and the aftermath of TUF was so hard,” Murphy said. “To go in there and be able to put that aside, that’s maybe one of the first times in my life that I’ve ever been able to control my mind and my emotions. It’s something I’ve worked so hard on, and to be able to do that that week and go out there and perform anyway, even knowing that I had made a million haters on the show and that there were a lot of people rooting for me to lose. To be able to put that aside and go out there and perform as well as I did against an opponent as tough as Barb, I can’t think of another time that a bigger weight has been lifted off my chest.”

Friday night, she faces the No. 2-ranked flyweight contender…Sijara Eubanks. There is the idea that there’s bad blood between the two, but if there is, it’s not coming from the Murphy corner.

“I feel like it was all settled at the finale,” she said. “She (Eubanks) missed weight, I ended up fighting Barb, and I ended up coming out with the win. For me, that just put it all to rest. That is the end of this situation. Nobody is gonna be able to say anything to me that makes me feel bad about this situation.”

And why would they? When you think your fight career is going to be one and done, everything from there is just icing on the cake.

“I do think it’s been a crazy trip,” she laughs. “But I try not to look too far into the future anymore. I used to be big on it. I really just want to be the best Lauren that I can be. If I can do that, then that’s the best way to go.”