Four years ago this month, Chris Weidman shocked the world when he knocked out Anderson Silva to win the UFC middleweight championship. But there was no celebration in the Weidman house as he prepares to face Kelvin Gastelum this Saturday.

“I’m far from reflecting and being excited about what I’ve accomplished,” Weidman said. “It was cool what I did, but my goals are still very high and I haven’t accomplished what I want to accomplish yet. So for me to sit back and enjoy that, it’s just not in me, and I don’t put too much thought into that day. I’ve got so much on my mind that I’ve got to still prove.” 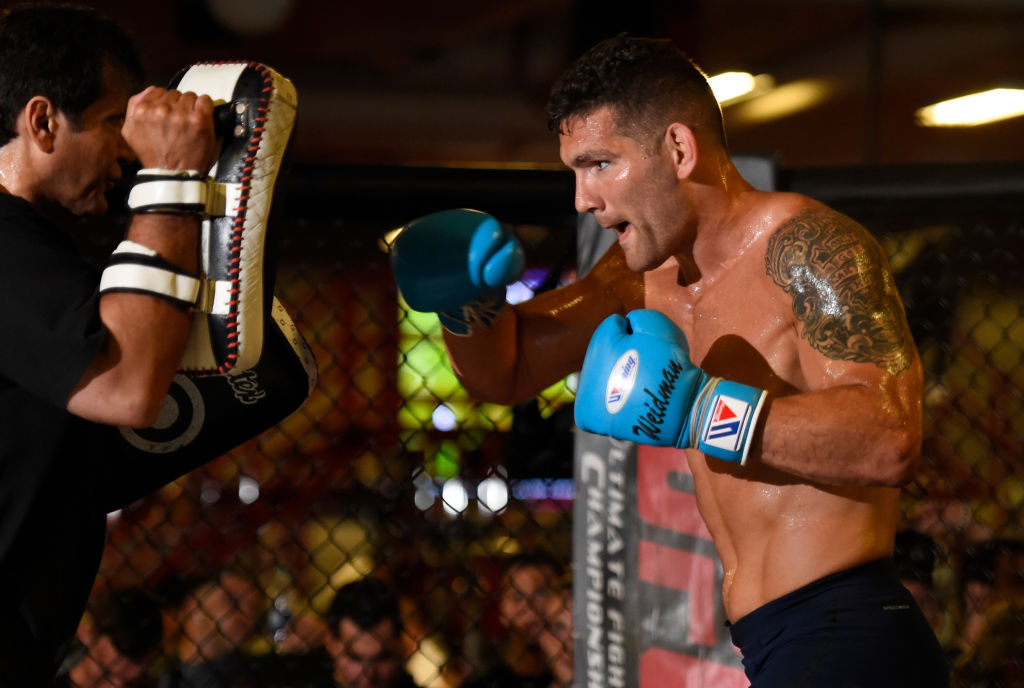 Since beating Silva at UFC 162 in July 2013, Weidman repeated the win over “The Spider,” then successfully defended his 185-pound crown with wins over Lyoto Machida and Vitor Belfort.

All was well. Until it wasn’t anymore. In his next three fights, Weidman suffered the first three losses of his career. One. Right. After. The. Other.

Yet as the defeats to Luke Rockhold, Yoel Romero and Gegard Mousasi stripped him of his title and his air of invincibility, they also came with asterisks or explanations.

The UFC 194 bout against Rockhold was up for grabs before the then-champion threw an ill-advised and uncharacteristic wheel kick that led to Rockhold getting a takedown and seizing momentum and ultimately the fight.

Then Weidman was winning his UFC 205 matchup against Yoel Romero before getting caught and stopped by a flying knee in the third round. He also had the lead in April’s fight against Gegard Mousasi before a controversial ending left him with another TKO defeat.

“It’s the dice that were rolled for me,” Weidman said. “I’m a religious guy, I think it’s part of God’s plan, and I’ve got to stay positive. It’s not the plan I would have chosen for myself, but I think God has a bigger and better plan for me.

“I think I was winning all those fights, then things happened, but I don’t let it beat me mentally,” he continues. “I don’t let the critics that look at my record and say I’m on the downswing change my mind set. I feel like I’m getting better and better. If I was a guy who was in the training room and the guys I was beating in the practice room started beating me and I felt I was declining, I would be a little negative about everything that’s gone on. But that’s not the case. I’m still on the path of separating myself from other people and I still feel like I’m in the prime of my career, so I can’t let an event, a fight, dictate my potential.” 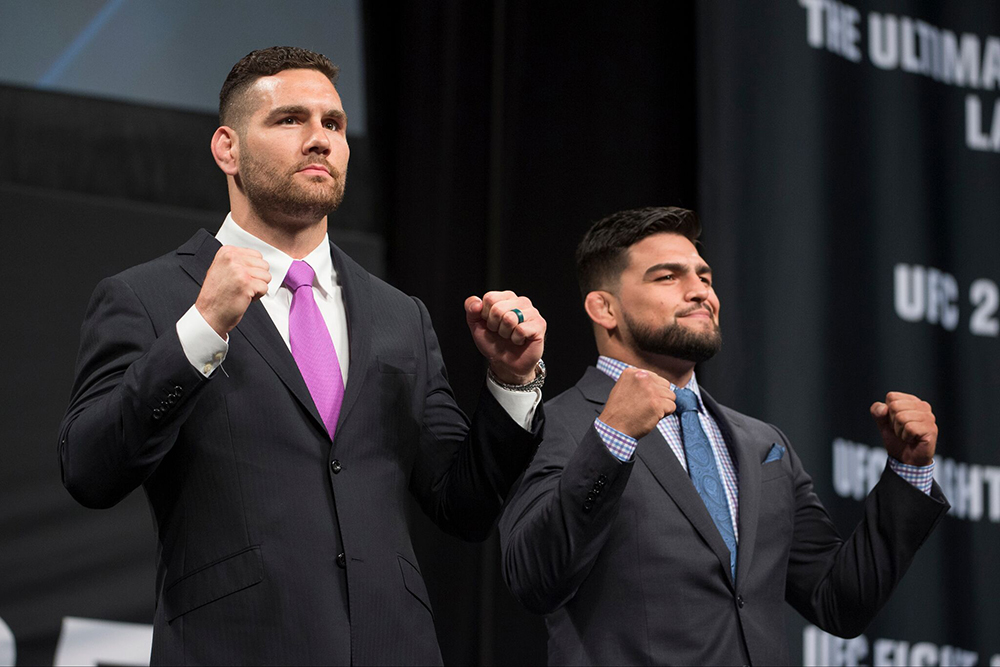 So he’s still King of the Gym?

At least Weidman hasn’t lost his sense of humor, and given that he’s still just 33 and has put in solid performances in his last three bouts, it’s not out of the realm of possibility that he is still in his prime as a fighter. But he knows he will be judged by Saturday’s performance against Gastelum, with an added pressure being that the fight will be in his hometown of Long Island, just a 20-minute drive from his home and seconds from his gym.

Two years ago, the idea of a Long Island UFC show without Weidman would have been blasphemy. But after the Mousasi bout, family and friends didn’t necessarily want him to fight in New York State for a third consecutive time. But Weidman wasn’t missing this one.

RELATED: Watch Weidman in a special Long Island edition of Road to the Octagon | Joe Rogan previews Weidman vs Gastelum

“I think if it was any other place in New York, I probably would have passed on it,” he said. “But it’s Nassau Coliseum in Long Island, so that show’s too good to be true. I couldn’t turn that down.”

He didn’t, and he will be there on Saturday, eager to get a win and get to the point where he won’t have to talk about this losing streak anymore.

“That’s gonna be a nice feeling and a big relief,” he laughs. “I’m not the type of person who likes to prove things with my words. I don’t like to talk people into believing in me and trying to get people to jump on the bandwagon by telling them how good I am. I think the best way to do that is by proving it in actual fights. Unfortunately, in MMA, there’s a lot of time between fights, so I’ve got to wait and be patient and be able to prove myself with my actions. And I’m ready to do that very soon.”

How soon? Saturday soon. That’s when “The All-American” hopes to remind people just who he is.

“If I was getting blown out in these fights and felt these guys were just more talented and on a different level than me, I would probably be done with this sport,” Weidman said. “I’m in this sport to be the best in the world, and the second I think I’m not the best in the world is when I’m done. And in none of those fights did I feel like these guys were really better than me. They had a better night and it ended up to be better for them. But that’s part of the game. You’re gonna have some bad ones and some good ones. It’s ended up bad for me the last three times and I just have to narrow the chances of that ever happening again.”