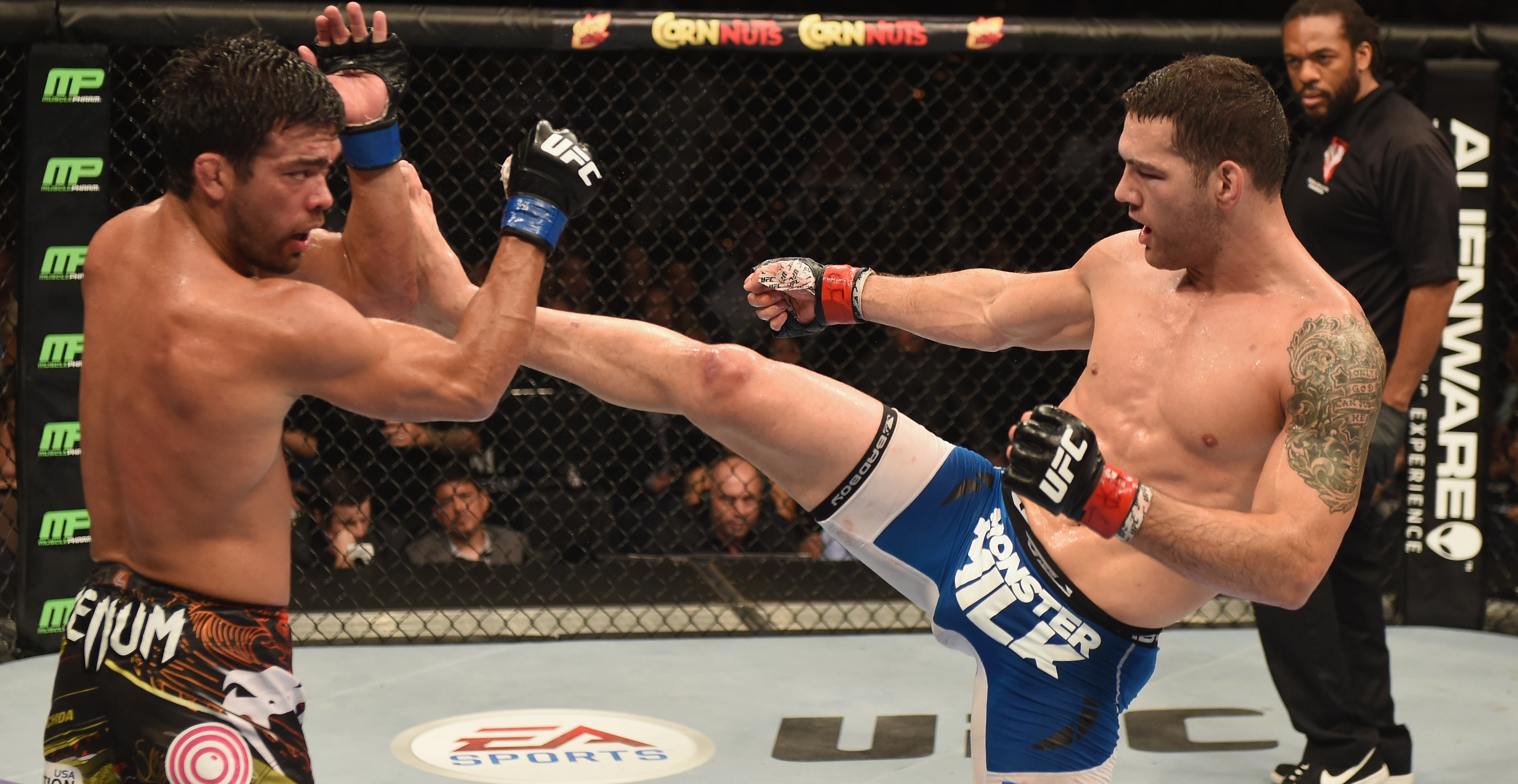 LAS VEGAS, July 5 – If anyone ever says that a championship belt doesn’t mean anything, they obviously never saw Chris Weidman and Lyoto Machida fight for it Saturday night at the Mandalay Bay Events Center. But after five heated rounds, a winner had to be declared, and it was the unbeaten middleweight champion from Long Island, who won a hard-fought unanimous decision over Machida in an instant classic.

“He’s as good as I thought,” said Weidman, who retained the belt he won from Anderson Silva in July of 2013 for the second time. “He’s really tricky and tough as nails.”

“The plan was to keep it standing,” said the gracious Machida, a former UFC light heavyweight champion. “Chris Weidman is a tough opponent; he’s the true champion and he deserves the title.” 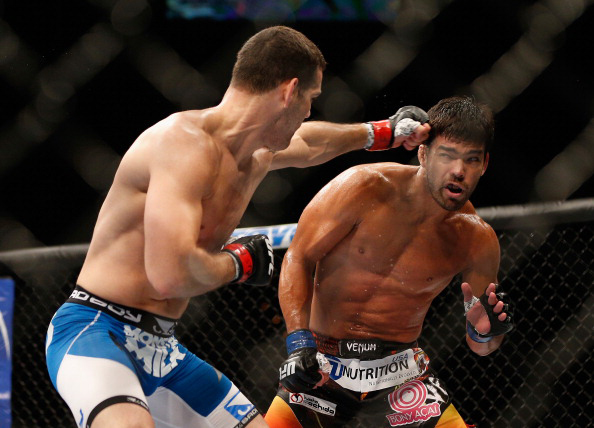 Weidman opened the fight with three kicks that didn’t hit that mark but that broke the ice immediately. Machida’s defense was up to par as usual, but he was taking his time getting into the bout offensively. In the second minute, a Machida kick was caught by Weidman, who looked for a takedown, but the Brazilian fought it off effectively. Weidman kept the pressure on, now focusing on his punches upstairs as well as the kicks to the body and legs, and he was getting the attention of Machida, who did little on the offensive end.

It sounded like a World Cup soccer game in round two as the two continued to battle, Machida just missing with a heat-seeking missile early on and Weidman continuing to press the action with a varied array of strikes. With a minute left, Weidman went all-in on the takedown and got it, pinning Machida to the fence. From there, he finished the round with ground strikes and some shots in the clinch as Machida rose to his feet.

Machida showed more urgency as the third commenced, and while Weidman blocked a couple of head kicks, he also saw his first two takedown attempts come up empty. The third hit its mark, though the action stalled on the mat. Midway through the round, the two rose and traded hard punches near the fence. Weidman briefly rocked Machida a few seconds later, and after missing a guillotine choke attempt, he dumped the challenger onto the seat of his trunks. Machida took some punches and rose, but Weidman slammed him back down emphatically. After getting some more punishment on the ground, the now bloodied Machida rose just before the horn.

Machida tried to get back in the fight with two hard kicks to open round four, but all that got was a 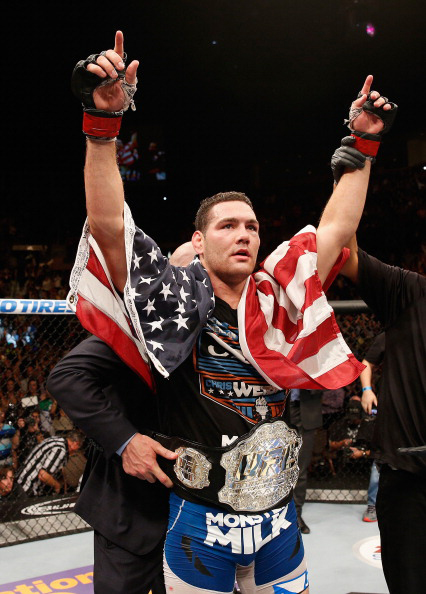 wave from Weidman to bring it on. Machida did avoid a takedown by the champion, and midway through the round, he showed signs of life in the stand-up game as he landed with punches and kicks on Weidman, causing the crowd to erupt. Weidman started to show signs of fatigue for the first time, as his punches didn’t have the same pop on them, and when Machida tossed off another takedown attempt and went all-out offensively, ending the round with a flush left hook to the chin, it looked like a new fight in there.

With his left eye rapidly closing, Weidman still pressed the action in his first visit to the fifth round, but Machida’s takedown defense was airtight and he was having more and more success tagging the champion. Weidman wasn’t about to go away that easily, resulting in some tense close range exchanges that saw each fighter take turns stunning the other. With under two minutes left, Weidman finally got the bout back to the mat, and with under a minute remaining he was able to take the challenger’s back. There was no end to Machida’s gameness though, and after fighting his way back to his feet, he fired off a barrage of shots in the closing seconds that thrilled the crowd once more. And when the final horn sounded, they know that they saw a fight, one they won’t forget anytime soon.