Weidman to face Mousasi at UFC 210 in Buffalo 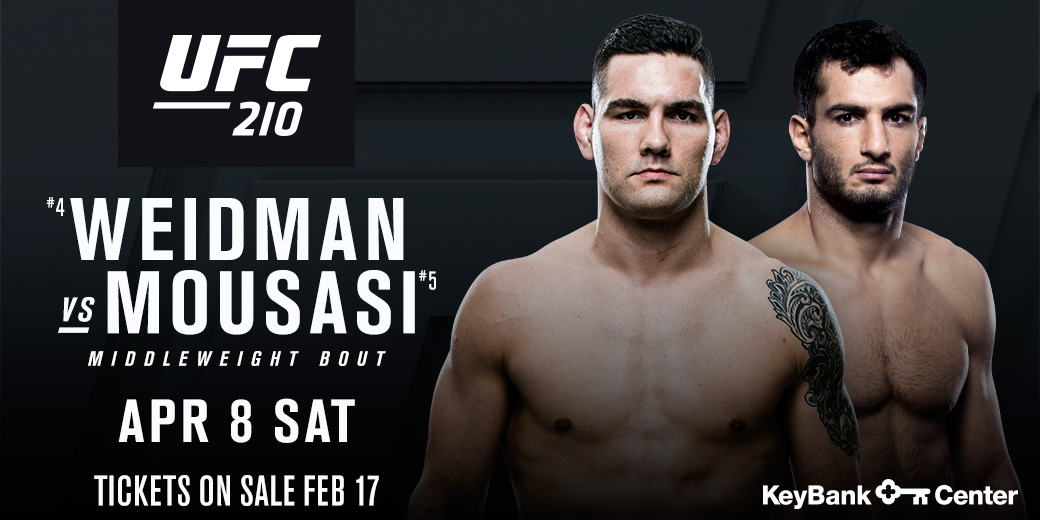 Middleweight contender Gegard Mousasi has been calling for a fight with former 185-pound champion Chris Weidman, and on Apr. 8, he will be granted his wish. The only catch is that he’ll have to go to Weidman’s home state of New York to get the fight, as the two meet in a UFC 210 bout at KeyBank Center in Buffalo.

The fighting pride of Baldwin, Weidman held the UFC middleweight crown for over two years after beating Brazilian icon Anderson Silva for the title, and while the No. 4-ranked contender already holds wins over the likes of Vitor Belfort, Lyoto Machida and Demian Maia, he wants to add Mousasi’s name to that list while making his case for a shot at regaining his title in 2017.

The Netherlands’ Mousasi has been at the top of the sport in the middleweight and light heavyweight divisions for years, but after putting together a stellar four-fight winning streak that includes finishes of Belfort, Thiago Santos and Uriah Hall, the only thing on the No. 5-ranked contender’s mind is getting a title shot, and with a win over Weidman in April, he will move a step closer to that goal.