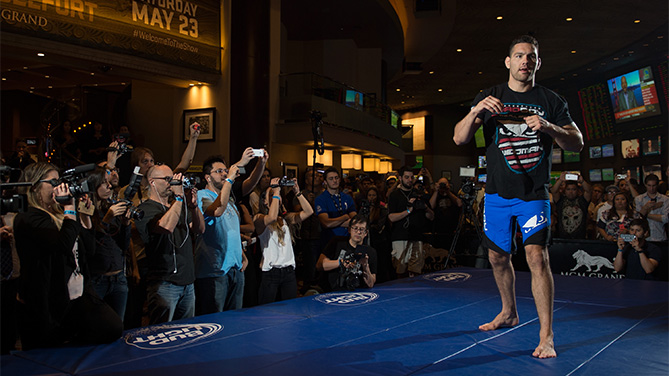 Chris Weidman was in a very good mood Wednesday afternoon. He kissed a baby, smiled and waved at the crowd who came to watch him work out at MGM Grand, then led fans in singing happy birthday to his head coach, Ray Longo, who turned 57.

Four days from a fight to defend his middleweight championship, Weidman was all grins.

“I’m just enjoying it, man,” he said later. “This is what I love to do. This is like breathing for me. This is the best time in my life right now.”

It should be. Weidman (12-0) is a heavy favorite to defeat No. 3-ranked Vitor Belfort, who hasn’t fought since November 2013. After twice defeating Anderson Silva, once by knockout, Weidman believes fans are now acknowledging how good he is.
> READ: Cormier-Johnson Open Workout Story | Cowboy Cerrone | Anthony Johnson Strikes Back | Daniel Cormier's Second Chance | Fighter's Take: Cormier vs. Johnson 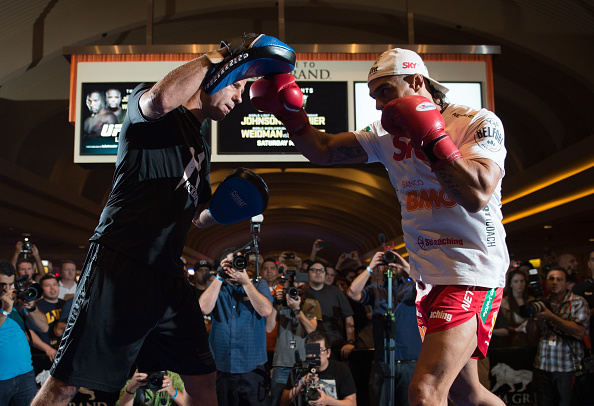 “I knew I was the favorite,” he said. “I didn’t know I was 5-1. I’m not very surprised. I think people are starting to get it. I’m here to have a good time, but I’m here to hold the belt and create a legacy for myself.

“I’m here to become the greatest of all time. I’m here to retire undefeated. I have goals for myself. I have dreams, and no one is stopping me.”

Belfort (24-10) has accomplished much of what Weidman wants. He previously held the UFC light heavyweight title, began his MMA career in 1996 and finally has his long-awaited shot at the middleweight belt.
> WATCH: Countdown to UFC 187: Weidman vs. Belfort

The fact he’s a sizable underdog doesn’t bother him. 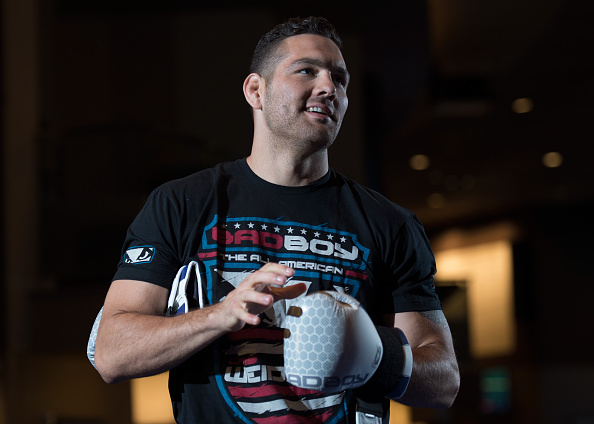 “It depends on who you ask,” he said. “That’s the thing. Me and my team and my family, we are confident. I don’t gamble, I’m not a fan of gambling. If you believe, that’s the key. You’ve got to believe.”

Weidman said he doesn’t think Belfort’s long inactivity will be a factor. Belfort’s last bout was a first-round knockout of Dan Henderson 18 months ago.

“You could say I have ring rust,” Weidman said. “I’ve been out 10 months, I think, since my last fight. I’ve come back from long layoffs before and done amazing. I don’t put much into that.”
> WATCH: Chris Weidman - Singular Focus Part 1 | Part 2

Weidman has been pointing toward Belfort for a while, even to the point of putting a picture of his Brazilian opponent on his refrigerator at his home in New York. 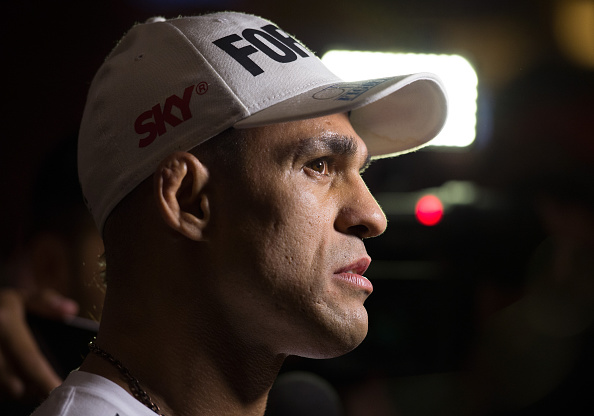 “It’s all about reminding myself,” he said. “Sometimes you wake up and you’re tired in the morning. You’re making breakfast and hanging out with your kids. It’s hard to go to work. To have that on my refrigerator for me and my family to see keeps my goals in front of my face and keeps me working hard.”

He said he expect to see an energized Belfort in the Octagon.

“I expect the toughest Vitor Belfort we’ve ever seen, a guy who’s been hungry to get this belt,” he said. “He’s been focused on me for a long time.