Weidman and UFC Execs Reflect on a Long Journey to NY 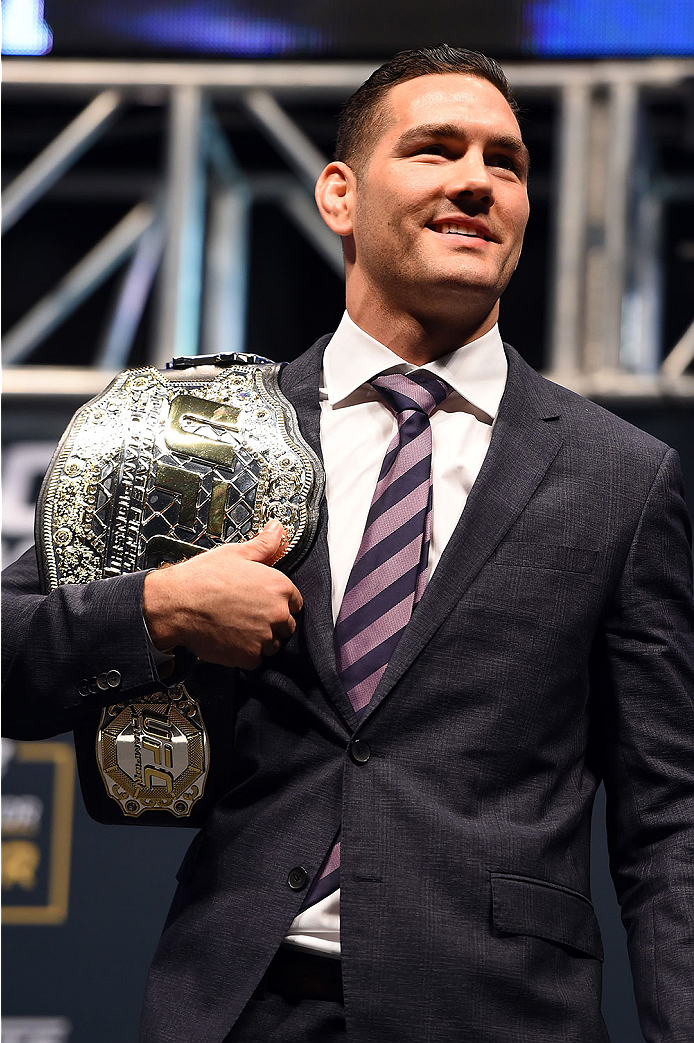 Former UFC middleweight champion Chris Weidman was always an optimist when it came to fighting in his home state of New York, but even the staunchest “glass half full” type of person could have been discouraged during the more than eight-year quest to get mixed martial arts legalized and regulated in the Empire State.

Tuesday though, Long Island’s Weidman had reason to smile, as the MMA bill finally passed in New York, paving the way for it to be signed into law, and opening the door for Weidman and his peers to ply their trade close to home.

“I’ve been fighting now for seven years and missing out on opportunities to fight in front of my family, friends and the fans here in New York,” he said during a media teleconference following the 113 to 25 vote in Albany. “Every year you hope and it kept falling through. So for it to finally happen, it’s a dream come true for me, and it’s a dream come true for all these New York fans.”

And for the fighters. Twenty-one members of the current UFC roster live in New York or have ties here, and you can guarantee that every one of them hopes to be on the card when the UFC puts on its first event in the state. UFC Chairman and CEO Lorenzo Fertitta hopes to have at least one and possibly two events before the end of the year, and Weidman – who looks to regain his title against Luke Rockhold at UFC 199 in June – has already claimed dibs on a spot on the UFC’s first show at Madison Square Garden. It’s an event Fertitta expects to pull all the stops out for.

“I think it’s going to be an epic moment for the sport and for our company,” he said. “When we go to New York and eventually debut at Madison Square Garden, me and (UFC President) Dana (White) and the rest of the team are going to be very focused on delivering for the fans and we’re going to put together the best available matches that we can. We want to knock it out of the park and we want to deliver to New York in a big way.”

There is plenty of excitement around the UFC offices in Las Vegas and around the world after winning this arduous fight to get the 50th state to finally vote to legalize MMA, and after eight-plus years, Fertitta has no doubt why there was a change in the weather in 2016.

“The obvious thing that changed was that we had a new speaker in Speaker (Carl) Heastie, who was at least willing – whether he supported the bill or not – to let the democratic process play out,” he said. “And that was more than could be said for the prior speaker.”

That prior speaker, Sheldon Silver, was forced out of office and convicted of federal corruption charges in November of last year. This year, the MMA bill finally got the chance to go to a vote, and it won big. Marc Ratner, the UFC’s Senior Vice President of Regulatory Affairs, believes it all came down not just to opportunity, but education.

“I think it was as much about education and talking to these people over and over again, and we finally got to the point where they started realizing that it is a sport and it needs to be regulated,” he said. “It’s very exhilarating.”

“I was comparing it almost to an eight-year pregnancy and finally the baby was born tonight,” Ratner said. “I look back and it was frustrating, but today I’m thrilled. I don’t care what happened in the past. You go forward now and that’s the great news.”