It’s been 10 years since the final WEC event.

It was a time when the WEC was king for lighter weight fighters. Instead of Conor McGregor and Jon Jones, it was Urijah Faber, Cowboy Cerrone and Cub Swanson who ran wild.

“You’d have 12 fights on a card and you’d have, like, six Fight of the Nights,” UFC and WEC veteran Clay Guida recalled.

The WEC would go on to host a slew of future UFC champions and household names.

With the memories of the WEC fresh in the minds of fighters and fans alike, take a second to see what fights the stars of the WEC miss the most!

“I’d have to say Leonard Garcia vs Korean Zombie. It was 15 minutes of two guys leaving it all in the cage. To this day, one of the best fights I’ve ever seen.” 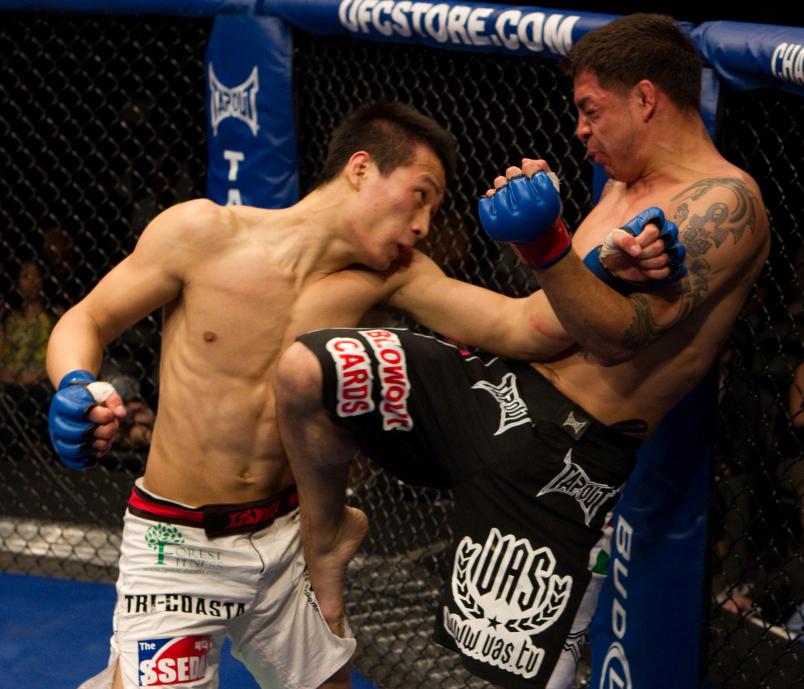 WEC Record: 9-3
“My favorite fight is me against Jens the first time. It was the first time we ever did a WEC huge run up. Jens was the ex-champ and a legend. It was also the first time I got to use ‘California Love’ for my walk out and put my hair in cornrows.”
Urijah Faber vs Jens Pulver 1 here: https://ufcfightpass.com/video/32801

WEC Record: 5-3-1
“WEC 36 was a great night. Cowboy and Rob McCullough stole the show with Fight of the Night. I battled with Jens Pulver and got a KO bonus. That was a close second, but my favorite fight, of course, had to be with the Zombie. I had heard he was coming to the WEC and I was excited because I knew we would cross paths. Cub Swanson was in Albuquerque and we were helping him get ready for the Zombie and he broke his hand three weeks out from the fight. I was not in camp; I was just a sparring partner for Cub, but the excitement of fighting a monster like the Zombie was too intriguing, so I took the challenge. To this day that’s the most fun I’ve had in a fight to date. I broke my hand at the two-minute mark in the first round. It was completely numb until after we stopped fighting and they took my glove off.”
Leonard Garcia vs Korean Zombie here: https://ufcfightpass.com/video/29151 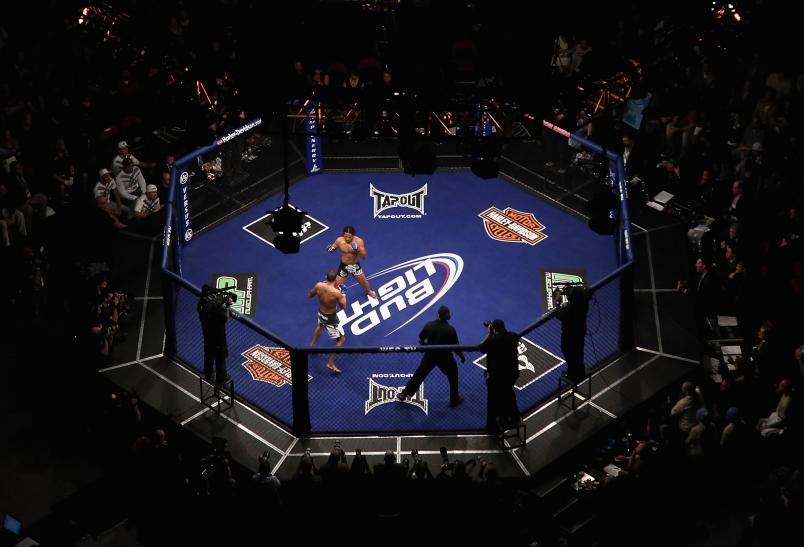 Ben Henderson (top) fights with Anthony Pettis during the Lightweight Title bout at Jobing.com Arena on December 16, 2010 in Glendale, Arizona. Anthony Pettis won by decesion in the 5th round. (Photo by Christian Petersen/Zuffa LLC)

WEC Record: 3-0
“Nick Diaz (vs Joe Hurley) is probably one of my favorites. If I could say another it’d be Razor Rob when he went against Cowboy. Nick and him were both really tough, local guys trying to jump up on the scene. I fought earlier that day, so I got a chance to see Nick take him down and hit him with a beautiful kimura. To this day I still use that technique.”
Nick Diaz vs Joe Hurley here: https://ufcfightpass.com/video/33606

WEC Record: 7-1
“My favorite fight in WEC was beating Brian Bowles because he had put together a strong streak of finishes. I took the belt from him in 2010 for my first televised championship. We both broke our hands in the second round. He didn’t answer the bell beginning of third round, kindly handing me the belt.”

WEC Record: 2-0
“I’d say my first fight in the WEC. I fought Chuck Grisby and it was in the Arco Arena where the Kings played in Sacramento. There were over 10,000 in attendance. We fought at light heavyweight, he stood at 6’8” with an 82-inch reach and I stood at 6’0” with a 65-inch reach. During the fight he caught me with an uppercut as I shot for a double leg. I ended up taking him down. While being in the top position I was able to use my Donkey Kong punches to get a TKO. Definitely a great fight to get started in the WEC!”
Mark Munoz vs Chuck Grisby here: https://ufcfightpass.com/video/33495

WEC Record: 1-1
“My favorite fight was obviously when I got my first win in the WEC against Zach Micklewright. It was a quick one, a knockout. I was still coming from a local scene, Texas, Louisiana, Mississippi area, so to go out to Las Vegas and fight in the Fight Capital of the World was big. I think I was 20 or 21 years old; it was just such a big moment. I proved to myself that I belonged with the top guys.”
Dustin Poirier vs Zach Micklewright here: https://ufcfightpass.com/video/32709

WEC Record: 4-2
“My favorite fight in the WEC was my fight against Bendy Casimir. It was my first real win by KO and most of my family was there at the arena in Ohio to watch it.”
Ricardo Lamas vs Bendy Casimir here: https://ufcfightpass.com/video/32199

"I remember the fight between Faber and Aldo at WEC 48. Their fight was the first PPV of WEC and I think their fight combined the UFC and WEC. It showed Aldo's skills and Faber never giving up."

For the FULL WEC library and thousands of other classic fights sign up for UFC FIGHT PASS NOW!