Waterson's Path To Success: "Be Me"

There are instances in life where you can witness someone being successful and still come away thinking that they have more to give; that as well as they are doing, there is something more inside of them, waiting to be unleashed upon the world, but for one reason or another, it just hasn’t happened.

Whether we’re talking about the office superstar who files their TPS reports on time, every time, cover sheet and all, who profiles as a potentially great manager or an elite athlete who is performing well, but shows flashes of even more greatness lingering under the surface, it’s easy to envision watching them take the next step and flourish.

But there are no guarantees that it will happen.

Sometimes promotions go to the wrong people or potential is squandered, while other times, the people just can’t seem to get out of their own way or put everything together at the right time in order to make the leap.

As far as UFC fighters go, Michelle Waterson is one of those athletes who has established herself as a Top 10 talent, but still continues to show flashes of tantalizing potential that makes you believe a run at the strawweight title is always right around the corner.

The 33-year-old’s last two years in the Octagon are a perfect example of that concept.

In 2017, Waterson suffered a pair of losses, first losing to current champion Rose Namajunas and then getting outpointed by Tecia Torres in a fight that was even closer than the final tallies indicate. Last year, the Albuquerque resident rebounded with a pair of victories, edging out Cortney Casey in a hard-fought battle that showed her resilience before turning in an even more impressive outing against fellow veteran and Fight Girls cast member Felice Herrig at UFC 229.

In each of those contests, there were moments where Waterson looked like the part of an elite fighter capable of challenging for championship gold, but there were also spots where the talented veteran couldn’t pull the trigger and didn’t perform to the best of her abilities.

“To me, it’s the comfort in the cage and under the lights and having the confidence in my skills as I go into the cage,” Waterson said when asked about the missing piece that can help her take her career to the next level. “I know I have what it takes. I’ve been in the Top 10 for as long as I’ve been in the UFC, so it’s just time for me to go out there, be myself and perform.”

Waterson gets the opportunity to do just that this weekend in Philadelphia when she squares off with perennial contender Karolina Kowalkiewicz in the middle of Saturday’s main card in “The City of Brotherly Love.” 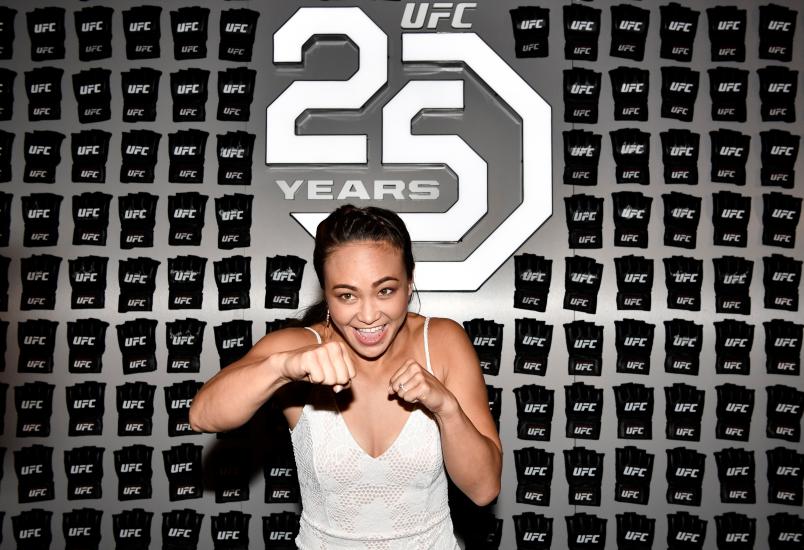 For Waterson, whose daughter Araya made major social media waves last week with her Girl Scout cookie pitch to Dana White that netted a major order from the UFC President, the ability to put everything together at the right time all comes down to having faith in her skills and trusting in herself fully once the Octagon door closes.

“Everything has to come into place at the right place and the right time,” said the lifelong martial artist, who holds a black belt in American Freestyle Karate and a purple belt in Brazilian jiu-jitsu under Greg Jackson. “But when you allow your martial arts to become a part of your everyday routine and you accept the fact that you’re always going to be continuing to learn and building new skills, that’s when I feel you’re really able to flourish and be creative and do new things.”

This weekend’s matchup with Kowalkiewicz is a major opportunity to put it all together and kick off her 2019 campaign by taking the next step forward in her pursuit of UFC gold.

The 33-year-old Polish kickboxer arrived in the UFC with an unbeaten record and started her time in the Octagon with consecutive victories over Randa Markos, Heather Jo Clark and current titleholder Rose Namajunas, which carried her into a championship showdown with her countrywoman Joanna Jedrzejczyk at UFC 205 in New York City.

After coming up short in her bid to dethrone “Joanna Champion,” Kowalkiewicz suffered a second consecutive setback when she was submitted by Claudia Gadelha before she rebounded with victories over Waterson’s long-time teammate Jodie Esquibel and Herrig. Last time out, the soft-spoken standout who offers a coy wink to the camera before every fight got ran over by impending title challenger Jessica Andrade, so the likelihood that Waterson will be facing a hungry, hostile version of Kowalkiewicz this weekend is high.

And that’s what makes this such a crucial opportunity for “The Karate Hottie.”

Kowalkiewicz has only lost to the very best fighters in the division, and holds a win over the reigning champion, so joining that exclusive list would propel Waterson into the title picture and catapult her into the second half of the year with a ton of momentum. 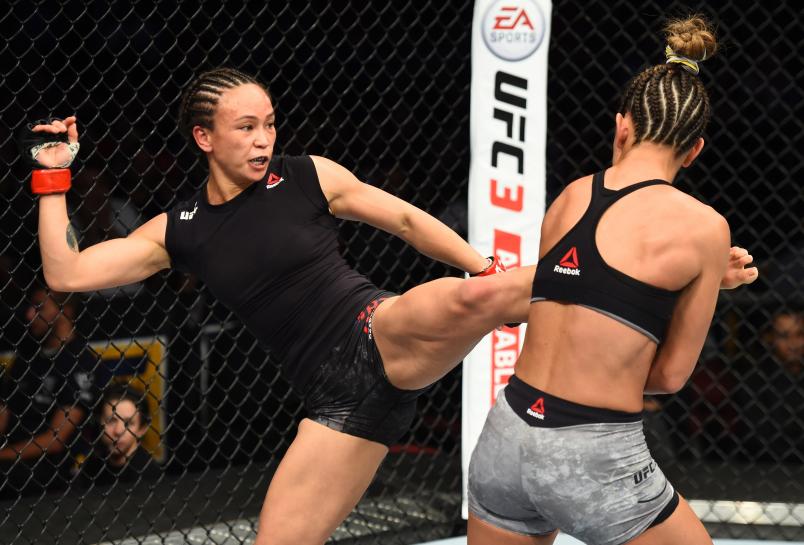 “I feel like Karolina is pretty well-rounded, so I’ve had the ability to work on everything and it has been really fun,” Waterson said of Saturday’s main card pairing, which airs on ESPN. “I feel like she’s a pressure fighter with a Muay Thai standup background, but she’s really one of the most well-rounded girls in the division.

“(As for me), at this point, there are no secrets,” she added with a laugh. “Everybody knows who I am and everybody knows my style, so I’m going to go out there and be me.”

However, there is one piece Waterson has made a point to focus on throughout her training camp and intends to put into practice this weekend in Philadelphia.

"The only thing is that there are so many things that I do here, at home, in the comforts of the gym, that I would love to be able to display under the lights and that’s what I’m going to try to do,” she said. “I’m going to go out there and have fun. I think the standup will be pretty fun because Karolina is a pressure fighter and a scrambler on the ground, so wherever the fight goes, I’m prepared to dominate and take control of every situation as it comes to me.