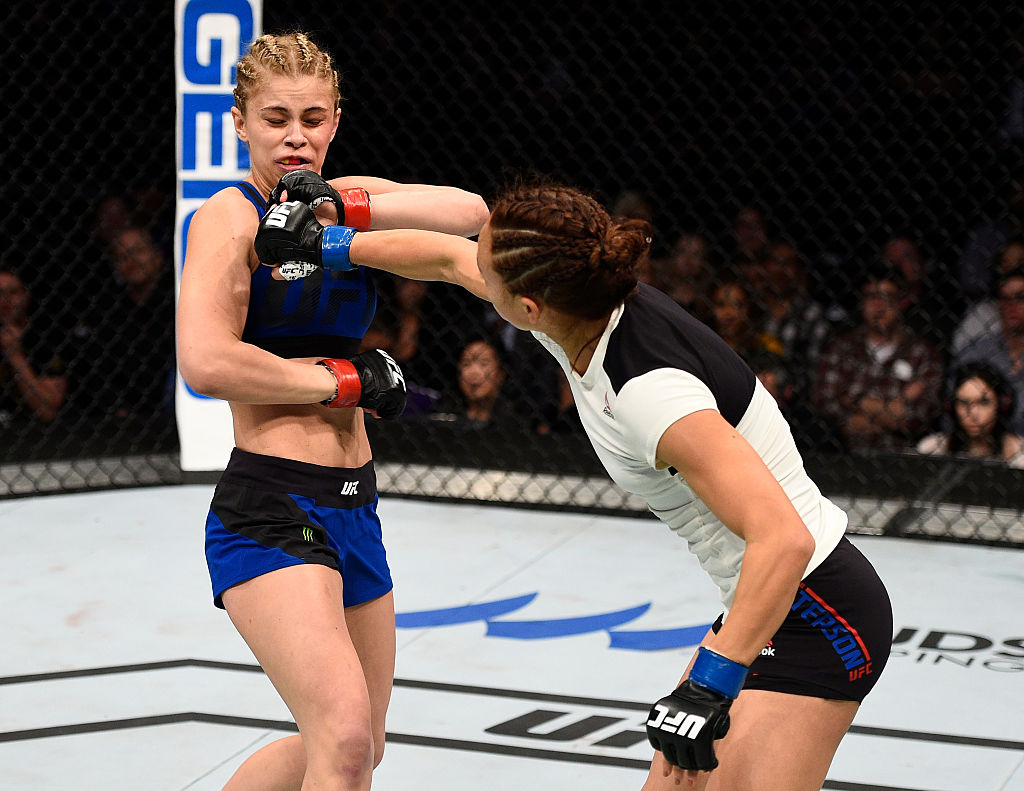 After submitting Paige VanZant in less than four minutes at Golden 1 Center in Sacramento on Saturday, Michelle Waterson’s daughter Araya has a new favorite fighter.

“My daughter told me I would be her favorite fighter if I won tonight, so I had to make it happen,” said Waterson, the strawweight contender who returned from a 17-month layoff to defeat the hometown favorite and pick up her second – and most important – UFC victory.

“I was more excited than anything,” she said. “It’s been a year and a half, so I’ve been in the gym every day, injured or not, waking up before I had to take my daughter to school so I could get the workouts in that I needed to show the world what I could do for the UFC.”

The former Invicta FC atomweight champion showed plenty while fighting in hostile territory, leaving no doubts when it counted.

Waterson was throwing and landing the harder shots as the bout commenced, and while VanZant subsequently landed a few good knees, a picture perfect throw by Waterson changed everything in a hurry. Once on the mat, Waterson scrambled and took VanZant’s back, and while VanZant gamely tried to escape from a rear naked choke, “The Karate Hottie” wasn’t having it, and within seconds, referee Herb Dean had stepped in, stopping the fight at the 3:21 mark of round one. 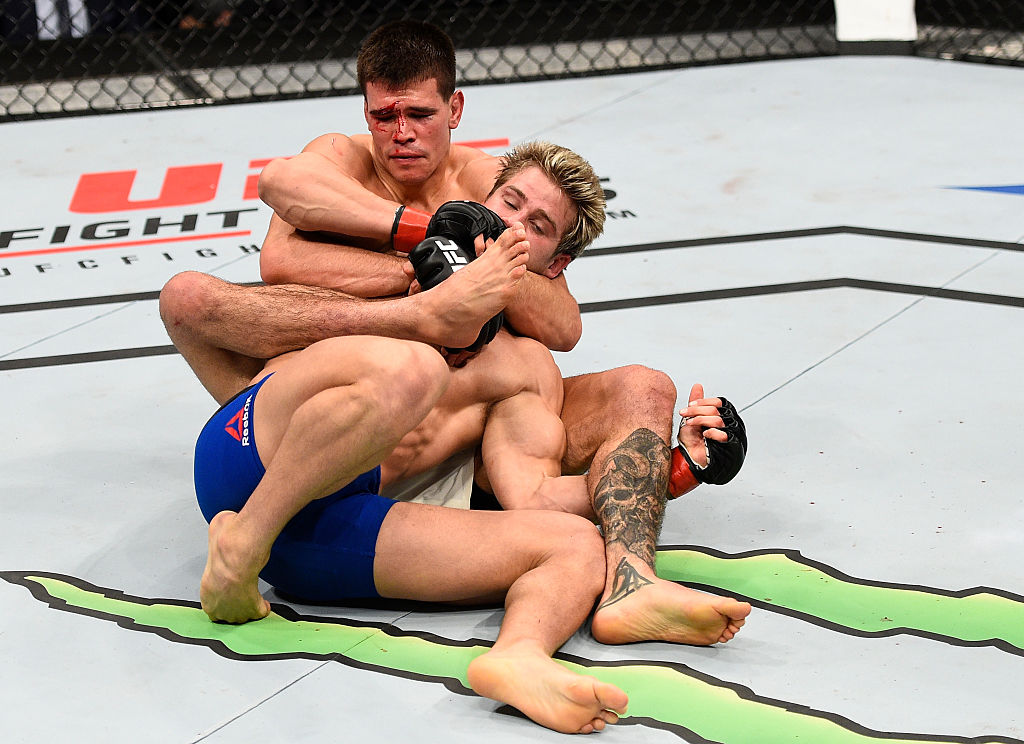 At this time last year, Mickey Gall was an unknown with one pro bout calling for a chance to fight in the UFC. On Saturday, Gall scored his third UFC victory of 2016, submitting Sage Northcutt in the second round of their welterweight co-main event at Golden 1 Center in Sacramento.

Gall got the takedown in the opening minute, drawing first blood. From there, the New Jersey native patiently tried to improve his position, but in a scramble, Gall nearly sunk in a guillotine choke. Northcutt was cool under pressure and after he escaped and got back to his feet, “Super Sage” began calling for Gall to stand with him. Gall agreed, but soon enough, he put Northcutt on his back again.

Northcutt started the second strong, landing a hard right that put Gall down briefly, but when the bloodied Gall got up, he put Northcutt down with a right hand. Northcutt shot for a takedown, but Gall instead took his opponent’s back. Moments later, Gall sunk in the rear naked choke and Northcutt was forced to tap out at 1:40 of the round two. 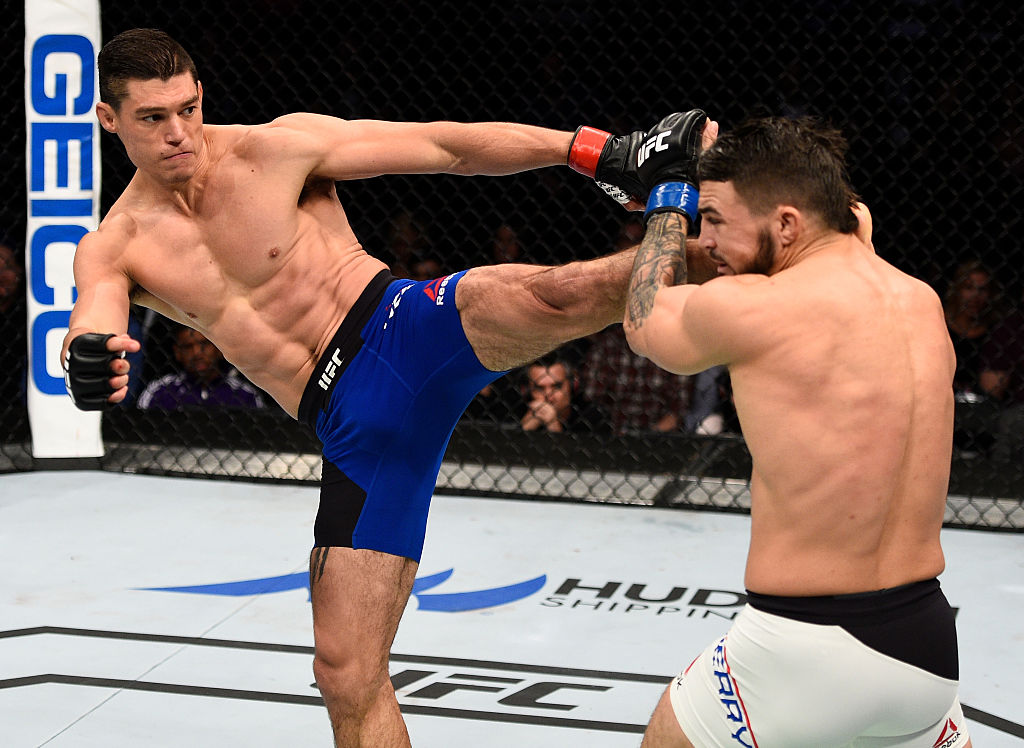 Despite two impressive knockout wins to kick off his UFC career, Orlando welterweight prospect Mike Perry wasn’t able to make it three straight in the main card opener, as Alan Jouban won his third in a row with a disciplined performance that led to a unanimous decision victory.

Jouban (15-4) got Perry’s attention with the first punch he threw, immediately getting his respect from the Floridian. Perry (9-1) kept the pressure on, though, firing off leg kicks as he tried to close the distance. With under three minutes left, Jouban held off a rush by Perry by scoring a takedown. Perry got up with little difficulty, but he had to reset his offense. A head kick with a little over a minute left rattled Jouban briefly, and Perry was beginning to find his range as the round came to a close.

Perry’s pressure remained unchanged in the second round, but the movement, counters and kicks to the body by Jouban kept him a step ahead throughout. It was a straight left from Jouban that dropped Perry in the final minute that likely locked up the round for him though.

Jouban continued to put on a clinic in the third round, with Perry unable to figure out a way inside to turn the fight around, and in response, it was “Brahma” landing more and more punishing kicks as he sailed to victory.