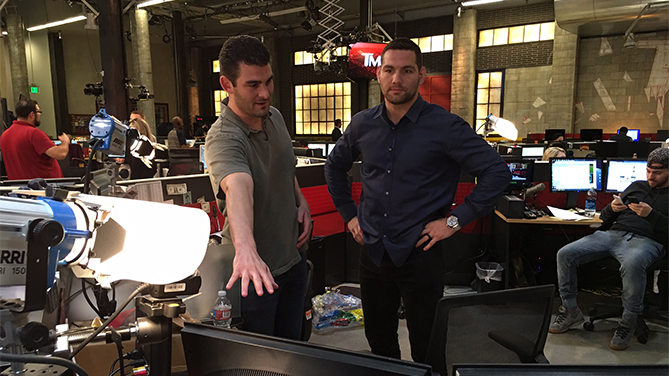 On the west coast to promote his UFC 199 main event against Luke Rockhold, former UFC middleweight champion Chris Weidman took some time out to visit the folks at TMZ Sports on Thursday, with "The All-American" picking up co-hosting duties along the way.

Tonight, on FOX Sports 1, you can see Weidman discuss the hottest topics in sports, including Manny Pacquiao, Kobe Bryant and his upcoming opponent, as well as tackle the political scene with his views on presidential candidate Donald Trump.