The new online tool gives fans the ability to control audio and video feeds of UFC Pay-Per-View events, as well as other unique features such as quad view, picture-in-picture, video quality up to broadcast quality, live chat and live scoring by fans. The new UFC viewing experience will launch online on Feb. 5 at UFC.TV, just in time for the much-anticipated UFC® 126: SILVA vs. BELFORT card. 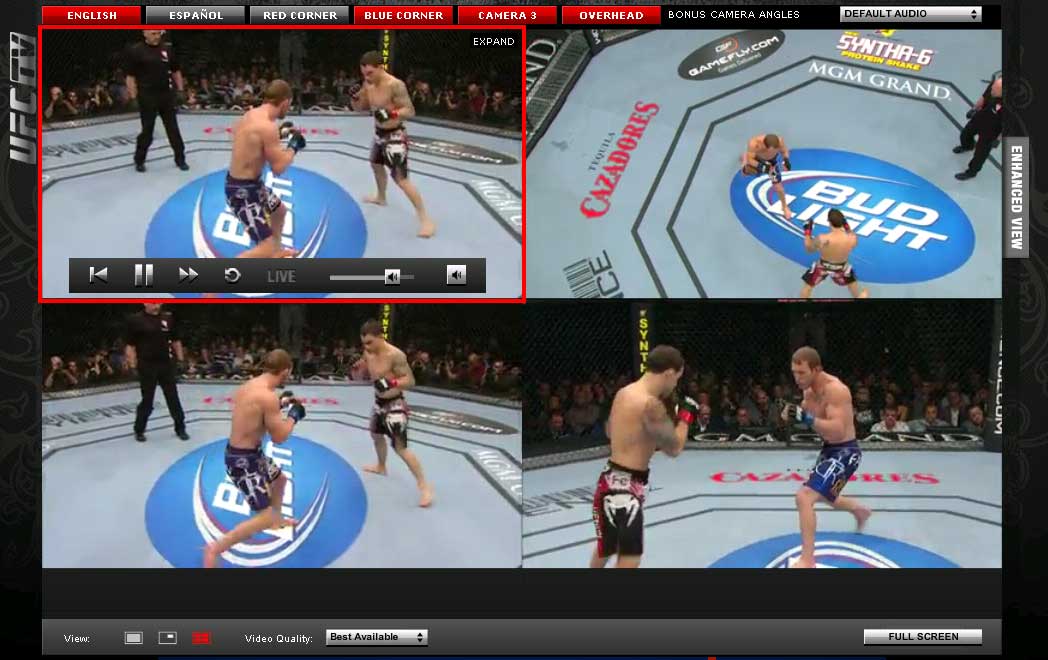 Prior to this official launch, UFC is giving its fans free access to this new experience by offering round one of the Frankie Edgar-Gray Maynard championship fight from UFC 125. In viewing round one of this historic fight, fans have the chance to watch the action from one of six video feeds, including four distinct camera angles. Additionally, fans can listen to one of four audio options, including different feeds from the red and blue corners. To view the free UFC experience, visit www.UFC.tv.

“Fans are always asking for more ways to get closer to the action and NeuLion’s capabilities allow us to deliver,” UFC President Dana White said. “With this technology, fans have ultimate access during our events and can control camera views, audio and score the bouts along with other fans.”

NeuLion has provided similar online viewing experiences for the NBA, NFL and NHL. UFC and NeuLion are now delivering a digital service never before seen in the combat sports world and future features will include viewing on mobile devices and tablets.

“We are pleased to be working with the UFC and our new partnership will bring fans a whole new set of products and services,” Nancy Li, Chief Executive Officer of NeuLion, said. “Whether online or mobile, fans can stay connected to UFC like never before. Granting UFC fans the most immersive experience yet, we are excited to be a part of the next step in their digital expansion.”