The Third Edition Of The "Nightmare Nicknames" Collection Is Here
By Walker Van Wey • Jun. 4, 2019

On Saturday Tony Ferguson makes his return to the Octagon to take on Donald “Cowboy” Cerrone. A fan favorite for his unique, aggressive and effective fighting style, “El Cucuy” has more than lived up to his nickname.

While many kids go to sleep fearing a run-in with el cucuy in their dreams, less fortunate men see him across from them in the Octagon.

Prime yourself for Ferguson’s return by activating your hypothalamus in our third edition of Nightmare Nicknames! Watch the whole collection here: https://www.ufc.tv/category/nightmare-nicknames-iii 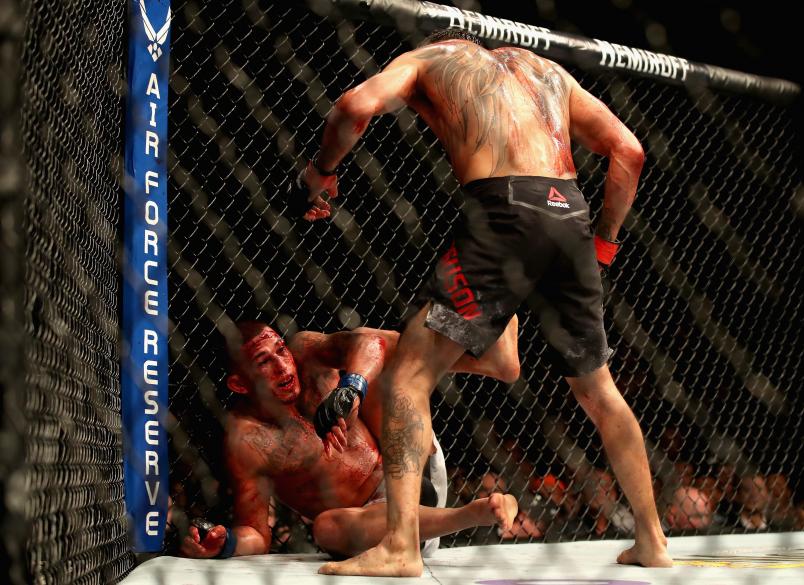 A career-ending knee injury to some was proven to be a four-month setback for Tony Ferguson as he went to war with former lightweight champ, Anthony Pettis. Both men eerily smiling through blood covered faces at points in UFC 229’s Fight of the Night was enough to make the rest of the division count their blessings, knowing “El Cucuy” was capable of that on minimal recovery time likely keeps the division awake at night. 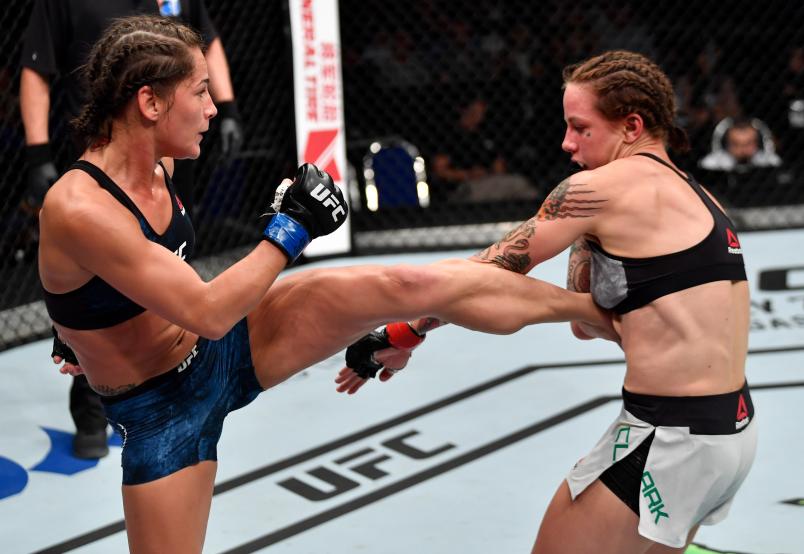 SINGAPORE - JUNE 23: (L-R) Jessica Eye kicks Jessica-Rose Clark of Australia in their women's flyweight bout during the UFC Fight Night event at the Singapore Indoor Stadium on June 23, 2018 in Singapore. (Photo by Jeff Bottari/Zuffa LLC/Zuffa LLC via Get

After bouncing back for a four-fight losing skid by defeating Kalindra Faria at UFC St. Louis, Jessica Eye found her range against the number-9 ranked Jessica-Rose Clark and never seemed to lose it at UFC Singapore. For three full rounds “Evil” Eye and Clark engaged in the notable slugfest in either career to date. 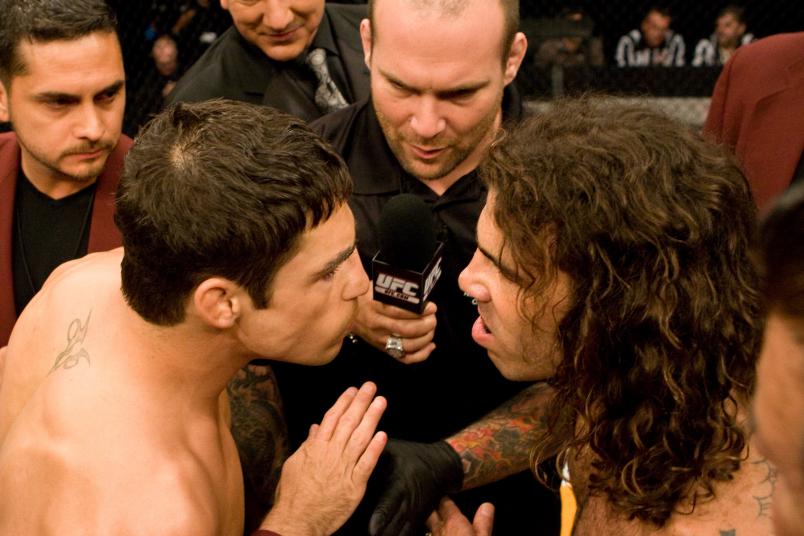 Sanchez vs Guida is always in the conversation for the “Greatest fight in UFC history” and it is in large part thanks to the unmatchable intensity that “The Nightmare” used to match the always high-volume pace Clay Guida brings. Sanchez showed that when he’s on, there’s no man who can obstruct his right hand from being raised, even a career performance by a ranked opponent.

9-1 Chad Griggs clashed with 7-1 Gian Villante in the main card of Strikeforce: Fedor vs Silva and if the expectations were for the heavyweights to fill time, expectations weren’t met. “The Grave Digger” and Villante opened fire and swung for the fences until Villante tried stalling with a clinch against the cage before finding his worst nightmare to be coming true. Chad Griggs charging toward you. 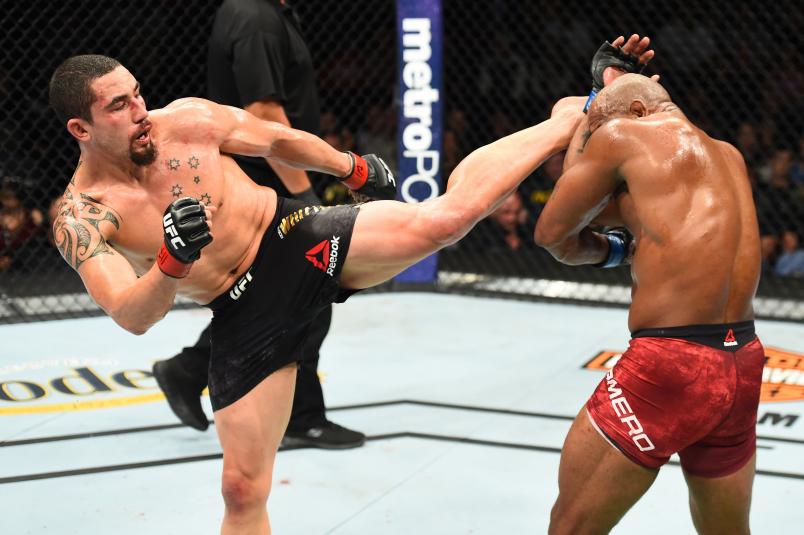 A lesser man would have eaten the canvas in the third round. A lesser man would have called it quits after breaking his right hand. Not Robert Wittaker. With Yoel Remero missing weight, Whittaker’s title was secured in victory or defeat but comfort wasn’t enough for “The Reaper.” With one hand, Whittaker showed that he was every middleweights’ worst nightmare in the 2018 Fight of the Year. 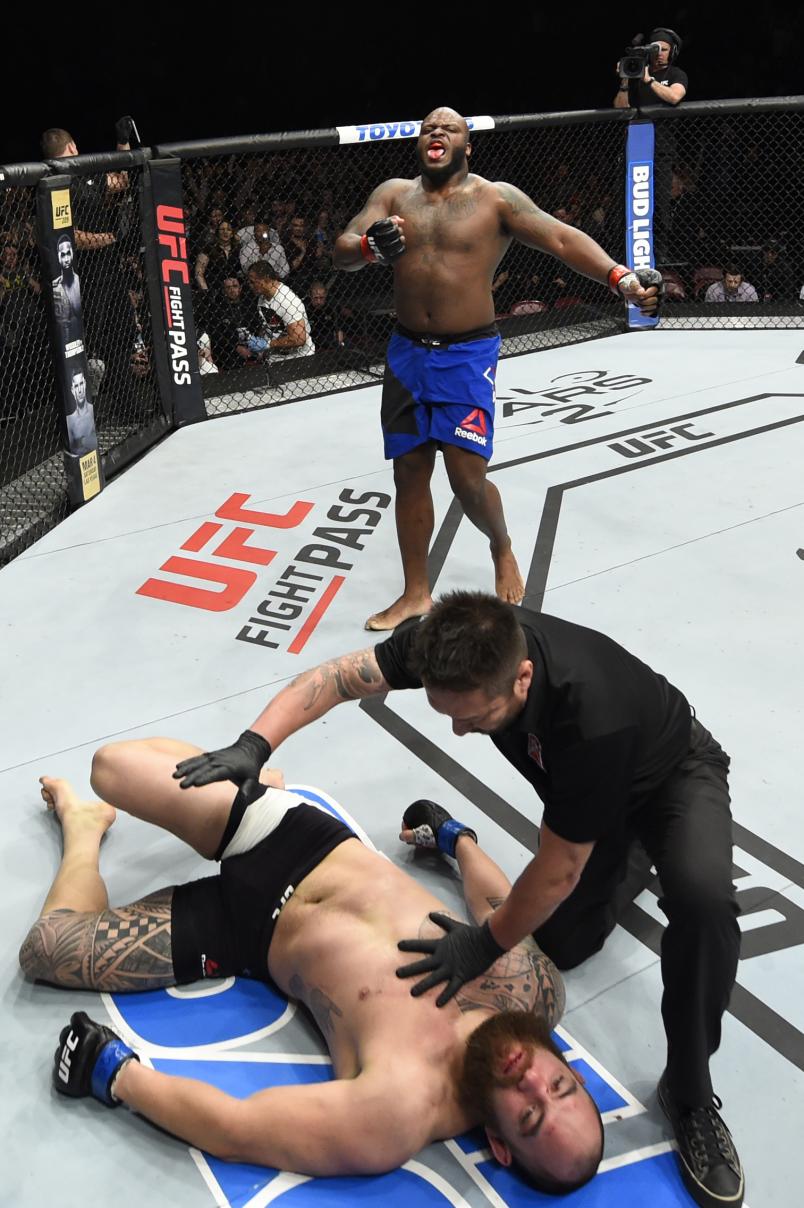 Travis Browne chose the wrong heavyweight to step into the Octagon with to get back on title contention when he agreed to fight Derrick Lewis. With all the skill advantages on his side, Browne found out quickly that “The Black Beast” seems to have higher odds with his “puncher’s chance” than anybody else in the UFC. 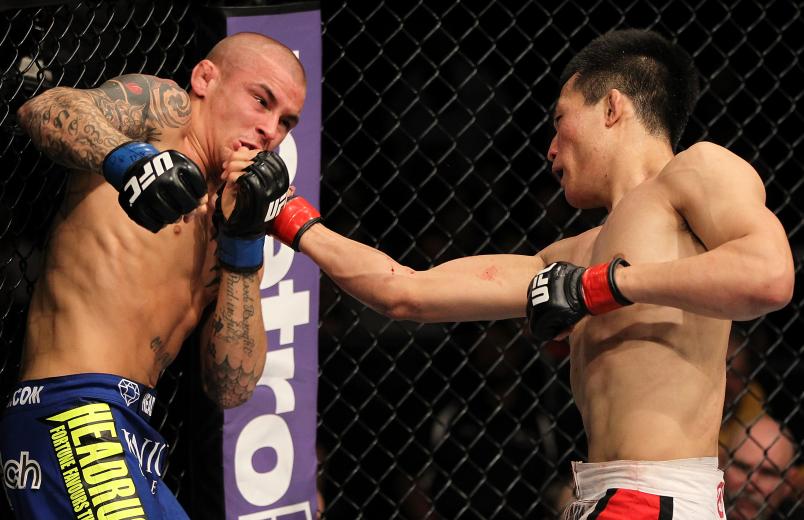 FAIRFAX, VA - MAY 15: (R-L) "The Korean Zombie" Chan Sung Jung punches Dustin Poirier in a featherweight bout during the UFC on Fuel TV event at Patriot Center on May 15, 2012 in Fairfax, Virginia. (Photo by Josh Hedges/Zuffa LLC/Zuffa LLC via Getty Image

What happens when you introduce a man made of heart to a zombie? Well in 2012 Dustin Poirier found out. Fight of the Year. The man who quietly climbed to main event status by never saying die collided with “The Korean Zombie” for a war that saw nearly everything possible inside the Octagon walls and put the division on notice. 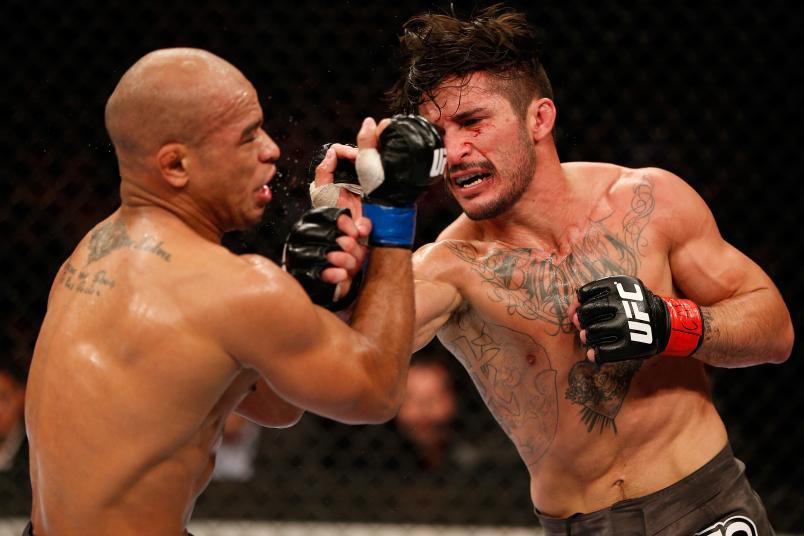 Twisted mustache, irritating energy and a love for brawls, “Uncle Creepy” was able to cruise to a victory to the tune of Fight of the Night. Knees, elbows, overhand rights, nobody likes spending time with their creepy uncle. Especially not Iliarde Santos. 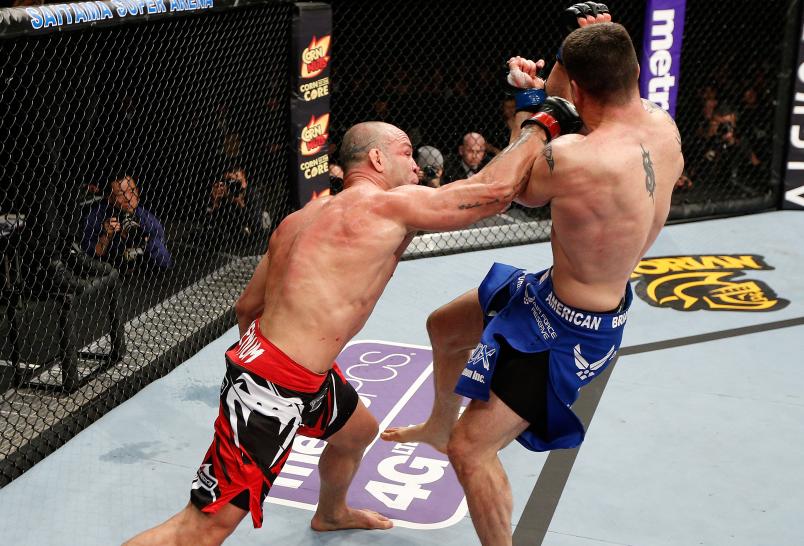 In his final stand in the UFC Wanderlei Silva went out with a bang in his main event brawl with Brian Stann. It takes a fearless man to engage with Silva and yet Stann engaged in multiple extended exchanges. Even rocking Silva a couple times, Silva taught Stann that it doesn’t pay off to be within arm’s reach of “The Axe Murderer.”