Warlley Alves Sees Everything Lining Up For Him

Warlley Alves Feels Like He Put It All Together And Believes His Time To Chase The Top-15 Comes At UFC Fight Night: Gane vs Volkov
By E. Spencer Kyte, on Twitter @spencerkyte • Jun. 22, 2021

Coming off the third season of The Ultimate Fighter Brazil, Warlley Alves was forecasted to be one of the leaders of the next generation of Brazilian talents scaling the rankings in the UFC.

He was 23 years old and undefeated, having beaten Marcio Alexandre Jr. by guillotine choke in the middleweight finals to push his record to 8-0. He displayed powerful striking, an opportunistic submission game, and with a return to welterweight in the plans, the heights he could potentially reach inside the Octagon seemed limitless.

As he readies to return to action this weekend against newcomer Jeremiah Wells, who is filling in for Ramazan Emeev, the now 30-year-old Alves believes he’s finally in a position to live up to his abundant potential. 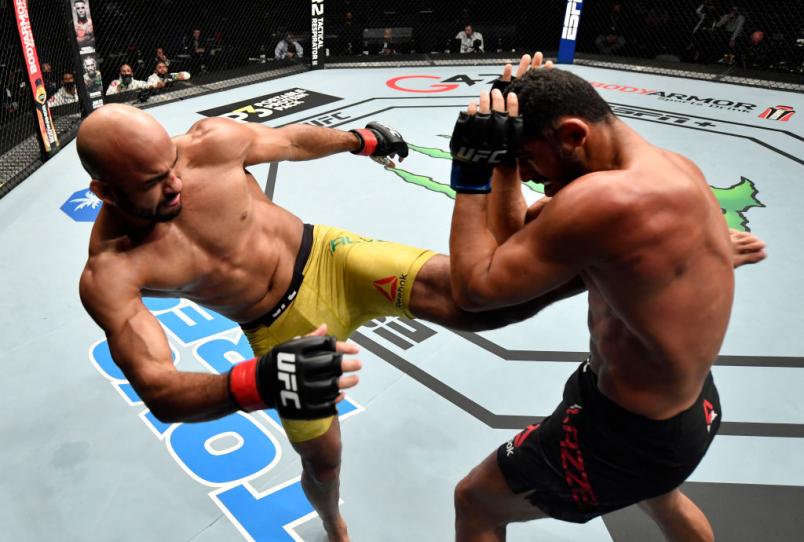 “Lot of things happened in my life during my eight years in the UFC,” said Alves, who registered a first-round stoppage win over Mounir Lazzez in January to get back into the win column and collect a Performance of the Night bonus. “But now everything is lined up: my life is stable, I’m married with a amazing woman, my faith in God has a lot to do it, and so does the hard work I've been doing with my team at Pedro Rizzo MMA.

“This all adds up to what I want to be from now on. It's a clear picture for me of what it takes to be a Top 15 (fighter) and I will do anything it takes to reach it.”

There have been more than a few glimpses of the upside that had his coach on TUF Brazil, Chael Sonnen, raving about him heading into the finale during his first 11 fights inside the Octagon, most notably a first-round submission win over Colby Covington at UFC 194 that stood as the perennial contender’s lone setback until his failed attempt to wrest the title away from Kamaru Usman four years and three days later.

But there have also been lowlights too — lackadaisical efforts in some key fights and a deflated spirit when things didn’t go his way early in tough assignments against James Krause and Randy Brown, each of which resulted in second-round stoppage losses.

After pushing his record to 10-0 with the win over Covington — a setback that still rankles the Floridian who swears things would have gone differently if he wasn’t dealing with a rib injury at the time — Alves dropped four of his next seven fights to become just another guy in the deep and competitive middle tier of the welterweight division.

He sat out all of 2020 after suffering a torn biceps, and when he returned in January against Lazzez, he looked like a new man, one that knew he had wasted a few years and was eager to make up for that lost time. 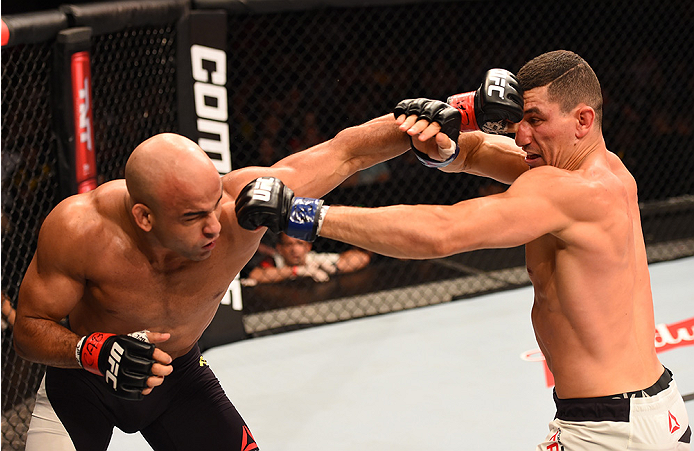 “I was unmotivated; I wasn't as focused as I should be,” Alves said when asked about his pre-fight admission that he had “lost his way” prior to the fight with Lazzez.

“I had to re-evaluate my career,” he continued, explaining the changes that took place in his year away from the Octagon prior to his UFC Fight Island assignment earlier this year. “(I had to) push my competitive side, take my training and my career way more seriously and allow myself and my training partners to push harder every single time we train.”

Positioned in the co-main event, the Brazilian quickly showed the impact of those changes, taking the fight to Lazzez immediately, looking quick and powerful as he landed a heavy calf kick and a series of punches right out of the gate. Pressed up against the fence towards the middle of the round, a series of quick, clean kicks to the body as they circled into space folded Lazzez over, bringing the fight to a surprisingly quick halt, handing the sizable underdog his first victory in 20 months.

“I needed something like this to remind everyone who I am and to set me on the right path that I should never have left behind,” Alves said, fired up while recalling his Fight Island handiwork just a few days before returning to action this weekend against Wells. 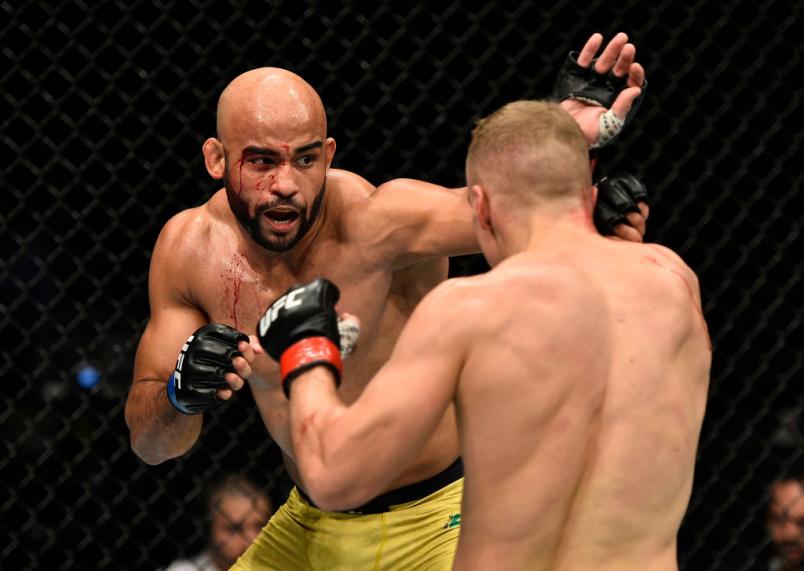 “That is the performance that is inside me all the time. To get it out there was great — it got the attention of the fans and (UFC matchmaker) Sean Shelby and told my next opponents that I am here in a mission for the gold and not to fool around.

“I love to fight,” he added, reflecting on the winding road that has returned him to the spotlight, re-established him as a dark horse contender in the welterweight division, and brought him to Las Vegas this weekend riding high. “I had a few losses, but I can't change what happened. What I can do is I learn from it, improve all aspects of my game, of my conditioning, and always show up better in my next fight.”

After navigating a series of ups and downs during his first seven years on the UFC roster, Alves is focused on using his eighth year to reach those heights many forecasted for him when his UFC journey began.

This weekend’s matchup with Wells is another step in the right direction — a second fight midway through the year, leaving him time to rest, recover, and then get back in the gym before logging one more appearance before 2021 comes to an end.

If all goes according to plan, he’ll finish the year with a number next to his name, and if he has his way, there is one individual Alves would really like to share the Octagon with sometime soon.

“My goal is to break in the Top 15 as soon as possible, so any Top 15 opponent will do for now,” he said, laying out his roadmap to contention. “What I want most is to fight Colby Covington again and shut his mouth one more time.

“I know that I am in no place to call him out now, that I need to put more wins together to make that call, but that is one of my great motivations to keep pushing it forward. You have no idea how much I don't like him.”