"I have a lot of open doors, and now it´s a new beginning for me." - Warlley Alves 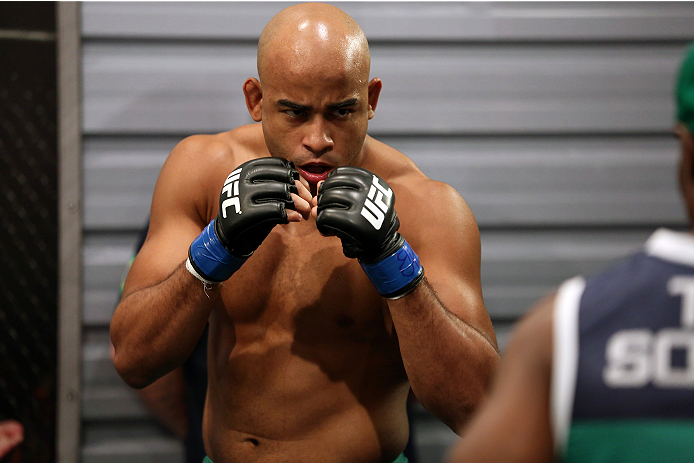 Warlley Alves doesn’t fit the typical mold. He’s a Brazilian fighter but walks into the Octagon without a nickname; he’s 23, but his time outside the gym is spent focusing on his faith and not the next afterparty. And though he will attempt to win The Ultimate Fighter Brazil 3 this Saturday as a middleweight, his next UFC fight will be at 170 pounds.

And if you think trying to figure him out in everyday life is hard, try fighting him. So far, no one has solved that puzzle, with seven pro wins without a loss being the result.

Yet while the closest someone came to beating him occurred in a fight that wouldn’t even count on his official record – his TUF 3 elimination bout against Wendell Oliveira – it could have been the most costly if he didn’t pull out the split decision win, a victory achieved despite the presence of a hand injury.

That done, Alves moved on to the TUF house, where new obstacles were placed in his way, ones that had nothing to do with fighting.

“I learned a lot as a fighter and personally, but the worst part was being far away from my family, friends and church,” said Alves, who nonetheless had a lot easier time when he did have the gloves on, getting to the finals by stopping Ismael De Jesus and submitting Wagner Silva to earn his shot at a UFC contract against Marcio Alexandre.

“He is very fast and very difficult to hit,” he said of “Lyoto.” “He’s a very technical opponent.”

Alves has seen plenty of him though, as both were members of Chael Sonnen’s squad on the show. In assessing what he learned from “The American Gangster,” the Minas Gerais native said “I improved my quality of defense and become more peaceful as a fighter,” and while those are good things to carry into this weekend’s bout, will fighting a teammate present any issues for him?

“I don’t think so,” said Alves. “We all knew we could have this possibility.”

In fact, the 23-year-old isn’t just okay with fighting Alexandre, he believes they’re going to steal the show in Sao Paulo, saying that fans should expect “Probably the best fight of the event.”

Win or lose, Alves will be returning to the 170-pound weight class he has called home since turning pro in 2011, but if there’s one way in which he does match his fighting peers, it’s in the confidence he has that there will be no losing on Saturday night.

“I am very focused and very confident in God for this fight, and God willing I will win this fight,” he said. “I intend to win this middleweight division, and then come back to my real division at welterweight. I have a lot of open doors, and now it´s a new beginning for me.”