Ware believes he's on verge of something big 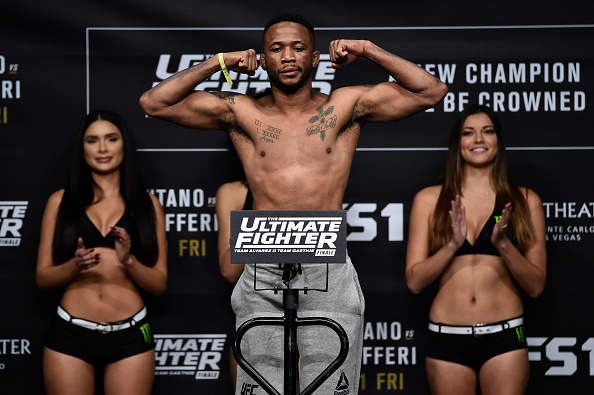 Terrion Ware’s UFC record may read 0-2 at the moment, but that’s a deceiving slate turned in by the California bantamweight, who makes his third Octagon start this Saturday against Tom Duquesnoy.

France’s Duquesnoy is number three in the series of hot prospects Ware has faced since arriving in the UFC last summer, with Cody Stamann now ranked 12th in the 135-pound weight class and Sean O’Malley coming off his first PPV main card bout. As for Ware, who battled both over 15 competitive minutes, he feels that he’s on the verge of something big.

“Both those guys that I lost to, they’ve gone on to win their bouts and they’ve looked more impressive in fights against other guys than against me,” said the Los Angeles native. “I’m right there and in the mix and I can beat anybody in this division. I just have to be able to put things together on fight night, and I’m confident that I’m correcting those things.”

It is a peculiar sort of no man’s land for the 31-year-old to be occupying, because he has proved that he belongs in the UFC, but he just doesn’t have the results to show for his efforts. And as a competitor, that’s tough for him to handle.

“I’m definitely not happy with the results,” Ware said. “I know I did well, I proved that I belong there – to other people as well as myself. But it (losing) leaves a bad taste in your mouth. I don’t train to be second place to anybody. I enjoy what I do, I love what I do a hundred percent, and losses are gonna happen, so I’m not a sore loser or anything like that. But I’m a competitor and I want to win. And every time that I’ve lost in my career, I’ve always come back better and stronger and improved and I feel like those two losses taught me a lot about myself and about what I need to do. And in this camp, I made some adjustments and changed some things around and I’m feeling a hundred percent confident coming into this fight that I can get the job done this time.”

A win over Duquesnoy, who is coming off his first loss since 2013 against Stamann last October, would go a long way toward putting those two defeats in Ware’s rearview mirror and allowing him to resume his march to big things in the sport, a right he earned over his last eight years as a pro. It’s a voyage he hasn’t taken alone, as his wife and two kids have made the sacrifices with him. That’s probably why on his Twitter bio, UFC fighter comes third after father and husband.

“They’re my balance,” he said. “I think about fighting all day in the gym, so being able to come home to them and have that 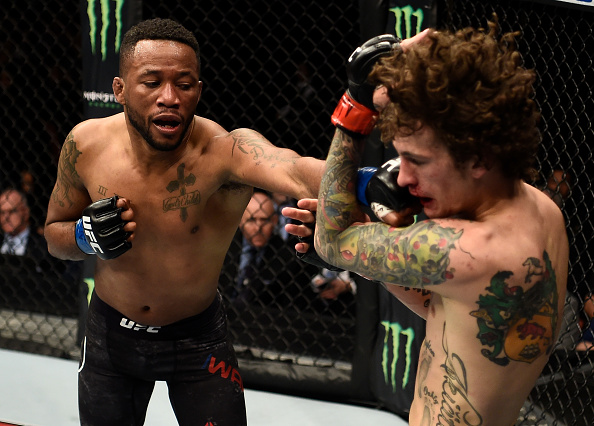 balance in my life, it keeps me sane. And this means the world to them because they know what the UFC means to me. They’ve watched the last eight years and me really grinding to try to get to this point. And finally getting the call and being in the UFC, it was really very important to them. But being a father and husband comes first, and I fight for them and myself. And being able to be successful and an example to my kids that hard work pays off, that’s really huge for me.”

The Ware kids are also learning that suffering a setback doesn’t mean it’s the end of the journey, only the beginning of a new one. And after the fights with Stamann and O’Malley, Ware wasn’t looking for an exit or a return to the regional circuit, where he won four straight before his call to the big show. He was looking for the holes in his game and getting together with his coaches to find out how to sew them up.

“My fight with Cody, that was a tough one because it was on eight days’ notice and I didn’t really know much about him,” Ware said. “And in the little film I did see on him, he was mostly striking. He had the build for a wrestler, but he was mostly striking, so once in the fight, I wasn’t expecting him to shoot that much or his wrestling to be as good as it was. So there were some things I could have done and some mistakes that I made that I could adjust.

“It was the same thing in the O’Malley fight,” he continues. “There were some things where I said, ‘Why did I do that?’ Just minor adjustments. This is the highest level of the sport, so any little mistakes that you make can be the difference between you winning and losing. So I have to correct those and just continue to do what I do. I feel like I’m right there.”

That means when the call came for the Duquesnoy fight, he didn’t see it as a fight where he’s being sent to his opponent’s European backyard to lose. He sees it as the fight that will get him moving on his way up the bantamweight ladder.

“Sometimes you don’t get that many opportunities and this one presented itself,” Ware said. “Yeah, if I beat this kid then it puts my name all over the map. That’s why I’m looking at this fight like, yeah, let’s go, let’s do it. I’m one or two performances from being on a Pay-Per-View or getting a chance to fight a guy in the top ten and continue to move up the ranks. I didn’t get into this sport to hang around and have some fights. I want to be the best and I’m gonna give everything I can to do so. And if I’m able to reach that point, great, I reached my goals. But if not, I know I went for it and did everything I could.”