The Walkout - By Chael Sonnen

What's it like to walk into the UFC Octagon as a fighter? UFC 148 headliner Chael Sonnen puts it into words in this exclusive excerpt from his new book The Voice of Reason: A V.I.P. Pass to Enlightenment. 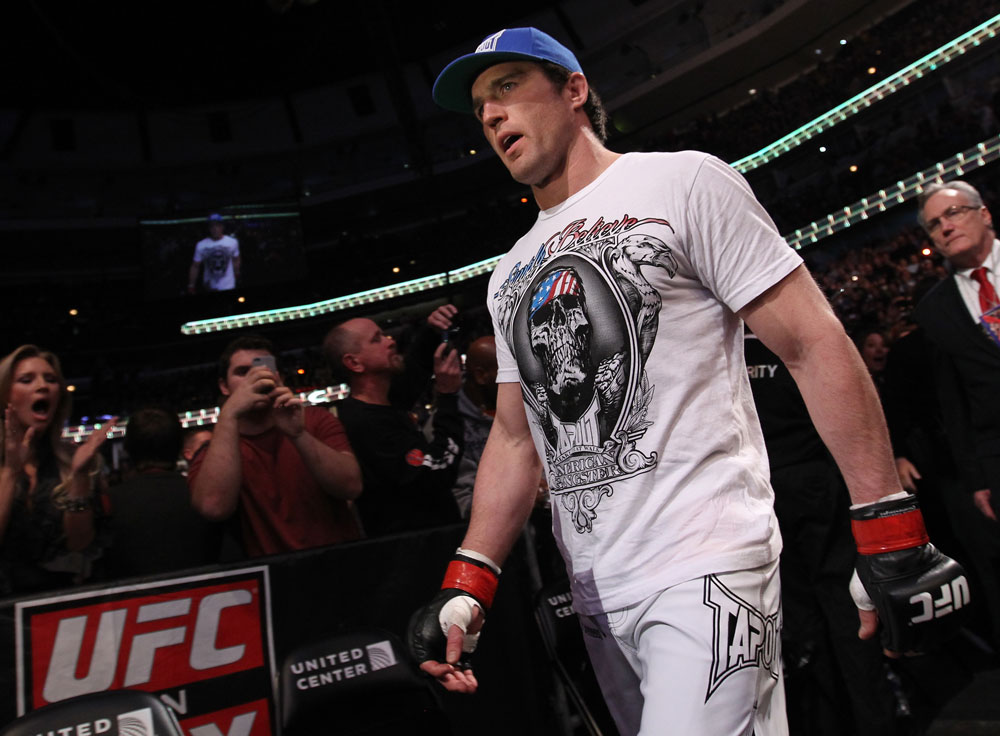 I’m being squeezed and forced down a dark, pulsating tunnel of living flesh. I’ve been ripped from a place of comfort and quiet solitude, a haven where I floated, with time suspended, for ages. The convulsive, relentless actions of a power I cannot control force me further and further toward my future, toward my fate. I feel crushed, malformed. My eyes are slits. I can see vague shapes, and discern dark from light, but barely, and only with effort. My ears feel clogged. I can hear, but like my vision, my sense of hearing is corrupted, semi-formatted, incomplete. I can feel, and at the same time I am numb. The forces that control my progress cannot be resisted or bargained with. There is no reason, no sense of humanity or concern, just that inexorable force pushing me ever onward.

I am wet, slick, greasy. I see light and hear voices. Hands grasp for me. I am grabbed, and thrust into the grasp of the unknown. A sharp slap brings me fully into existence. I open my mouth to scream. …

All of the above.

You’re never ready. You prepare. You train. You plan, plot, scheme, connive, accommodate, gather intelligence, float falsehoods to throw your opponent off the trail and identify moles in your own camp, encourage and nurture unholy alliances, sweet-talk sponsors, infuriate your family and friends, grind yourself into a fine powder day in and day out, then reconstitute yourself in the morning with water and hope, like instant mashed potatoes served in the soup kitchen of your mind.

You tell yourself you’re ready.

Your cornermen scream it in your ears as you hit mitts backstage.

Your friends and family tell you you’re ready, cell phones, granola bars, and energy drinks clutched in their hands. They are confident, but if you look closely, the hands holding those objects are trembling, ever so slightly.

You know you’ve done the work, but it’s not the Angel of Knowledge you need right now; it’s another, much more elusive angel in the canon whose intercession you urgently need. The angel we call Belief.

When Burt Watson, the captain general at UFC events, calls your name, you take that walk, ready or not. And as you do, as you take that walk and hear that crowd and listen to the familiar strains of your walkout song, as you and your cohort, wearing sponsor’s T-shirts and hats, heads to the ring, you silently pray that the Angel of Belief will alight on your shoulder, smiling sweetly, chubby and rosy-cheeked, like Cecco, Caravaggio’s model and muse, eyes alight with the wonder of possibility, full of secret and divine knowledge, shamelessly nude, like in the masterpiece Love Conquers All.

You wait, and watch, and listen for the Angel of Belief as you walk through a crowd of screaming strangers toward your fate.

And in a movie, if this were a movie, that angel appears, parting the beams of the seizure-inducing strobe lights as they flash in time to the walkout music you hate, but are stuck with because your sports psychologist believes in routine, even in a sport that lives and dies by improvisation and adjustment.

And sometimes the Angel of Belief appears.

But sometimes the angel …

But you still have to fight. The cage door is closed behind you whether you, your cornermen, your family, your fans, or your angels are ready or not.

So here we go. Down to the Octagon. 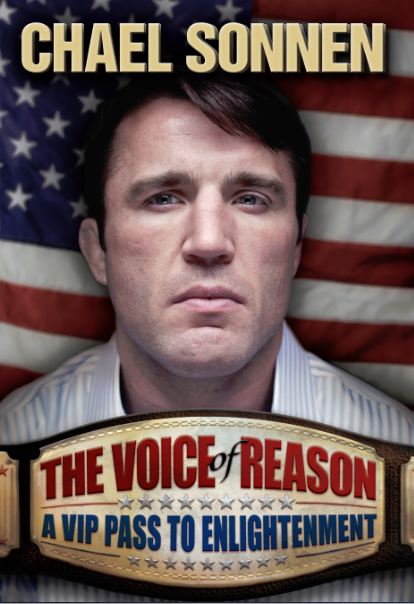 It’s like looking through two paper-towel tubes, a kind of tunnel vision. Whatever is on the periphery disappears. Things in the center of your vision are in clear, sharp focus. You hear the referee ask you about your mouthpiece and groin protection. You grimace like a chimpanzee warning away potential rivals for a mate, and knock on your crotch like a traveling salesman behind on his monthly quota.

Your cornermen pull off your shirt, which inevitably gets stuck halfway off your head, and you clumsily struggle with it in your MMA gloves, your hands wrapped too tightly or too loosely, or both, or neither. You absent-mindedly wonder why no sponsor has come out with a shirt that has snaps up the front, like a hospital orderly’s shirt, instead of the same horrid, rock-concert-quality shirts with the tiny neck hole and single-stitch sweatshop construction (that is, of course, everybody else’s sponsor shirts; my sponsor’s shirts are of the highest quality, are made for years of comfortable, reliable wear, and can be treated as objects of heirloom-quality pride and value).

OK, shirt’s off. The officials point me to the stairs, like they’re afraid I’ll make a wrong turn, walk into the crowd, and start pounding a fat guy from Orlando here in Vegas on a UFC vay-kay. I’m usually pretty good about knowing where to go once I’m almost completely naked, covered in sweat and grease, in a room full of people chanting my name—and I also know where to go when I’m fighting.

So off I go, ready to stand, by myself, rather awkwardly, listening to someone else’s walkout song, shifting impatiently from one foot to the other like an old gambler at the dog track with a hot tip, in a long line with a slow cashier a minute before the bell rings and the mutts start chasing the electric rabbit.

Here he comes. I watch, impassively, as he makes his way through the same fleshy tunnel full of grasping hands and blinding lights that I just negotiated. I begin manning the garrison in my own mind; the creaking, leaky fortress where I attempt to safeguard my confidence, where I try to immunize my insecurity by locking it in the deepest recesses of the stockade that is my inner psyche. But the troops I have left to defend the fortress are the least reliable; they are the last line of defense, once the best and brightest of my mental war-party, but they have been decimated by my training camp, previous fights, self-doubt, want, misery, pain, and regret. I survey this ragtag force; their armor is rusty, their weapons are worn and dull. Some have no weapons at all; just a steely-eyed stare, a mute, desperate resolve to serve, even if the campaign is doomed. Among them I see rheumy eyes, missing teeth, scarred visages, missing limbs. But still they stay and man their posts. I gather them together one last time. I attempt to give them my “Crispin’s day” speech about how lesser armies have conquered more powerful foes, about how courage and faith can carry this day.

But damn that guy looks big.

And damn he’s got a helluva walkout song.

And damn do I wish this were over.

And it will be … but not for a while.

Published with permission from Victory Belt Publishing. Click here to order the book.