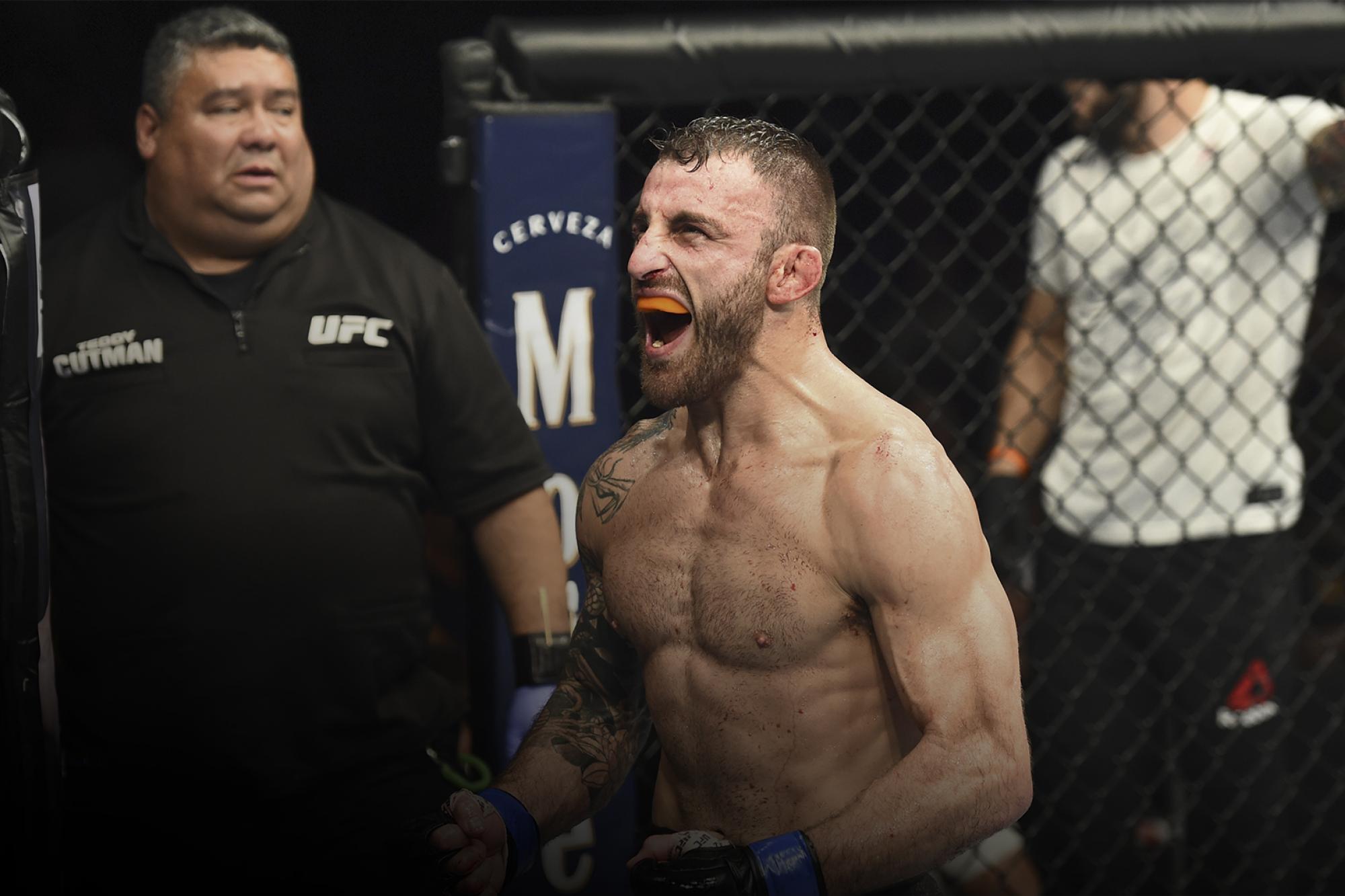 Volkanovski Plans To Steal The Show At UFC 245

“Some people want to talk some s***; you know what I say, let the boys [Usman and Covington] chat to get the world watching,” Volkanovski said. “Then I will steal the show.”
By Gavin Porter • Nov. 29, 2019

“Is there anyone else? Step forward, let’s go!”

Those are the words that reigning featherweight champion Max Holloway screamed out after defending his belt against Brian Ortega last December. Former champion and UFC legend Frankie Edgar tried to answer the call at UFC 240 in July, but he couldn’t derail the Blessed Express.

Yet while Holloway was busy defending the 145-lb belt, a contender rose from the land down under.

Alexander Volkanovski climbed the ranks by dismantling Darren Elkins, knocking out Chad Mendes and dominating Jose Aldo, extending his current winning streak to 17. And on December 14 at T-Mobile Arena in Las Vegas, Volkanovski will finally have his shot at Holloway’s title.

He couldn’t be more ready.

“I just want that world title. That’s all that matters,” Volkanovski said. “A lot of hard work has been put into this. The wife is finally seeing it all pay off. From the early days to now, a lot has been sacrificed and getting that belt will mean it’s all worth it.”

Australia’s Volkanovski, 31, anticipated that he would be making the walk to the Octagon to face Holloway at some point this year. He even made weight at UFC 240 in case either Holloway or Edgar were forced to withdraw from the bout.

That type of determination, combined with the knowledge that he would eventually get a crack at Holloway, gave Volkanovski ample time to prepare for his shot. And now it’s here.

“I’ve had a long time to work for his game,” Volkanovski said. “We’ve had extra time to build habits for a guy like Max. That’s been nice, but I know it’s going to be a tough fight and I am just trying to be as ready as I can for December 14.”

“I’m not focused on the title fight. I’m focused on being the best Alexander Volkanovski I can be next month. After you get the belt is when you can celebrate.”

That focus means that Volkanovski has not let the intensity of fighting for his first UFC championship get to him. He saw that mental fortitude work with two of his close friends, Israel Adesanya and Dan Hooker, just last month in Melbourne.

Volkanovski witnessed Adesanya capture the UFC middleweight title by knocking out Robert Whittaker at UFC 243, while Hooker defeated Al Iaquinta for the biggest win of his UFC career earlier in the event.

“When you have time and the structure like we do at City Kickboxing it makes it easier to form a specific game plan, create specific habits, fine tune your skill set and develop in all areas,” Volkanovski said. “I’ve been evolving and I’m going to show the world what I’ve added to my game.”

“Some people want to talk some s***; you know what I say, let the boys [Usman and Covington] chat to get the world watching,” Volkanovski said. “Then I will steal the show.”

“I know I’m bringing that belt home and that nice bit of change back for an early Christmas present. It’s going to change things and I can’t wait to do that for my family.”