Viviane Araujo Believes Her Resiliency And Aggressiveness Will Help Her Inch Closer To A Flyweight Title Fight
By McKenzie Pavacich on Twitter @mpavacich_ • May. 12, 2021

The resilience that Viviane Araujo displays as a fighter is a type that was formed many years ago, outside of the Octagon.

The 34-year-old chose to take up combat sports at a young age in order to learn how to defend herself from threats she and her mother experienced at home on a daily basis.

“I’m a very resilient fighter,” Araujo said. “I survived domestic violence in my childhood, and it shaped me to who I am now; it made me a stronger person and a stronger fighter.”

Fast forward two decades and “Vivi” finds herself knocking at the door of UFC flyweight title contention -- but first, she has to get through Katlyn Chookagian. 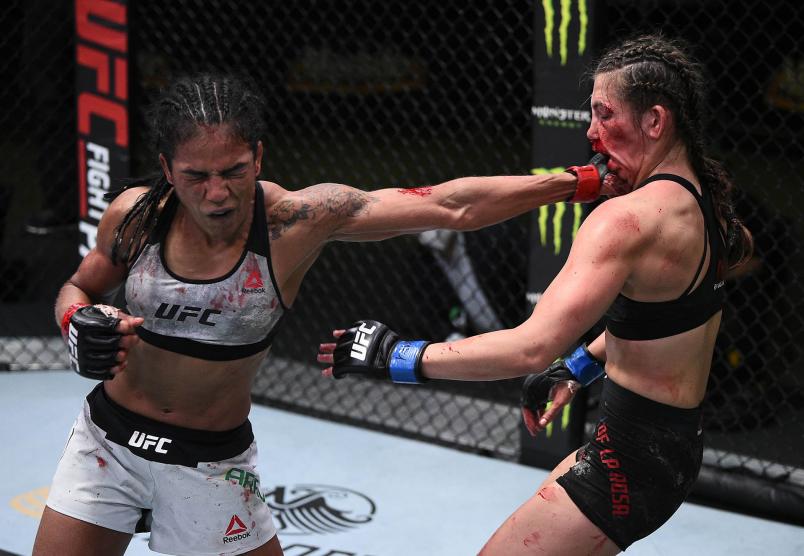 “She’s a fighter who uses her reach really well,” Araujo said of the UFC flyweight veteran and former title challenger. “She’s also a fighter who likes to take the fight to the judges’ decision, but I’m going to show all of my aggressiveness and my strength to ensure this victory.”

Prior to joining the UFC, all of Araujo’s six wins came by way of finish, but apart from scoring a third-round knockout in her UFC debut, the Brazilian’s other three UFC victories have come by way of unanimous decision.

It’s still only a fraction compared to Chookagian’s 12 victories which have gone the distance, all but one by unanimous decision. Known for being a frustrating opponent to strike against with her length and lankiness, it’s likely we’ll see Araujo try to take this fight to the ground for a finish. Needless to say, we could possibly be in for a 15-minute war between a technical striker and a well-rounded Brazilian Jiu-Jitsu black belt. 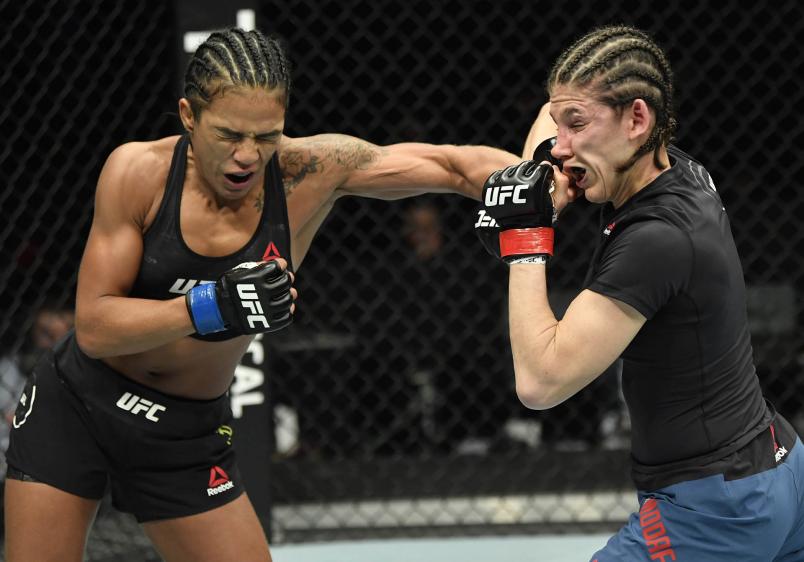 “I’m going into this fight determined to not let it go to the hands of the judges,” Araujo said. “I come to knock her out, or even to take her down and submit her. But I’m also going to show my aggressiveness for the three rounds, if necessary, so I’ll take this fight to my strengths and come out with the victory.”

A matchup that will test both fighters in unique ways, a win over the second-ranked contender could propel Araujo into the spotlight, placing her on the radar of the entire flyweight division. And for Chookagian, a rematch against Valentina Shevchenko for the flyweight title is unlikely without a win on Saturday.

Despite a pandemic that has forced nearly every fighter on the UFC roster to get creative with their training, Araujo was able to capitalize on a high-volume camp with a heavy focus on evolving her game -- something she slowly builds on with each fight.

“I’m feeling very good. We did this whole training camp in Brazil, and me and my team are 100% into it to get this victory back to Brazil,” she said. “Each fight, I’m showing I’m a more well-rounded fighter, a more complete fighter. That’s what we’ve been working on in the gym. We have a great wrestling coach, a great team, so we keep evolving each time I step in the Octagon.” 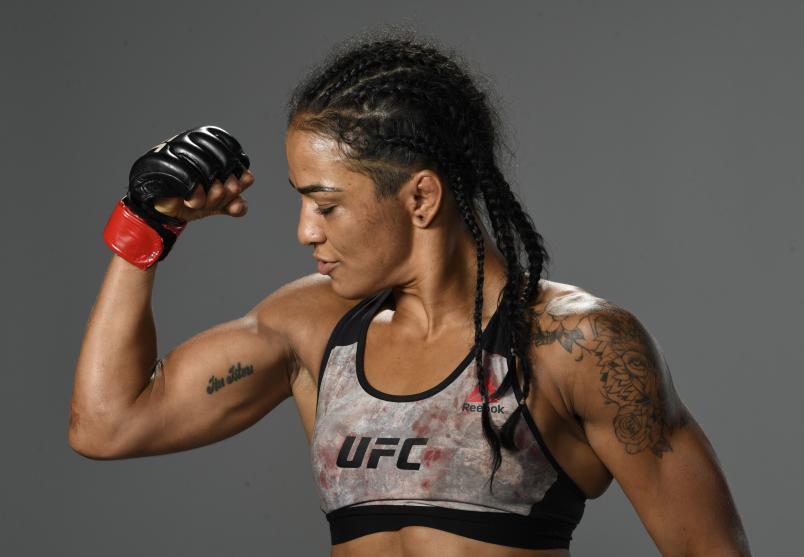 Viviane Araujo poses for a portrait after her victory during the UFC Fight Night event at UFC APEX on September 05, 2020 in Las Vegas, Nevada. (Photo by Mike Roach/Zuffa LLC)

This time when she steps in the Octagon, the former Pancrase strawweight champion will be greeted by an aspect of the fight game that’s been missing for more than a year: fans.

“I’m 100% for having the fans around, for having a full arena to bring their energy into the Octagon. I’m very happy that they’re back.”

And while Araujo won’t necessarily be listening to the fans -- something she’s worked with a sports psychologist on in order to maintain her focus during the fight -- she’ll certainly be pulling from the energy inside the sold out Toyota Center.