"I’ve been so blessed to do what I do and the way I’ve been able to do
it. I believe when you work hard it pays off." - Vitor Belfort 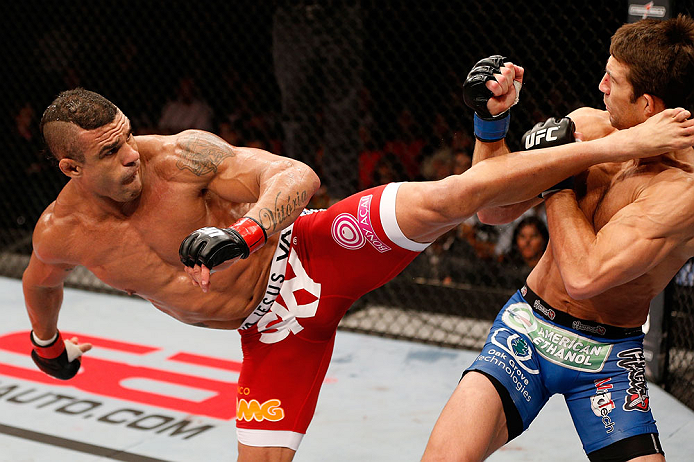 There is a fire burning inside Vitor Belfort.

While an athlete being passionate about the craft they’ve dedicated their life to is nothing new and far from noteworthy, the 37-year-old former light heavyweight champion is a shining exception. After nearly two decades competing at the highest level of mixed martial arts, “The Phenom” is still holding his ground at the forefront of the sport.

Even more to the point, it can be argued the MMA legend is doing the best work he’s ever done inside the cage, with back-to-back highlight reel knockout victories over Michael Bisping and Luke Rockhold going a long way to add substance to that particular notion. Where a large majority of the fighters who were making waves in the first half of Belfort’s career either chose retirement or were painfully forced into that option, the former multi-divisional title challenger is still charging full steam ahead. And he’s leaving a path of wreckage in his wake.

“I’ve been so blessed to do what I do and the way I’ve been able to do it,” Belfort said. “I believe when you work hard it pays off. You reap what you sow. I’ve planted a lot of good seeds in good soil and I know God has been blessing me with his hands. From what I’ve done to what I’m doing and going to do in the future; God is giving me strength all the way through. I honor everything he gives me and I’m so blessed to have what he has given me. That is what I can tell you, man. God is good.”

As his most recent showings have garnered acclaim and made his profile red-hot, Belfort has 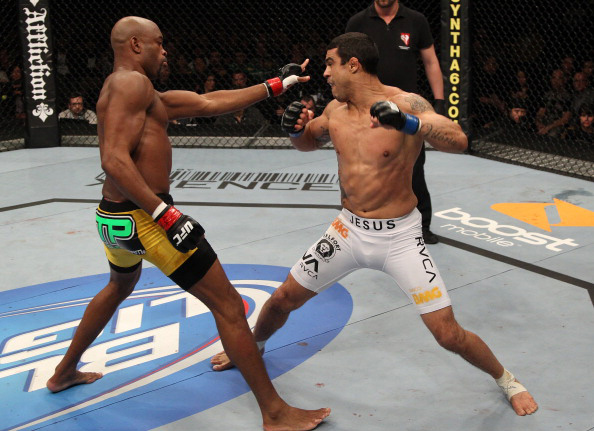 absolutely made the most of his cage time since rejoining the UFC in late 2009. He has found victory in five of his seven outings with his only two losses coming against two best pound-for-pound fighters in the sport in Anderson Silva and Jon Jones.

While he’s come up short in his two bids to reclaim UFC gold, the losses haven’t detoured Belfort from his ultimate goal of continuous improvement. The heavy-handed Brazilian’s work ethic inside the gym is legendary, and he’s continued to invest the sweat equity necessary for his evolution to continue.

Where the skills he already possessed made him a champion and one of the most feared strikers in the fight game, his commitment to broaden his arsenal has yielded impressive returns. Working with his Blackzilians team in south Florida has produced two brilliant knockouts, and where Belfort’s hands were once the biggest threats the opposition had to avoid, now fighters stepping in against him have to be cautious of his power coming from anywhere at any time.

Of all the elements that have made Belfort’s time with the Blackzilians so lucrative, perhaps the most crucial aspect has come from former light heavyweight champion Rashad Evans. “Suga” has become Belfort’s main training partner and has played a major role in the 37-year-old’s continued progression.

“It’s so amazing to work and train with Rashad,” Belfort said. “It’s amazing to have someone like him in my life and in my fighting life to push me and get me going. I’ve never had this in my entire life. It doesn’t matter what day it is, he is always there to give me the edge. Iron sharpens iron, just like the Bible says. That is the only way and we are doing it. He’s in such great shape and I’ve never seen Rashad in this kind of shape before. I’m feeling great and I’m so happy to have that kind of environment.

Belfort’s camp this time around has been working diligently to prepare him for his upcoming bout with fellow MMA legend Dan Henderson. The two knockout artists will mix it up this Saturday night at UFC Fight Night in a rematch seven years in the making. Their first go around came at PRIDE 32 back in 2006, with “Hendo” taking the win via unanimous decision on the judge’s scorecards.

In the years that have passed since their first meeting, both fighters have gone on to find success in high frequency. That said, perhaps the biggest difference separating the two has 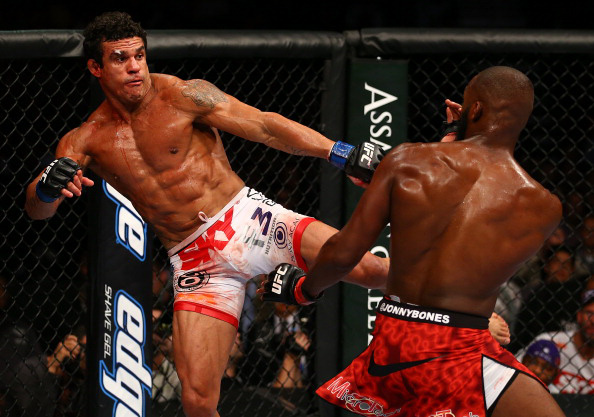 been in the amount - or lack of - expansion to their respective arsenals. Where Belfort has opened up his boxing foundation to include a strong kickboxing game, the former Olympian has relied on his brick of a right hand to do the bulk of his heavy work.

Nevertheless, Belfort sees some subtle adjustments Henderson has made and believes there is more to the Californian’s game than just an “H Bomb.”

“I think we all have tools and we develop more tools over time,” Belfort said. “I’ve developed more tools and he’s improved his Greco-Roman game in addition to learning how to throw sneaky elbows and good knees. He’s a very tough fighter. He’s not afraid to bang and he has a lot of power in his hands. This is an interesting fight.

“It is the kind of fight where everyone is excited and cannot wait to see it but I’m extremely focused. I know what he likes to do and we’ve studied him. It’s a fight and a competition. You have to be willing to take risks if you want to succeed, and I’m willing to take them. I’m ready to go and that is what I’m going to do.”

With the company he fights for drawing close to its 20 year anniversary, Belfort acknowledges that his journey has gone hand in hand with the organization’s growth. He was a big part of the UFC’s success in the early days, as he gave the company an exciting young powerhouse to hang their hat on, and he’s proved to be a similar asset in their current push, as his icon status in his native Brazil has been at the forefront of the UFC re-establishing itself in the South American Mecca of MMA.

While Belfort is grateful to have been a part of the growth and is looking forward to great things to come, he gives the utmost respect for the business minds in the UFC for having the tenacity and drive to keep elevating the sport to great heights.

“It’s amazing and I take my hat off to the UFC for what they are doing, not just in Brazil, but with every country they are going to,” Belfort said. “They take advantage of every opportunity that is available to them with TV deals and they really know what they are doing on the business side of things. They are not playing. They are experts at promoting but promoting is the easy part and they do so much more. It’s easy to promote a big fight every six months. 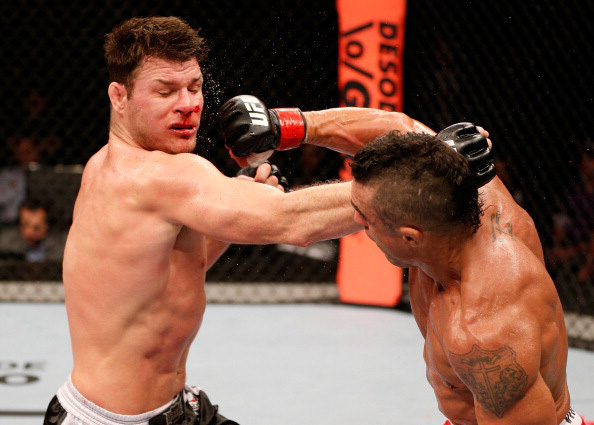 Vitor Belfort. It doesn’t stop and it goes on and on and on. But it’s almost every week and they do a phenomenal job at it. Then they have big fights, pay-per-view cards, free fights, more big fights and it just keeps going. Then they make the FOX deal. They are doing such a great job and it’s only getting better.”

There is no shortage of buzz and anticipation surrounding his bout with Henderson this weekend in Brazil, and Belfort knows he has played a big part in the matter. Where his abilities as a fighter have made him a “must see” competitor, the fire and passion that has pulsed through his resurgence has drawn the eyes of the MMA community in mass.

For a man who has given his body and health for the enjoyment of the fighting faithful, every time he steps under the bright lights of the Octagon is another opportunity to remind them why they fell in love with him all those years ago. When Belfort fights, there is a high percentage that something memorable is going down, and that connection he’s built with the MMA fan base hasn’t happened by accident.

“That’s called contagious,” Belfort explained excitedly. “When Moses watched the burning bush that thing was on fire but didn’t get consumed. Then he heard a voice come out of that fire and that is actually what it feels like for me right now. It’s contagious. You can feel it and people are feeling that from me right now. People are hearing the voice and in this case, that voice is my performance. People are feeling what I’m doing in my fights and my passion is contagious.”