Vitor Belfort does it again, finishes Hendo in trilogy fight 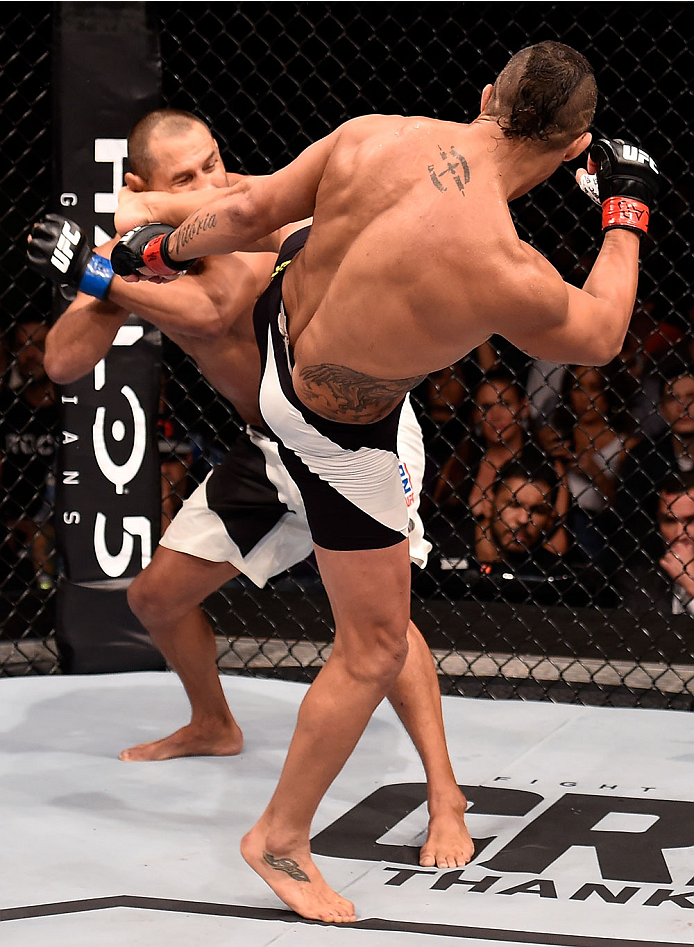 Back in Brazil to conclude his trilogy with Dan Henderson, Vitor Belfort ended the UFC Fight Night main event at Ginásio do Ibirapuera in Sao Paulo the way he ended his second bout with “Hendo” – with a first-round knockout that broke his tie with Anderson Silva and put him atop the list of fighters who have scored the most knockouts in UFC history.

That 12th knockout in a UFC fight gave the 38-year-old Belfort two knockout wins over Henderson, the first one coming in 2013. The 45-year-old Henderson defeated “The Phenom” via decision in 2006, their first bout taking place in Japan’s PRIDE promotion.

There was little action in the early going, the two veteran stars circling each other for nearly two minutes, with the only offense being a couple leg kicks from Henderson. But when Belfort threw his first kick, the left landed flush upstairs and sent Henderson sprawling into the fence. Henderson tried to withstand Belfort’s frenzied follow-up assault, but he fell to the mat, and a left hand stiffened the Californian, bringing in referee Mario Yamasaki to stop the fight. The official time was 2:07.

With the win, the fourth-ranked Belfort improves to 25-11 in his first fight since losing a world title fight to Chris Weidman in May; the 12th-ranked Henderson, who is 2-6 in his last eight, falls to 31-14.