Vince Cachero Wants To Be Memorable

Vince Cachero Sees A Major Opportunity Ahead Of Him At UFC Fight Night: Rozenstruik Vs Gane
Feb. 26, 2021

In the race for the unofficial title of “Husband of the Year,” Vince Cachero has gotten out to a big lead, and not just because he’s a Hawaiian kid freezing in Colorado these days.

It’s the reason why he’s chosen to leave the sun and sand for the snow and mountains to train with the Factory X squad in Colorado.

“My last fight in August, I knew for maybe about a few weeks before that that I was going to move to Colorado because my wife got into an internship program for veterinary school up here,” said Cachero, who then got a short notice call to make his UFC debut against Jamall Emmers in Las Vegas.

“Two days and up a weight class,” he laughs. But Cachero is a fighter, so he took the fight, only to lose a three-round decision to the featherweight prospect. That was the bad news. The good news is that Factory X coach Marc Montoya (who Cachero had already been in touch with) was in Vegas with some of his other fighters on that card, so the two talked in person and made plans for “The Anomaly” to join one of the top teams in the business. 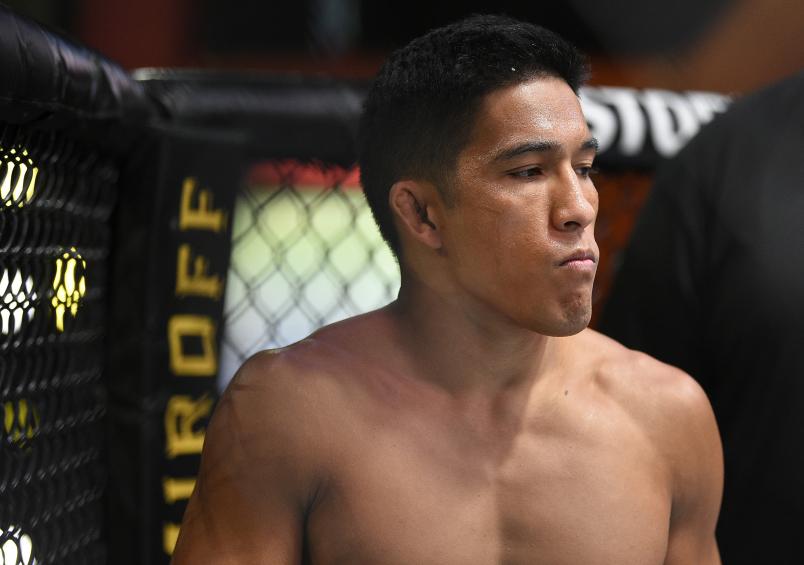 “I would say that it's shadow work,” Cachero said. “Carl Jung, the great psychologist, talks about the shadow, the kind of repressed emotions and feelings inside of you, and for me, I've always been a competitor. On the outside, I'm a guy who's never even been in a streetfight. I'm not a violent person, I'm pretty passive, and I love exploring weird, existential ideas and stuff, yet there's always something deep inside of me that's this desire to compete and this desire to almost fight and do violence since they’re the furthest things from my personality on the outside. So as soon as I start getting into the cage, it all starts to get expressed. I love fighting, I love being in there, I love throwing down. I walk forward and I'm looking to throw down and looking to be violent in there. I don't know what it is other than just a pure love of the fight game.”

If you didn’t already know from the description of him as an artist, referring to Carl Jung in an interview should cement your opinion of Cachero as the unicorn of the fight business.

“Listen, man, my nickname's 'The Anomaly' for that reason,” he laughs. “That's just how it is. I've always been a weird kid and I've always been a fly on the wall - I love observing, I love thinking, and yeah, I definitely think I'm a different personality in this game and it's been a fun rise, for sure, but I want to show the people out there that it's cool to be your own person and it's all right to be your own person.”

For even more insight into Vince Cachero the person, look no further than the film he made, entitled “Art on Lockdown.” It’s 32 minutes best described by the man who created it, but just know that watching it can be an emotional ride, especially when the film touches on his brother Charlie, who bravely battled cystic fibrosis until his tragic death at the age of eight in 2005.

“That (the creation of the film) actually started when quarantine happened and they completely shut down the whole country,” said Cachero. “And especially since I was living in LA at the time, we were in lockdown-lockdown. But I've been a creator for a long time. I used to shoot photos and videos at Blackhouse – Anderson (Silva), Lyoto (Machida) and all those guys - and that's really when I dove into photography and videography. Specifically, the ‘Art on Lockdown’ project was a swell of emotions and thoughts and ideas that have always been rumbling through my head. I wanted to put it together into a piece. So basically, I was pumping out those videos almost every single day in a row. It was kind of designed in the idea of Joseph Campbell's 'A Hero's Journey' and taking people through this guided trip, showing all these influences that have affected me. It was an expression of what I love, what I think about, and my whole purpose is to help create and inspire growth. That's my own mission statement, so with that project, I feel like that's the biggest and best thing I've done so far in my life to help create and inspire growth, not just in myself, but in others as well.” 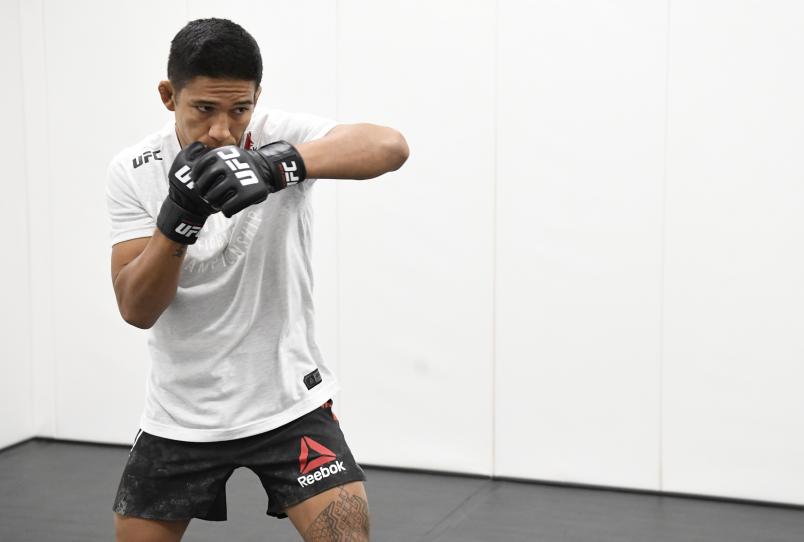 Vince Cachero warms up prior to his fight during the UFC Fight Night event at UFC APEX on August 01, 2020 in Las Vegas, Nevada. (Photo by Mike Roach/Zuffa LLC)

When talking to Cachero about his interests and life beyond fighting, it always brings to mind the uneducated and uninformed who think mixed martial arts is simply two guys (or gals) punching each other. They don’t realize the work that goes into this, the technique necessary, or consider the lives of those putting it all on the line for 15 or 25 minutes or less. Frankly, those simplistic comments are insulting, and Cachero agrees.

“I do get a little insulted,” said the 31-year-old. “Obviously, I can't control what other people think of things, but the way I see it is, it (MMA) is pretty much the highest form of competition. There are dire physical consequences, Joe Rogan said that, and you're trying to perform at the highest level and there are so many things that can go wrong. It's almost like two Rubik's Cubes battling it out, trying to solve each other at the same time. I wish more people could see it for what it is, but unfortunately, that's how combat sports go in general, in that people don't really see what's going on.”

That’s not going to stop Cachero, though, because he’s always did things his way and he probably always will. It’s why he’ll keep filmmaking as a side gig until his fighting days are over. As for his goals while he’s here, he wants a title. But not just any title.

“My ultimate goal is to be the most violent alive at 135,” he said, citing Max Holloway’s epic moments in bouts against Calvin Kattar and Ricardo Lamas as the kind of performances he’s shooting for. “When I think about leaving a legacy or doing something important, I want to have moments like that where people realize that Vince is the most violent alive at 135. That's the title I'm going for and that's what I'm working towards, and that's what I have the most fun doing anyways.”