Vinc Pichel: I'm Going To Be A Monster

Vinc Pichel has always been a survivor, the kind of guy who would find a way to make the best of a bad situation. But there are limits to everything, and after a life spent in California, Pichel decided earlier this year that a change of scenery was in order.

“I'm the kind of person that's like, 'If you're unhappy, why don't you do something about it?'” he laughs. “But then I find myself being the person who's just sitting there absorbing it. And after a while, I was like, f**k this, I'm getting out of here.”

It wasn’t one thing that prompted Simi Valley’s Pichel to leave; it wasn’t that he was failing at his day job, because back-to-back wins over Roosevelt Roberts and Jim Miller prove that he’s doing just fine as a prizefighter. It was just time to go.

“Honestly, it was a plethora of things that finally, I was like, I'm taking this as a hint to get the f**k out and do what I gotta do. I've wanted to move out of California for a long time. I didn't like the vibe. I love California, but I felt like it was turning too much into a place where everyone was all about themselves, and I just hated it. I didn't like the non-friendliness I've come to see out there.”

Then there was the COVID-19 pandemic, which limited Pichel to a single fight in 2020 and also left him with few training partners.

“COVID hit and things were pretty tough,” he said. “I was still training, but a lot of people weren't, so I was training by myself a lot. At Peterson Grapplers, we all got COVID – it went through the gym. It took me almost a month to get a clean test. Then I get back to training and no one's training. I can't compete at the level I'm at with that kind of stuff. And my training partners weren't even high-level training partners either, so that was my final straw. I can't live my life on hold. I can't let something that hasn't killed me stop me from living my life.” 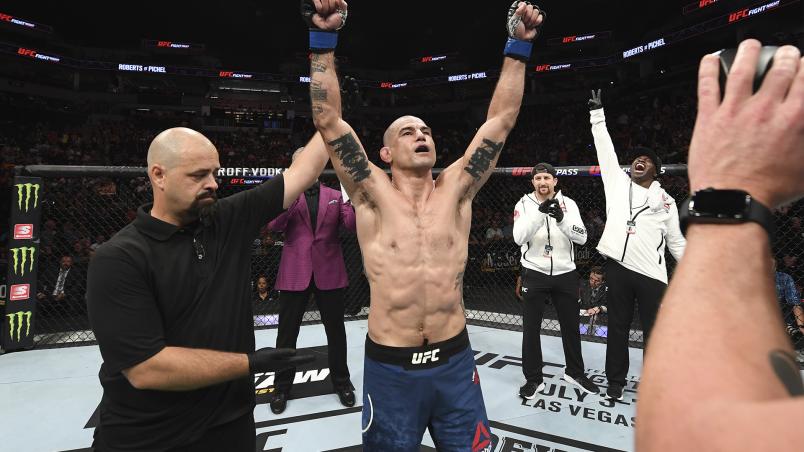 So where to go? If you spend nearly four decades anywhere, packing up and moving is a major life decision. Pichel, 38, narrowed his destination down to Las Vegas and Colorado, and while there were pros and cons to each, he ultimately decided on Englewood, home to the Factory X squad that has become one of the go-to gyms for top-level mixed martial artists. And it doesn’t take long for Pichel to describe why he chose Marc Montoya’s squad to take him on his way through the next chapter of his career.

“To say it in one word, I'd have to say it's the culture,” Pichel said. “Marc Montoya is really huge on culture with these guys, and what that means is building a family together. And with these guys, you see it. These guys are one big gang. They all support everyone and they're all friends with everybody. They all hang out after training. You really can't put a price on the mentality that has been built here by Marc Montoya and his coaching staff.”

It doesn’t hurt that Pichel is working with killers every day in his new home base, and despite the grueling work, he is happier than he’s ever been.

“My peace of mind is so much more important than anything else to me right now, especially with the way the world is,” he said. “I take off (from California) and I am so happy now. My mindset is so good; I'm so happy, so free, I'm training better, I'm healthy, I'm stronger than I've ever been. I feel like I'm 20 years old again and I just started fighting and I'm falling in love with it right now. And I couldn't be happier.” 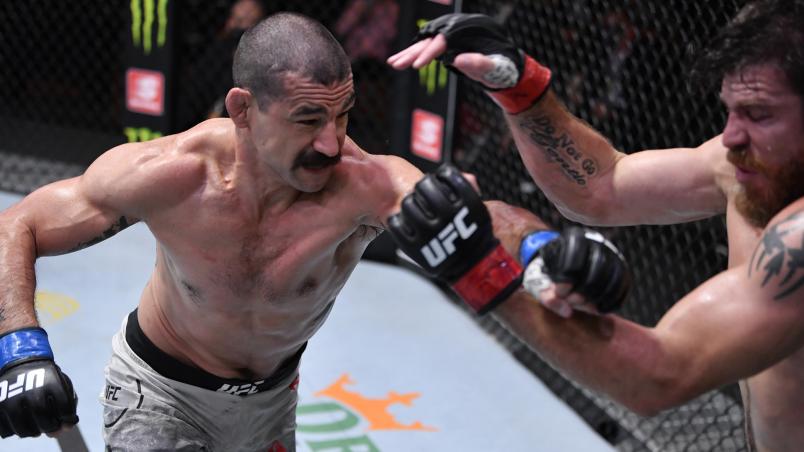 Twenty years old? Not bad for a 38-year-old, but don’t think Pichel is seeking a fountain of youth as he approaches 40. No, just one look at his Instagram feed will show that he is embracing being an elder statesman of the UFC’s lightweight division, as he posted on February 1, a quote which says a lot.

“Beware of an old man in a profession where men usually die young.”

Pichel laughs, knowing that there will be opponents, maybe even this Saturday’s foe, 29-year-old Austin Hubbard, who may think they can catch Pichel sleeping. But with a 6-2 Octagon record and a fresh outlook on life both in and out of competition, he’s wide awake and ready to turn that six into a seven this weekend.

State Of The Lightweight Division

“I'm the kind of guy that if you want to fight, I'll beat your ass,” said Pichel. “I'll throw a punch, I will hit you, and I'll let gravity do the rest of the job for me. I have no problem fighting with who I need to fight with.”

And if he makes it three straight by beating Hubbard, does Pichel start thinking that maybe, just maybe, there’s more of a future here than just the next fight?

“At first, to me, this was something I loved to do, but it was also my job,” he said. “It was something I loved to do that paid my bills. But when I moved out here, my mentality changed and now I'm swinging towards the idea that I can easily get me a title. I feel like the reason why I haven't been maybe pushing that too much is maybe my mentality and how I had been feeling back home in California. I honestly think the weight of me being there and not being happy for all that time was doing that to me. When I'm here, I have the attitude right now that I want to win a title. And I can win a title easily. I can beat any of the top three guys. I know I can. And if those guys don't think I'm dangerous, they're gonna get a rude awakening.”

Pichel chuckles, expecting that the world won’t know what hit it when “From Hell” shows up “From Colorado.”

“I'm gonna be such a monster.”