After her upset win on Dana White's Contender Series, New Jersey native Victoria Leonardo plans to prove she belongs with the best of the best.
Jan. 18, 2021

Victoria Leonardo has called Louisiana home since she was four years old, but in the lead-up to her November bout against Chelsea Hackett on Dana White’s Contender Series, the New Jersey native had an opportunity to show off her East Coast attitude.

Three opportunities, to be specific, as she rapidly found out that despite eight pro wins and bouts in Invicta FC, LFA and Bellator, she was going into the UFC Apex as an underdog to 22-year-old Australian phenom Chelsea Hackett.

That didn’t sit too well with a fighter dubbed “Fury,” who had been in a similar situation more than once over the course of a pro career that began in 2018.

“It always seems like every single time the hype is against me for whatever reason,” she laughed. “But I really feel like my best performances have been when I've had to prove myself in some way. Me and my husband (Brent Mason) have talked a lot about this because I think some of my worst performances are when I was overconfident. But I've always performed the best when I felt like I had this chip on my shoulder. For example, my pro debut there was a lot of hype behind Hailey (Cowan) and I felt like I had to go in there and show that I was up at that level. I've faced a lot of undefeated opponents, so every time it seems like they've got that hype behind their name because they've got the ‘0’ or for whatever reason, it fuels me.” 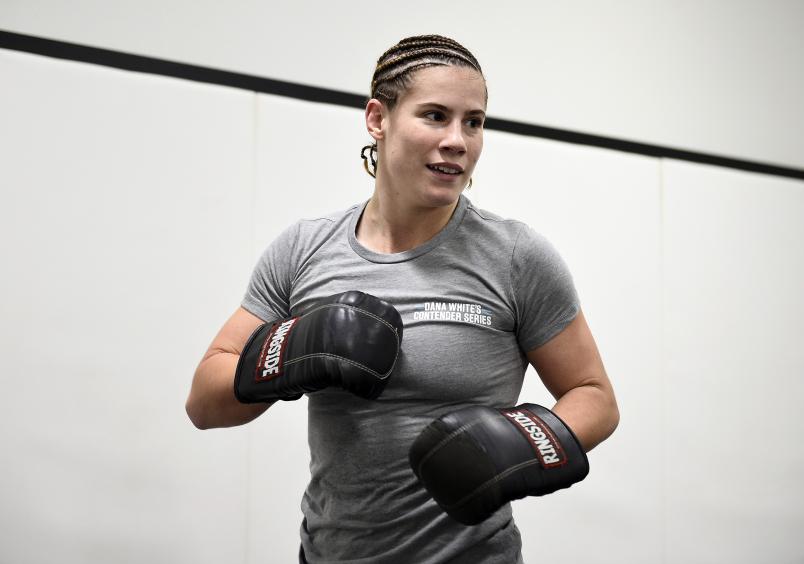 And that was before things really heated up. After getting the call to face the unbeaten Hackett, Leonardo scoured the internet for info and footage on her opponent, eventually winding up on Reddit. You can see where this is going.

“I don't know how I got on this thread, but some person was like, 'Yeah, Victoria's good when she wants to be, but I think Hackett's gonna win,’” Leonardo recalls. “For a day, it f**ked with me and then I was like, 'No, I'm gonna prove this stupid motherf**ker on Reddit wrong.' I don't know if that person even cares, but it got to me.”

Leonardo laughs about it now, her credentials as a true fighter already established by her reaction. But, at the time, it was just putting Hackett in a deeper hole because now the Shreveport product was even more fired up.

Then came fight day, and in the van on the way to the venue, Leonardo’s coach and husband found that night’s card online.

“My boxing coach, for whatever reason, was like, 'Oh look, they've got the pictures of everybody next to their opponent,'” Leonardo laughed, “And I was like, 'Don't show me that, it's got betting odds on it.'”

They didn’t believe her. 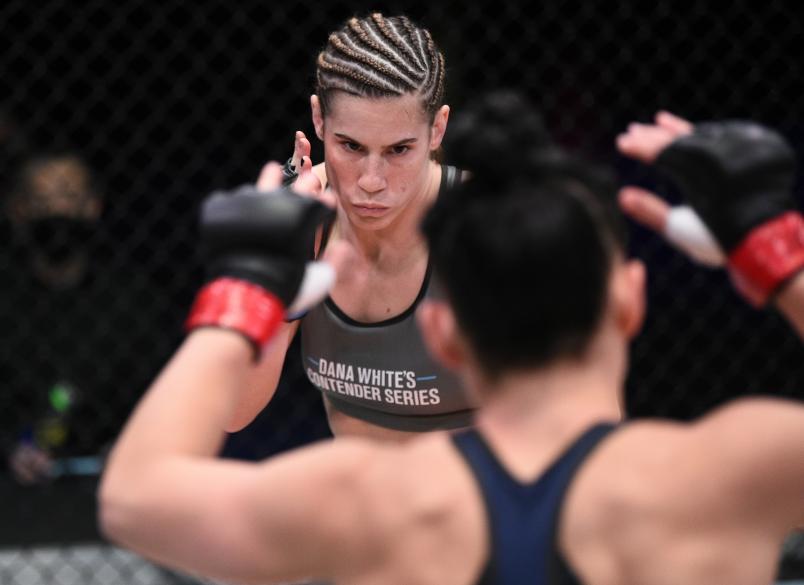 It was official. Leonardo was the underdog. Two down, one to go, and the third jab at her was as she sat and saw a preview of the night’s bout.

“I see (UFC featherweight champion) Alexander Volkanovski's quote about my opponent,” said Leonardo. “And I sat there, just seething. At that point, I was pissed. ‘Wow, they're just gonna completely count me out of this. Everybody thinks she's gonna blow through me.’”

Leonardo had other ideas, but first she had to get in her zone and get ready for a fight.

“Just stay focused and get to the fight because I know I've faced better competition than she has and I'm not trying to say anything about the girls that she's fought and be negative towards them, but they were just not on the same level as the competition I faced in Invicta. I felt ready to show people that.” 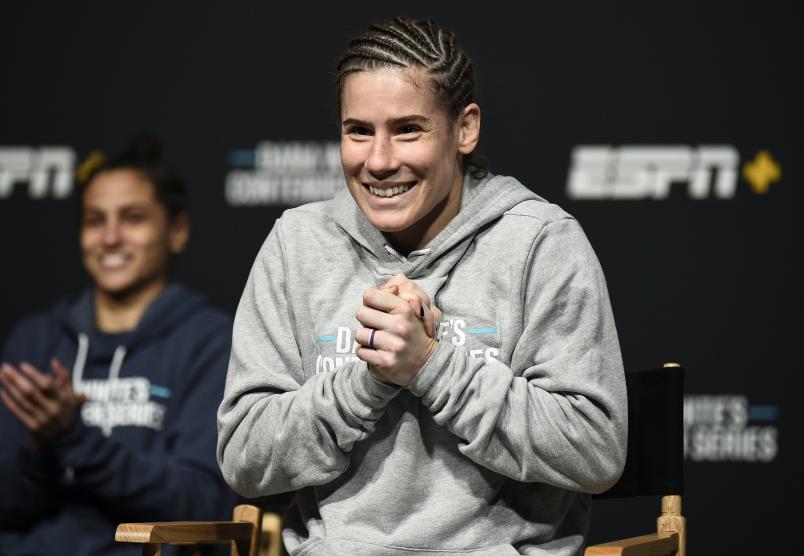 She did. At 4:41 of the second round, Leonardo halted Hackett, handing the Aussie her first loss while picking up a UFC contract for herself. She breaks that contract in on Wednesday when she battles fellow newcomer Manon Fiorot on Fight Island in Abu Dhabi. It’s the biggest fight of her life…again…so she’s ready for everything to come.

“I feel like every fight is the biggest fight of my life,” said the 30-year-old. “Every fight that I have coming up, it's always like this is the biggest fight of my life. And it's those little fights in between or on the way to that really start to define your career and so you really can't lose too many of those. I've had a couple of devastating losses, so I know how important it is for me to go out there and put on a great performance in every single fight. I'm certainly gonna have jitters, but I don't know if they're gonna be different than my normal pre-fight jitters. Every fight's important and I really do look at every fight like that, like this is the biggest fight I've ever had in my life.”

That’s a good sign, because if it wasn’t that way, Leonardo would be going backward, not forward. And she is most certainly going forward. Just don’t call her a UFC fighter yet.

“I don't feel like I've made it,” she explains. “I feel like, can I really tell people I'm a UFC fighter if I haven't won a UFC fight? I want to be able to say, I'm here, I whupped this girl's ass and this girl's ass and I'm ready to be in line with the top contenders. I'm gonna continue to have a goal in front of me because that emotional high from winning the fight wears off and then I start to see, okay, I've got this thing now, and I want to get back to that feeling of reaching that goal and feeling my hand raised again. It's addicting. And now I've gotta prove I belong in the big show, so it's never done.”