Vick Is Ready To Get Back On Track At UFC Phoenix

After a disappointing loss to Justin Gaethje last August, “The Texecutioner” has refocused his attention on another lightweight warrior. Vick isn’t looking in the past for answers or looking to make excuses for what happened in his last fight. He simply is ready to get back on track.

“In my mind I just got caught. I didn’t really change anything, I mean obviously I corrected some technical issues,” Vick said. “Even when you win fights you go back watch the film and realize stuff where you could have been caught if they did this or that. But I didn’t change anything, I just corrected some things and kept anything to what’s got me here to this point.”

What got Vick to this point was a streak of impressive finishes and game plans. He hopes that the co-main event slot will be the perfect opportunity to remind the world what he brings to the Octagon.

We caught up with Vick to ask him what he’s been up to since we saw him in Nebraska, what he thinks about Paul Felder and how he sees the match-up playing out. 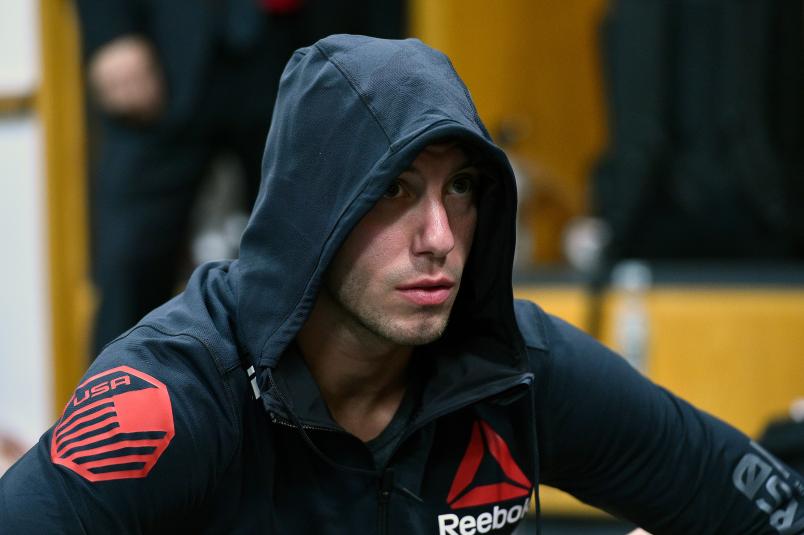 UFC: How was your camp and how are you feeling heading into this fight?

Vick: It’s fight week, I’m feeling good and ready to weigh-in and get that over with and get the fight going.

UFC: What have you done since we saw you in Lincoln?

Vick: It has been a while since my last fight so I’m excited to get back in there. I’ve just been training like usual. I live a lifestyle where I train twice a day pretty much year round. I have a new son, my son James Jr. is 10 months old so just been raising him and experiencing being a father.

UFC: You’ve focused a lot on your diet heading into this fight. How is that going?

Vick: My diet has been great. I had the worst weight cut that I’ve ever had last fight, it was horrible. Part of that was because I cheated my diet it was rough. George Lockhart my nutritionist called me out on the Joe Rogan podcast about it so I was like “man I need to fix this”.

UFC: Mentally, what’s it like to come into your next fight after a loss? Both you and Paul Felder are looking to bounce back. Does motivation become a factor?

Vick: We’re both motivated for this fight for sure. It’s not going to be an easy fight because we are both so motivated. But I don’t think the previous losses that we’ve had are going to be any factor in this fight. We’ve been preparing for each other for a long time now so I think you’re going to see on Sunday night.

UFC: What can fans expect from you in this fight?

UFC: What do you expect from Felder?

Vick: For the rest of the year, my goals are: I want to win this fight Sunday, I want to fight two more times this year and I want to be ranked in the top 5 in the UFC (lightweight division).