Vicente Luque’s Patience Is Paying Off

Vicente Luque Is Feeling More Confident Than Ever Heading Into His UFC 265 Welterweight Showdown With Michael Chiesa.
By Zac Pacleb, On Twitter @ZacPacleb • Aug. 5, 2021

When it comes to Vicente Luque, these things are true: he’s going to put on an exciting fight, that fight will nearly always end in a finish, and he’s going to go about his business in a humble, yet confident, way. It’s why “The Silent Assassin” is such an apt moniker, and it’s also why Luque has grown into a fan-favorite in the welterweight division since coming to the UFC in 2015 via The Ultimate Fighter.

It is a wonder why Luque hasn’t ascended the welterweight ladder more quickly. He has 12 finishes in 13 UFC wins, and other than his debut loss to Michael Graves, his only losses have come to perennial contenders Leon Edwards and Stephen Thompson. Even after submitting Tyron Woodley in the first round in his most recent outing, he wasn’t able to get a crack at a clear No. 1 contender fight.

Instead, he signed to fight fellow surging welterweight Michael Chiesa at UFC 265. That reality is something Luque candidly grappled with as he looks to distinguish himself among the pack at 170.

“That’s something that, for a long time, I’ve been struggling with,” Luque told UFC.com. “I know that I’m not a guy that people want to fight. I know that my style is dangerous to anyone. Even when I lost to a fight, it was a tough fight, and guys didn’t come out healthy out of that fight, so I know it’s not a fight that many people want but, at the same time, I’m winning a lot of fights. There’s nowhere people can run right now.” 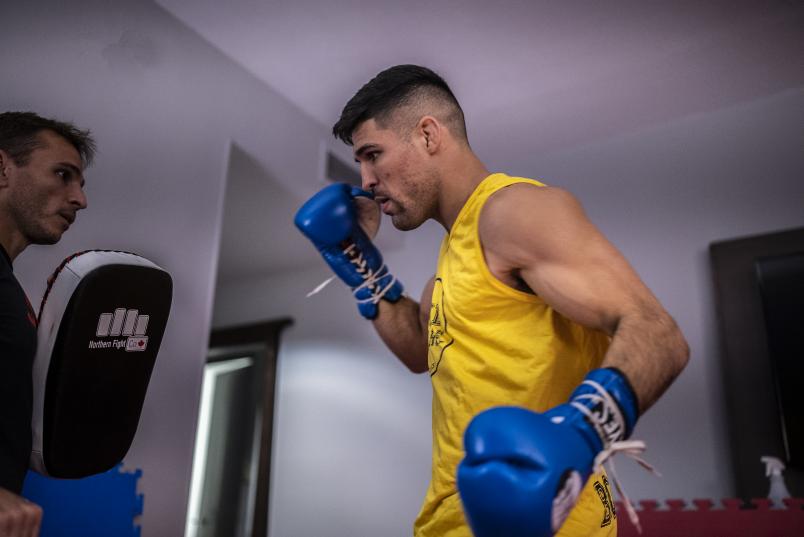 In beating Woodley, and beating the former champ the way Luque did, the Brazilian believed he showed the division he is ready for a higher class, that he is title ready. After that fight, he called out the likes of Jorge Masvidal and Nate Diaz, but to no avail.

That’s not to disrespect Chiesa, though. Luque made it a point to express how impressed he is with how Chiesa has looked since moving up to welterweight a couple of years ago, and he’s eager to accept the challenges Chiesa presents.

“I think Chiesa is a good fight,” Luque said. “He is coming off four wins, and he beat a former champion, so it was a fight that, for me, it made a lot of sense because one of the two, whoever wins, is going to go up there probably into the Top 3 or even position himself to possibly fight for a title fight.

“It kind of shocked me how he could make 155 because even at 170, he looks like a big guy, so it was a good move,” he continued. “He proved that in his fights. Four-fight win streak, beat a lot of great names in the division, so I think that he’s looking good. He’s a dangerous grappler. I’m known for being a striker, so it’s kind of like that classical match, striker-vs-grappler, and that excites me because I’m going to go out there and try to show everyone that I can do what I gotta do and beat him.”

As Kamaru Usman continues his run of dominance on top of the welterweight division, fighting a grappling-heavy opponent like Chiesa has its clear benefits for Luque. It’s a little similar to the position in which Stephen Thompson found himself before fighting Luque’s good friend Gilbert Burns. A lot of people were curious about how “Wonderboy” would fare against someone with Burns’ grappling pedigree before he got another shot at the title, and Burns showed that is a taller task than some thought.

Of course, Luque is not Thompson, and Chiesa is not Burns, but the similarities are there if you look closely enough, and at 170, the margins are razor-thin when it comes to finding your way to a title fight. And even though Luque himself called this a “striker-vs-grappler” matchup, he’s not exactly scared of going to the ground with Chiesa.

“I really feel confident in my grappling,” Luque said. “If we do end up on the ground, I have some things that I could show him and kind of threaten him on the ground as well. I think I can show some new things, maybe, if he puts me in that position, but overall, I’m going to go out here to strike and to put on an exciting fight as I always try to do.” 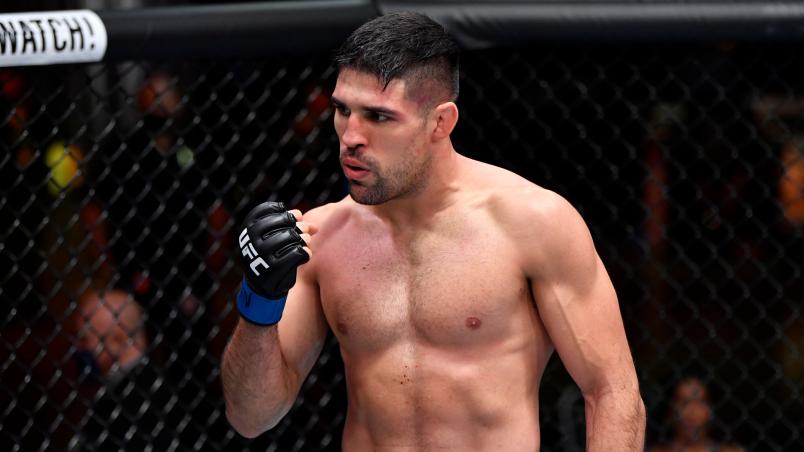 An exciting fight is where Luque lives, and he knows the fans enjoy it, which is why he’s particularly excited to hear the crowd pop inside of the Toyota Center. It’s part of his motivation, as is his newborn child, who was born in mid-May.

On the whole, it seems like things are coming together at the right time for Luque. At 29 years old, he has built quite the reputation, and now, the windows are opening to prove that he is more than just a technical brawler, but one of the best welterweights in the world. If he keeps winning, which in Luque language also means racking up highlight-reel finishes, the best in the division won’t have any choice but to face him sooner than later.