Vera has no problem fighting in Kelleher's hometown 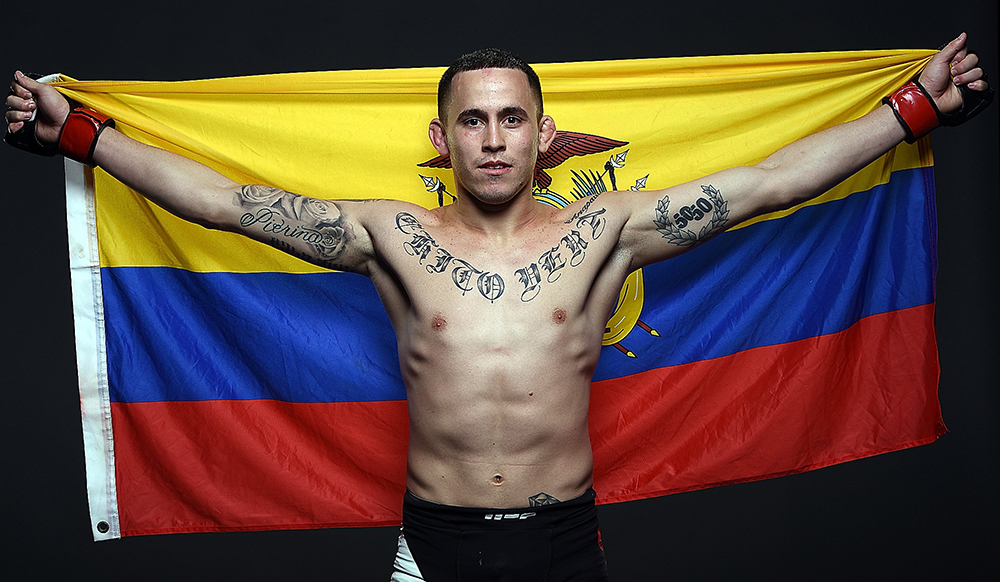 Marlon Vera laughs when the subject of fighting Brian Kelleher in the Long Islander’s hometown this Saturday comes up.

“I think every fight is in somebody’s backyard for me,” Vera explains. “I fought in Peru against Peruvians, in Mexico against Mexicans, so this isn’t a big deal anymore for me. It’s all about being prepared, executing the strategy and getting the win.”

As the UFC’s lone representative from Ecuador, the 24-year-old is used to being the road warrior in order to make his living in the fight game, and this was never more evident than in his last fight, when he traveled to London to face local hero Brad Pickett, who was retiring after the bout.

In many ways, it was a no win situation for the Chone native. He wins, he’s the bad guy. He loses, it’s a big step back in a competitive bantamweight division. But Vera’s coach, Colin Oyama, gave it to him straight.

“My coach said, ‘The guy stands the same way you do, so why can’t you beat him,’” Vera recalled. “And that’s true. It was a big fight, and I thought if I win this fight, I will tell myself I’m ready for big things and I will let the UFC know I’m ready for big things. If I lose, I’m just a guy who went into the other guy’s town to fight, and I will be that guy forever. So I will fight hard with this guy, I won’t give up and I’ll put my hands up.”

At 3:50 of the third round, Vera stopped Pickett, and while the crowd wasn’t happy, “Chito” soon won them over with a classy display of respect for his opponent.

“I fought there before, and guys from London are really cool,” he said. “So I calmed the fans down and let them know that it’s not my fault. He was trying to do the same to me. I was just trying to give the microphone to Brad.” 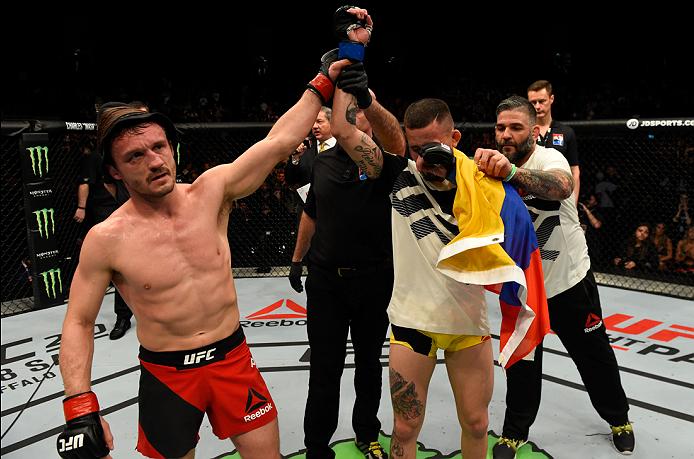 The win, Vera’s third in the UFC since his debut in 2014, was his biggest by far, yet for fighters to make it big in this business, they have to leave an impression. And the impression Vera left in London was of a talented and exciting fighter who is also a gentleman intent on giving a good example to his two children.

“I have two kids, and they will go to school,” he said. “And when you’re like that (talking trash) and something happens and you’re down, they’ll say, ‘Your dad was running his mouth too much and look what happened.’ I look at someone like Minotauro (Nogueira). He was a world champion before and he was always nice. The whole world loved the guy. I look up to him. He never had to talk trash. I’m also a big fan of Conor (McGregor), but I don’t try to be like him. Only you can be like you. So be yourself.”

Being true to himself is working just fine for Vera, who sees the results of his efforts in and out of the Octagon when he returns home to Ecuador.

“It’s really cool to see all the people getting happy when they see me and they’re super proud,” he said. “What really makes me feel comfortable is that they still support me and still give me all the love they used to give me, and every time it’s getting bigger and bigger. That’s a sign that all the hard work I’m putting in and all the sacrifices I’ve made in my life are paying off. They really appreciate what I’m doing and this is huge for me. My biggest dream is to headline a card in Ecuador.”

Then his opponent will have to be the guy fighting in his backyard. That would be just fine with Vera, who has earned the right to be the A-side. But in the meantime, he’ll do what’s necessary to get the win, no matter what zip code he’s fighting in.

“My life is together, my family is happy, and if my family is happy, I can do my thing, no problem,” he said. “I’m another human, I’m nervous when I have a fight, but with all the hard work I’ve been doing, I don’t cheat the grind, so I’ll just go in there and get another win.”