Vera believes Lineker fight will put him on the map 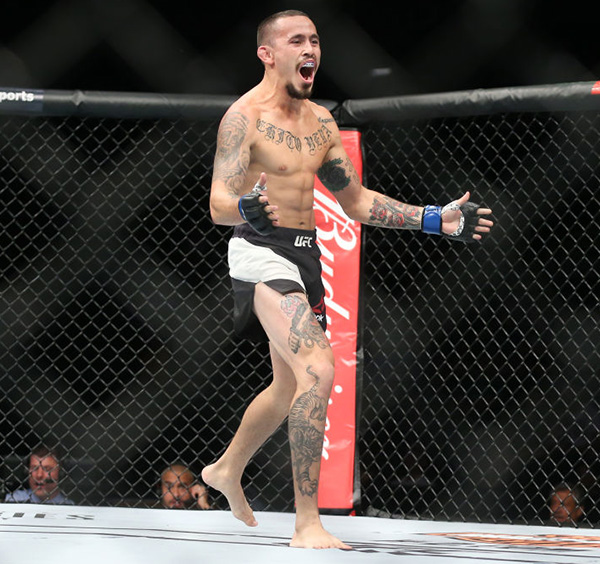 “It doesn’t matter anymore,” he laughs. "I really don’t feel that it’s good or bad for me. I just feel good that I have a fight. I’m healthy and getting ready for it and I’m happy with this opportunity. This is a good fight for me and this is the fight that will put me on the map for real, and I’m excited to go perform in Brazil.”

Vera’s rise from unknown to a fighter on the verge of the top 15 in the UFC’s bantamweight division is one of those feel good stories in the sport because if anyone was forced to come up the hard way, it’s this 24-year-old. Hailing from Ecuador, a country that’s far from a place producing UFC-level talent, Vera had to pave his own way to the Octagon.

The first season of The Ultimate Fighter Latin America got his foot in the door, but after going 1-2 in his first three UFC bouts, he was at a crossroads that put more pressure on him than simply fighting in an opponent’s hometown.

“Pressure-wise, I used to feel it because I wasn’t with a winning streak before,” he said. “I was just a guy that was in the UFC and fighting once a year.”

Then he won three straight, defeating Ning Guangyou, Pickett and Kelleher. Now he’s facing the No. 5-ranked bantamweight in the UFC, and with a win, he’ll likely crash the top 15 and maybe even the top 10.

“Right now, I feel like it all came together for me,” Vera said. “I’m finally in the spot I should have been in before, and I’m feeling great for this fight. I can’t wait to get there and fight. The only pressure I have is to train and do it all correctly. And that’s pressure I put on myself. I have to do everything correctly, but fighting wise, I’m ready to go. I know I’m a better fighter. I know it looks crazy for me to take a fight like this, but I took the fight because I know I can win.”

Maybe it’s not that crazy, because in the Pickett and Kelleher fights, Vera has continued to evolve his game everywhere, and he’s getting finishes along the way. Add in a stable training environment with Team Oyama in California, and it looks like prime time for the Chone native. 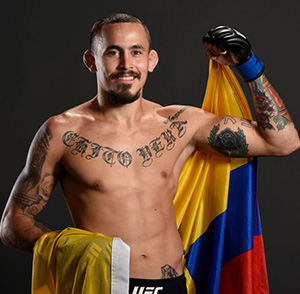 “I know my skills and I know I worked so hard,” he said. “I’ll fight anybody at any time because I’m always ready, I’m always motivated and I’m always thinking of fighting. I focus on one fight at a time, and that’s what’s making me successful because I’m not feeling that outside pressure. The only thing that matters for me is winning the fight and doing it in spectacular fashion.”

It’s a mature outlook for someone so young, but Vera grew up fast in Ecuador, and as a married father of two, he’s had to take on adult responsibilities while some of his peers are experiencing a late adolescence. Vera doesn’t begrudge anyone their good times, but for him, what he wants to achieve in life requires a full commitment with no shortcuts. And he’s just starting to get to the good part.

“This is what I wanted to do since I was a kid,” he said. “Fighting for me was everything. When I started training, I was 16. At that time, all my friends were going to the beach and surfing and I had to train. It was all-in or nothing. When this started paying off, I said, ‘Well, I’m leaving something, but I’m getting what I really want.’ It’s hard, but this is my happiness. For me, going to a club and getting drunk is not what makes me happy. It’s fun, don’t get me wrong (Laughs), but it’s not my happiness. Every time I get my hand raised, there’s nothing better than that. There’s nothing better than coming home and my kids are saying, ‘Daddy won,’ and my wife is happy. Nothing is forever, but the legacy I will leave and the example I will bring for the kids and the name I will bring to the people, you will be remembered forever.

“This is my life,” Vera concludes. “It’s like when the samurai decides to be a samurai, it’s forever or nothing.”