Velasquez drops Browne in 1st Round 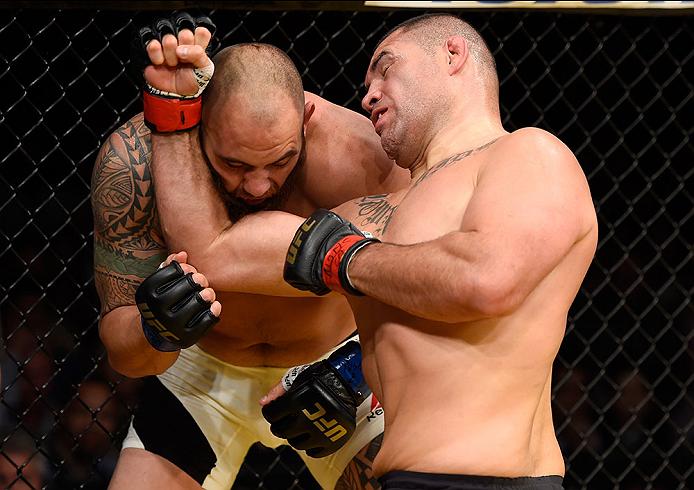 After dealing with injuries that limited him to just five fights since 2012, the old Cain Velasquez showed up in the UFC 200 main card opener on Saturday, as the former two-time heavyweight champion blasted through Travis Browne in a single round at T-Mobile Arena.

Browne’s first right hand was on target, immediately getting the attention of Velasquez, who nonetheless kept charging in. A minute in, Velasquez was able to close the distance and bull Browne into the fence, but he couldn’t get him to the mat. That didn’t stop the Californian, who kept setting a fast pace, even landing a spinning kick before dropping Browne to the mat midway through the round and opening fire with right hands. Browne struggled to his feet with a minute left, and while he kept throwing hard shots to try and keep Velasquez off him, the former world champ wasn’t going anywhere, and as the bout went back to the mat in the closing seconds, Velasquez finished Browne with ground strikes, referee John McCarthy stepping in at 4:57 of round one.