Two strawweight contenders will look to make a move up the 115-pound ladder on Saturday, December 17, as No. 8-ranked Paige VanZant will compete in her adopted hometown of Sacramento, California when she faces No. 12-ranked Michelle Waterson in the five-round main event at Golden 1 Center in Sacramento. 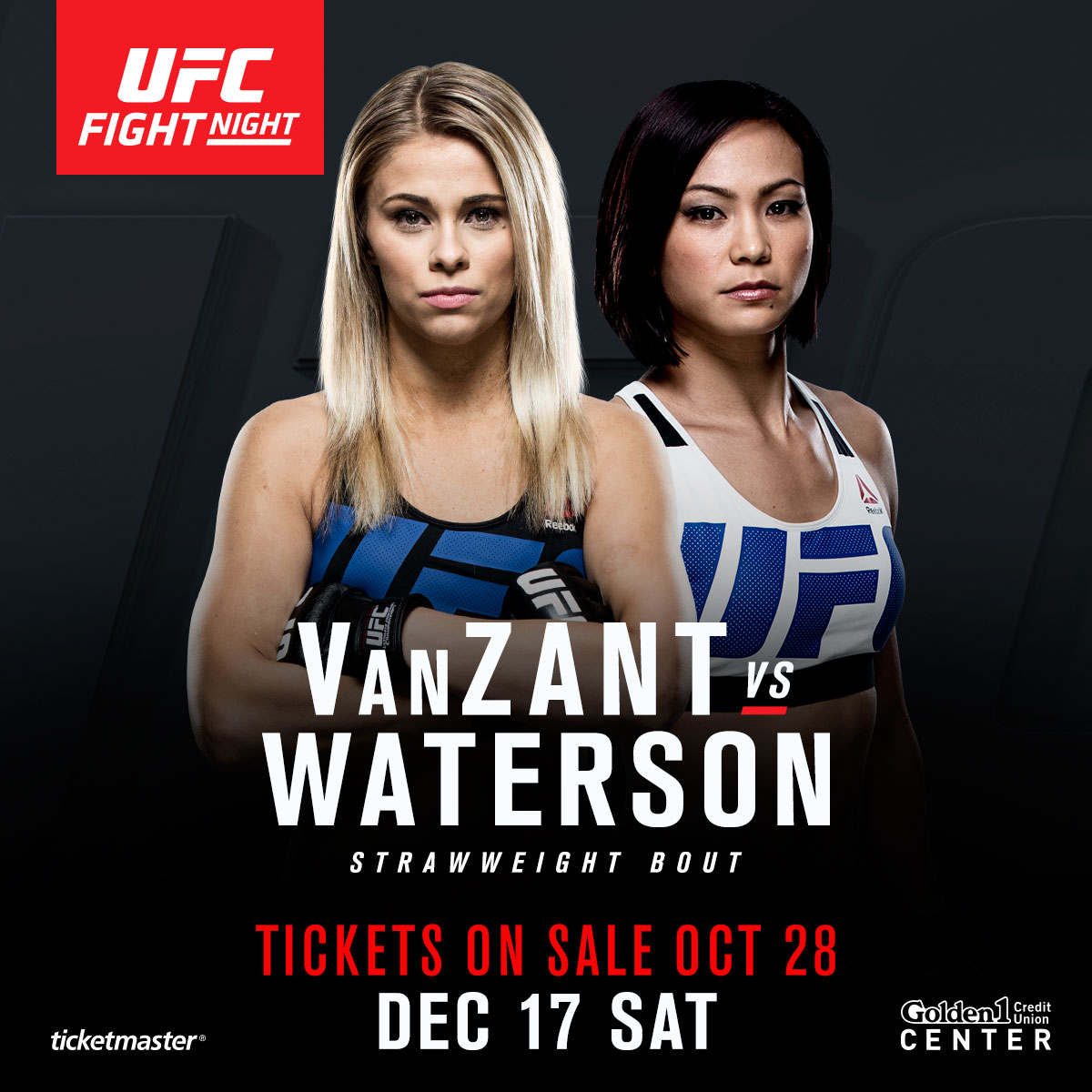 The event will air live on FOX. Stay tuned to UFC.com for more fight card announcements. Tickets go on sale on October 28.

One of the UFC's most dynamic young stars, VanZant captivated the country during her appearance on ABC's Dancing with the Stars, but in August she got back to her day job in spectacular fashion with a head kick knockout of Bec Rawlings. This December, she will square off with a top-notch striker in "The Karate Hottie," who returns from an injury-induced layoff to compete for the first time since her submission win over Angela Magana in July of 2015.