VanZant feels "reset" after moving up to flyweight

More than a year removed from her last appearance in the Octagon, the 23-year-old has changed addresses, changed teams and changed divisions, though she remains as exuberant as ever.

“It feels like an amazing reset, honestly,” VanZant said Thursday of relocating to Portland and moving up to compete in the newly minted women’s flyweight division. “I feel so excited to open up this division and to get to be a part of it.

“Training with my new team, I feel like everything really came together for this fight camp. I feel really good, so I think that’s going to be a huge factor. Also, I’m happier – getting to train around family and friends and the people I love, I feel like life is all about me and I love it and I can focus on becoming the best fighter I can.”

For the first three years of her UFC career, VanZant was based in Sacramento and trained at Team Alpha Male. Widely regarded as one of the best teams in the sport, the Urijah Faber-led outfit helped launch the likes of Chad Mendes, Joseph Benavidez, TJ Dillashaw and Cody Garbrandt to great heights and seemed like an ideal fit for the raw, but athletically gifted VanZant as she looked to take the next step forward in her career as a mixed martial artist.
RELATED CONTENT: VanZant vs. Clark - Two Flyweight Strikers | Fight-by-Fight Preview

Though her UFC tenure got off to an incredible start with three consecutive wins, the last two years have been more of a struggle as her highlight reel knockout victory over Bec Rawlings was sandwiched between submission losses to Rose Namajunas and Michelle Waterson.

Her loss to Waterson came in her adopted hometown and after the defeat, she decided to pack up and move back to her home state of Oregon, setting down roots in Portland and training alongside one of the most dangerous men in the Pacific Northwest. 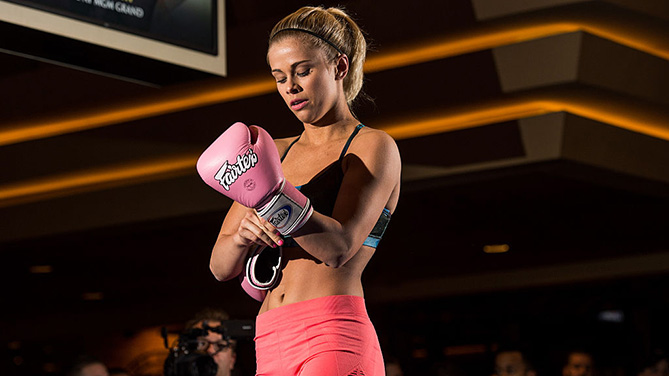 “For me, it was time,” she said of her decision to relocate. “I had extended my stay at Team Alpha Male and it was one of those things where it was time to be back with family. I’ve been fortunate enough to find Chael Sonnen and his fight team and honestly, it’s been the best situation for me and my training style and everything that I need training alongside him and his team.

“I don’t know how much people understand how much coaching turnover there was,” added VanZant, who saw numerous individuals assume the role of head coach during her time with the Sacramento-based fight camp, including Duane Ludwig, Martin Kampmann and Justin Buchholz. “It was awesome because there was a lot of knowledge and a lot of talent there, but I didn’t have the dedicated coaches that I need.

“Maybe it’s because I’m young in my career, but I need my coaches to focus on me to see where I’m growing, to see what works for me and to see what I’m improving on and I feel like I didn’t have that.”

But she’s found it in Portland.

In addition to working with her new head coach Fabiano Scherner, VanZant accepted an invitation to train at Burke Camp, an exclusive Muay Thai training center in suburban Portland, where she’s spent the last year getting the kind of one-on-one training she craves three or four times a week.

All of it, VanZant believes, will result in fans seeing significant improvements in her game when she steps into the Octagon on Sunday night against Jessica-Rose Clark in St. Louis.

“It was to the point where I needed 100 percent focus on me and I needed to be selfish and know that it’s my time and I’m not going to get better unless people are focused on me and I have that in Oregon,” she said. “It’s different – it’s all about me and I feel like I have so much more focus on myself and that’s something that I haven’t had in a while, but that’s when you really start seeing improvements.”

The opportunity to compete in the 125-pound weight class will have a significant impact on her performance as well.

“Oh my gosh, I feel so much better,” VanZant gushed. “I can actually train. Last night, I was able to go and train and sweat 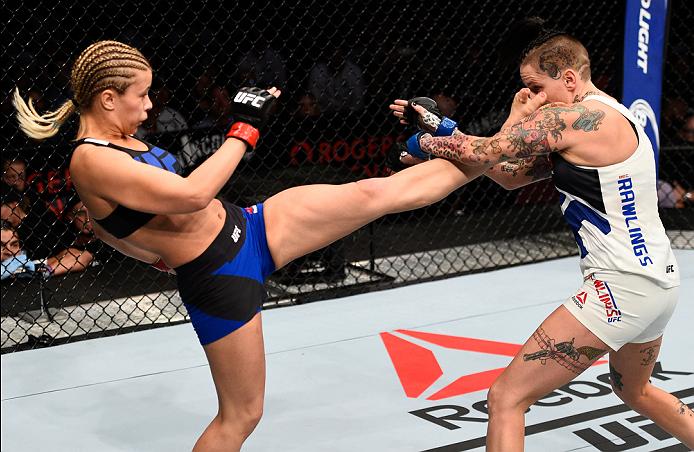 and get a good workout in. I feel awesome. I feel so good.

“At strawweight, I did not feel that. All of fight week, I was going through the motions and every step I had to take was agonizing, just having to fake it with the media and fake it through the photoshoots and everything that we have to do on Fight Week.

“I’ve never told anybody this, but at open workouts in Sacramento, I had Cynthia Calvillo, who is now a huge name in the UFC strawweight division, but she had never fought in the UFC at that time, come up on stage and I said, ‘Hey, my friend Cynthia is going to do the open workout for me’ and it was honestly because I couldn’t do it. I was so exhausted; I couldn’t move my arms and I couldn’t move my body, so I feel so much better now.”

Needless to say, the 23-year-old talent is champing at the bit to punch someone in the face again and show everyone Paige VanZant 2.0.

“It’s definitely a brand new Paige VanZant,” she added. “I’m definitely going to be more composed than I’ve ever been and obviously, having the layoff, I have the fire in me again. I’ve been wanting to get back in there for a long time, so I’m going to bring the heat.”