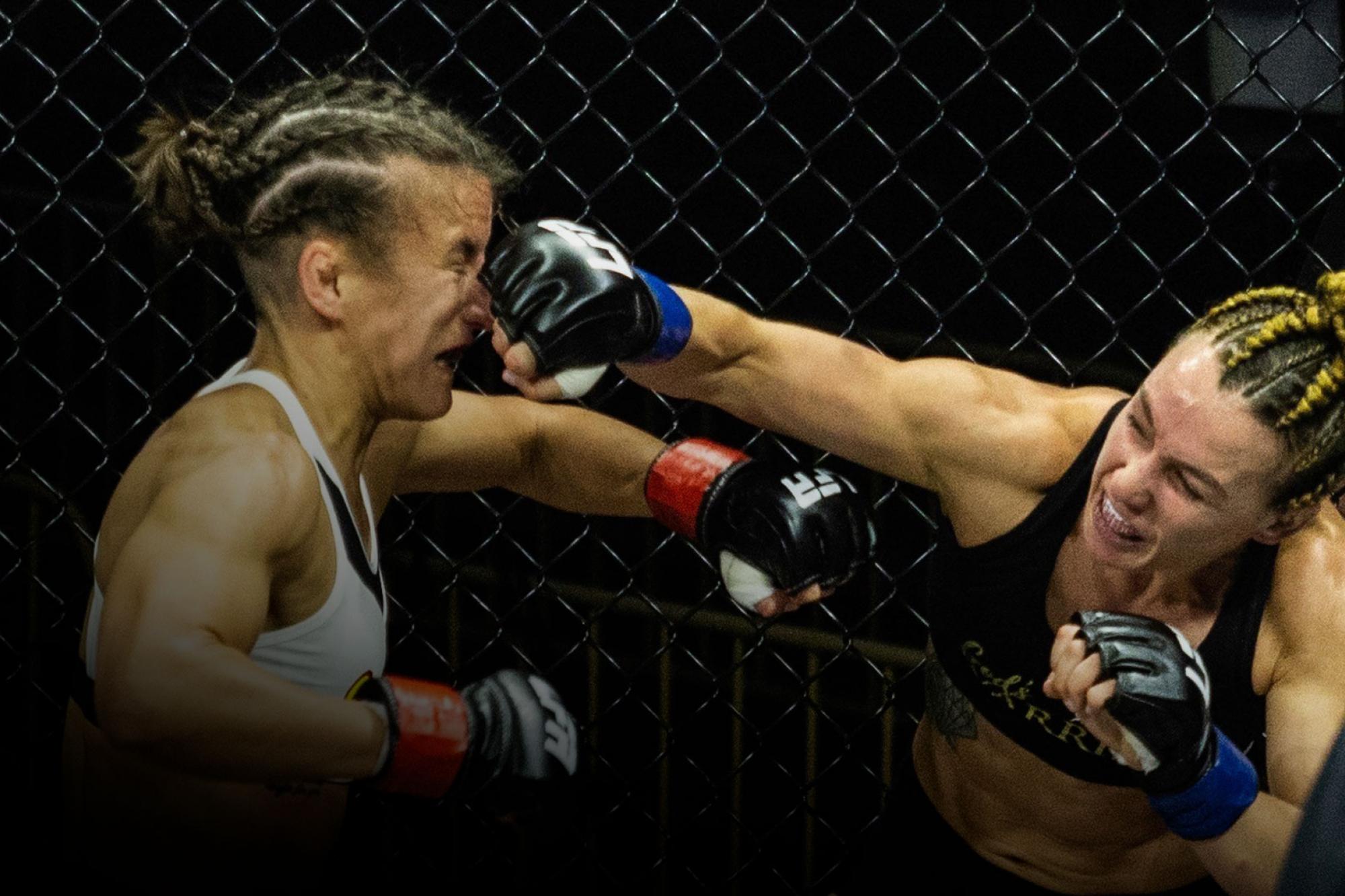 Vanessa Demopoulos looks to cap off a successful summer with a win on Dana White's Contender Series
By Walker Van Wey • Aug. 11, 2020

The last time the world saw Vanessa Demopoulos was…well, only a few weeks ago, but passion, will to win and a touch of self-proclaimed superhuman tendencies have her as bubbly as ever for the biggest fight of her life.

If good things come in threes, Demopoulos is in luck. Every fighter’s goal when they get into the fight game is the UFC. After 10 years of training and a one month checklist of bucket list accomplishments, the energetic strawweight is hoping to ride her momentum straight to The Show.

“I’ve always known that this is kind of the path,” Demopoulos said. “This is what my manager and I have sat down and talked about. I knew that I might fight for Contender Series, but I really wanted the LFA belt. Who knew that they were both going to come at the same time.”

While her fight for the LFA strap on July 17 went the way she had hoped, it didn’t come easy.

The BJJ specialist found herself in trouble early and often to Sam Hughes. Already behind in the fight, Demopoulos made a costly error that set her ever further back. An ill-advised upkick to the face of a grounded opponent cost her a point late. As fate would have it, the smooth operator stuck to her game plan and broke Hughes’ heart late in a fight she had all but tucked away.

“I’m not ignorant to knowing where I was,” Demopoulos explained. “I wasn’t winning, for sure, and then being an extra point behind I knew I had to make something happen. There’s so many times I’m down on points. It’s actually hurt me a lot in competition jiu-jitsu also. I’ll be down on points and I’ll come back with a submission. Submission is king!”

It's this very tendency that causes many of Demopoulos’ fans to hang on to the losses a little longer than others. There’s just something about having the fight in your clutches and ripped away that doesn’t sit well with many in the world of combat sports.

The situation is one that Demopoulos understands but doesn’t reward.

“F*** that noise,” Demopoulos laughs. “I’m a dogfight kind of a fighter. I’m a very technical fighter but when I’m in there, it’s war, I win, it’s over. I’m moving on. I’ve had it a few times where my opponents get stuck on me and they get so obsessed with me and it sucks. They want to fight again and I’m like, ‘let’s just keep going. I’ve got a lot of s*** to accomplish. I’m not stuck on you.’”

Being stuck in senseless grudge matches pre-UFC isn’t exactly proving yourself any further, so Demopoulos does have a point. She, herself, has a loss that felt like it could have gone her way but she honored the decision and moved on.

It's hard to reverse an entire mindset, but with a knack for fights that fighters just can’t move on from, Demopoulos may have stumbled upon a gold mine she is completely unaware of. The UFC trilogy.

With no classic trilogies in UFC women’s divisions yet, the price tag on a fighter like Demopoulos could rise sky high if the current trend continues.

Demopoulos’ tendency to put the pedal to the floor also sets the table for leaving a trail of rematch -demanding strawweights behind her.

“I am always so ‘go’ and I have to be slowed down sometimes,” Demopoulos says. “I’m not the one hitting the brakes over here. Other people hit brakes for me and that’s what a team is for.”

Demopoulos further explained that there’s no need to be nervous. This is the process she’s worked for, for ten years. She’s in love.

With lofty promises of frequent Octagon visits if she’s awarded the UFC contract, we’ll find out what she’s made of on August 11.

“I’m good to fight four times this year,” Demopoulos said. “Wait a minute, we’re in the middle of the year. Yeah. F*** it. I don’t care. Let’s do it. I’m so excited to go out there and do the damn thing.”

Watch Vanessa Demopoulos bring in the LFA strawweight title weeks before her DWCS bout ONLY on UFC FIGHT PASS!