For Valentina Shevchenko, The Mission Is Still The Same

The wait can be a killer. A fighter trains for weeks in order to peak on a particular night, and then suddenly, it’s all gone. An injury, an illness, whatever it is, and the biggest fight of someone’s career is gone. 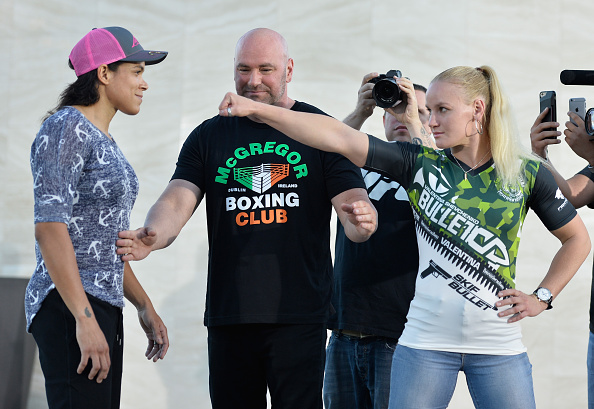 Valentina Shevchenko is one of the lucky ones in that her rematch with Amanda Nunes for the UFC women’s bantamweight title was rescheduled from July 8 to this Saturday. But for an athlete who hit her peak for that July bout before Nunes withdrew on fight day due to illness, one has to wonder whether she can reach those heights once more in Edmonton?

Shevchenko isn’t wondering about such matters.

“For UFC 213 on July 8 I was in my best shape, but now I feel like I’m in great shape again, and I will do whatever I have to do to win this fight,” she said. “And it doesn’t matter if it’s fighting in a standup fight or fighting on the ground. It doesn’t matter for me. I’m ready for everything.”

The 29-year-old Kyrgyzstan native has a unique personality trait in that it seems impossible for her to play the media game so many athletes do. There are no clichés, no saying one thing when meaning another; just real talk from a real fighter. And along those lines, she pulls no punches when talking about Nunes’ withdrawal from UFC 213.

“I was surprised, and it was unbelievable that I can have that experience on this level of competition,” Shevchenko said. “It’s not just a fight; it’s the main event of a great event like UFC 213 and everybody wants to be there and every fighter wants to be in the best shape. In the end, I don’t think that this (sinusitis) was really the reason why she pulled out of the fight. And now she can say whatever she wants and try to convince everyone, but I think she was cutting weight for 24 hours and having a very bad experience and she just felt very weak for the fight. For me, that’s the real reason why she did this.”

Shevchenko and Nunes weren’t going to be on each other’s Christmas card lists before the champion’s withdrawal from the bout, but this back and forth for the last two months has added more heat to the rematch of Nunes’ win over her future challenger in 2016. And Shevchenko wouldn’t be surprised if the talk of her being in the head of “The Lioness” is true.

“I think so, and I think she’s thinking even more after pulling out of the fight because everyone was asking her why she did this,” she said. “And before the fight we had so many face-offs, and I never had that many before any fight with anyone. So it’s totally natural that she has it in her head.”

Shevchenko seems to enjoy that possibility, because anything that can make her job easier this weekend is welcome. And on the side of “Bullet,” it appears that she’s only gotten stronger since that first fight at UFC 196. In fact, while Shevchenko was disappointed by not fighting Nunes in Las Vegas in July, she was still ready to step into the Octagon when challenged by strawweight queen Joanna Jedrzejczyk. 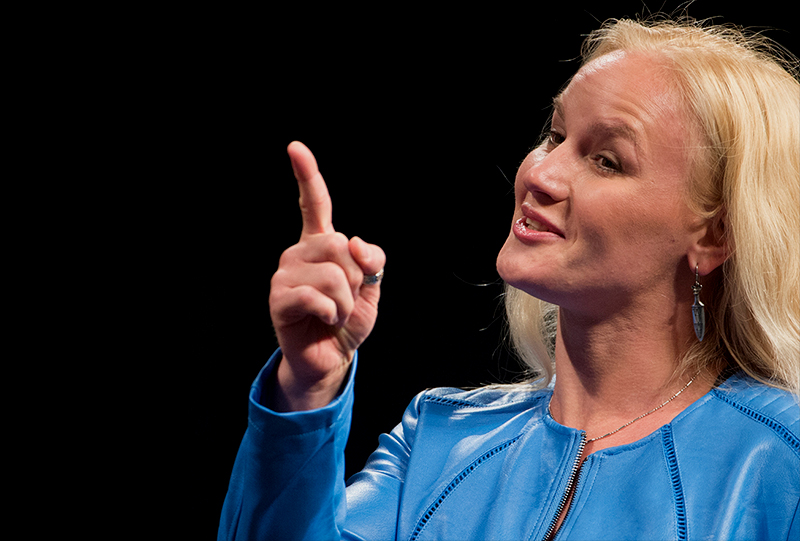 “Martial arts is not only my job, it’s my life,” she said. “And I live fighting and training. It’s number one, and it’s why I didn’t want to lose my good form and what I worked on for nothing. That’s why when I received this proposal from Joanna to do this fight, I said, ‘Of course let’s do this.’ I think it would be great for the UFC to not lose this main event but to have a main event with more interest from the people. This is why I accepted it. And from Joanna, I think she is the same as me. She’s has a background in Muay Thai and we have this kind of thinking that you can adjust and if you train for a fight, it doesn’t matter when and where. You just go and fight.”

Obviously, a matchup like that couldn’t be made on fight day, but the idea that Shevchenko would take it says a lot about her mental approach to this toughest of sports. So as she heads into Canada for the biggest fight of her career, she’s not intimidated by her opponent or the moment. The mission is still the same.

“I’m excited how I should be excited,” Shevchenko said. “Not more, not less. For this fight, it’s totally logical to be too excited, but when you cannot control your emotions, you put yourself at risk to receive an injury or something like that. For example, I’m a fighter for a lot of years and I’ve been in martial arts for more than 20 years and I have a lot of experience, and I know exactly that my mind has to be totally cold. And my mind is cold because to make the right decisions, I have to think very clear, and all these emotions are not helping me at all. So I’m waiting for my time, and whatever will happen, I’m ready for this fight. And my goal is the same – to take the belt. It didn’t happen on July 8, but it will happen September 9.”