Vagner Rocha - An Adopted Son from the First UFC

"My strong point is the ground game, but I think I'm a good fighter in other aspects, some better than others." - Vagner Rocha 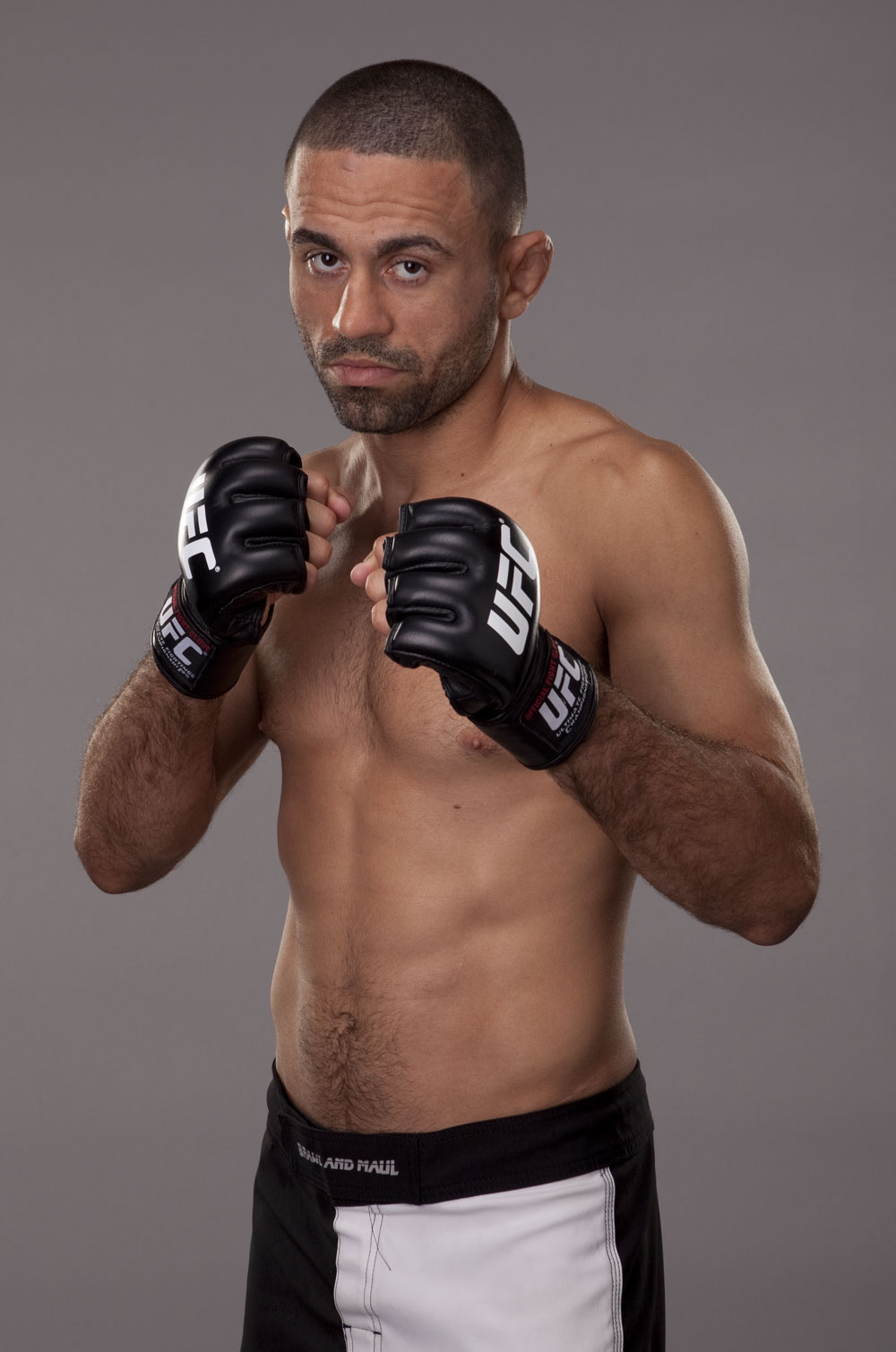 The importance of the Gracie family in the history of mixed martial arts is undeniable. The growth of the sport here in Brazil, known first as Vale Tudo and then later as the modern MMA, motivated and enthused many. I have examples from my own life, as Carlos, George and Helio were the reasons why my grandfather traveled to witness their fights. My father followed the Gracie challenges in the 70’s and the decade of the 80’s was mine when Rickson began his bouts against much larger opponents.

Time has passed, and now we are seeing kids who turned into professional fighters exclusively because of the actions of Royce inside the Octagon. Around 1993, the year the UFC was created, young boys opened their stunned eyes when the slim Brazilian Jiu-jitsu practitioner submitted heavier guys coming from respected martial arts which were mainly striking disciplines.

Brazilian-born Vagner “Ceara” Rocha, who takes on Donald Cerrone in a lightweight showdown at UFC 131 this Saturday, is a perfect byproduct of this, despite the different directions his life took along the way.

The native of Nova Friburgo, a mountain region city in the state of Rio de Janeiro, lived there only until he was three years old. While he was a baby learning his first words, his parents moved to the United States looking for better life conditions. Only 13 years later, Rocha found what he would do for a living – become a martial artist - due to the impact of what he watched.

"I watched that show of the Gracie family (Royce) inside the UFC's Octagon and I was curious to learn Brazilian Jiu-jitsu, with my sights on being a MMA athlete," he says. "So I started training here in Florida with Pablo Popovitch."

Still a teenager dazzled by his discovery, Rocha had to handle the difficulties of being a foreigner in a new land. Dealing with a new language and the distance of some family members became tougher when the boy started working to help his parents, who had jobs cleaning restaurants.

"While a kid I always liked fights, so as I became an adult I realized I was good at it," Rocha said. "My parents always motivated me and supported me a lot. Since my first championship they were rooting for me."

And the praise given by Rocha's family turned into solid results, as the Pembroke Pines resident won awards in grappling and BJJ such as the ADCC North America Trials championship, a bronze medal in the Abu Dhabi World Pro (weight and absolute), multiple wins in NAGA and Grapplers Quest, a Pan Am championship (as a brown belt) and third place in the BJJ Worlds.

Yet though he was focused on becoming a mixed martial artist, with plenty of will and talent for fighting, Rocha, who graduated to black belt in 2007 by Popovich, only debuted in the sport 28 months ago. So what's the explanation for that long delay?

"Arranging fights," he replies. "I always wanted to compete in MMA; however, I didn't have the connections for that to materialize. But I needed this experience to get better. So the idea (of debuting in MMA) got strong after I opened my school four years ago. Finally, I had the chance to train professionally."

Every BJJ competitor has the initial difficulties adjusting his game to modern MMA, as a few moves simply don't work without a gi, and Rocha was no different. But adapting his ground game seemed successful enough, as his first bout lasted just 42 seconds.

"I wasn't nervous; anyway that wasn't even the easiest fight of my career," he says, but it's hard to believe it wasn't, as the fight was ended by rear naked choke and not a 'lucky punch.' "I really didn't know what to expect for that fight, but I did well."

After a good start, fighting two more times in 2009 and four times in 2010, including an international debut in Lima, Peru, Rocha compiled a 6-1 record, with only one win going the distance. In an ironic stroke of destiny, his second fight, the only one which went to a decision, was a victory over a member of the family which motivated him to become a fighter, as he beat Igor Gracie at Bellator 11.

"That was a really important fight for me, because I trained in the martial art which came from his family," he says. "The show was big and I was facing him practically in his backyard."

Reaching the UFC with only six victories in seven fights is no problem for the Brazilian, as his experience fighting twice for Bellator and once for Strikeforce molded the man. And it was mainly in the second promotion, where he faced the lone negative result of his career (against Bret Bergmark). And while we know that from defeats we become stronger, Rocha says that is not the case.

"I learned that you can't fight without being 100%; your body needs to be good. I took the opportunity of fighting in Strikeforce with an infection and under fever, but I didn't want to cancel because of the opportunity," he said. "Participating in those shows gives me an idea of what I'll face in the UFC, even though the UFC is unmatchable."

The BJJ black belt is taking “Cowboy” Cerrone on short notice, with less than 30 days to prepare and though he agrees that the timing isn't the best, he wasn’t about to back down from this opportunity.

"I got surprised with the call, but I’m very thankful for it," he said. “I would never deny the chance to face Cerrone; I was training for another fight before I knew about this one and then I just increased the preparation pace."

With titles in grappling and BJJ tournaments, and four subs and one stoppage among his six wins, we can expect a well-versed ground fighter trying to take Cerrone down. But with his training at Team Avengers, The Armory and with fellow countrymen known as feared strikers in Edson Barboza and Luiz “Banha” Cané, in addition to Team Popovich, Rocha expects to bring much more to the table than people may expect.

"I train on the feet with good coaches to sharpen this area," he says about striking. "My strong point is the ground game, but I think I'm a good fighter in other aspects, some better than others. And of course I expect to explore what Cerrone provides me. We see that he doesn't mind working from his back with an open guard, and I can take advantage of what I think is his weak point, the loose guard."