Usman learning everything he can before he gets to the top 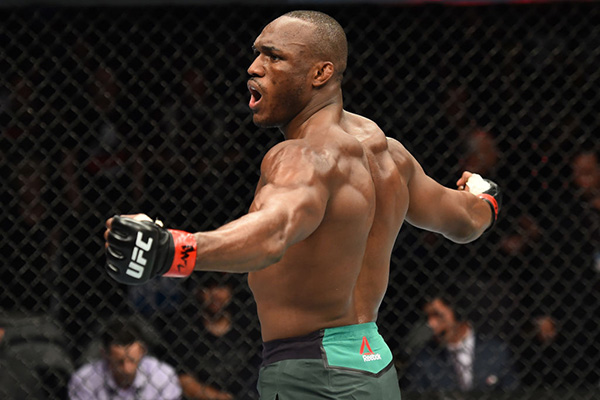 “On one hand, it’s frustrating because it’s slowing down the work that I’ve put in and my progression to the top,” said Usman of his struggles to find a dance partner following his first-round knockout win over Sergio Moraes back in September. “But on the other hand, it lets me know that I’m doing the appropriate things to get there.

The 29-year-old arrived in the UFC as a member of The Blackzilians when the fight team squared off with their South Florida rivals from American Top Team on Season 21 of The Ultimate Fighter.

After defeating Hayder Hassan in the finals of the reality TV competition, the Nigerian-born Usman has wasted little time climbing the ranks in the 170-pound weight class, something he attributes to his time spent with learning from the host of seasoned veterans and standout talents who made up the squad.

“I came into the sport in a room with “Suga” Rashad Evans, Anthony “Rumble” Johnson, Michael Johnson, Vitor Belfort, 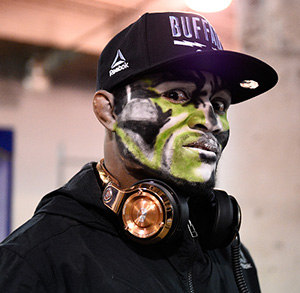 Alistair Overeem, Tyrone Spong, Jorge Santiago, JZ Cavalcante – a room full of legends,” said Usman, who still trains alongside many of his former teammates to this day and regards Evans as his mentor and a big brother figure.

“I had to survive in that room and somehow I’m still here and so if you can get through those guys, get through that and learn from those guys, why should anyone else slow down my progression of getting to the top?”

Thus far, the only thing slowing his progress has been his difficulties finding top-ranked opponents willing to face him, which explains why he’s set to face Emil Meek on Sunday and not a fellow member of the Top 15.

While still a compelling welterweight clash for the fans, squaring off against “Valhalla,” who scored a decision win over Jordan Mein in his promotional debut but hasn’t fought in over a year, isn’t exactly the type of matchup Usman was hoping for after running his UFC record to 6-0 and pushing his overall winning streak to 10 with his knockout win over Moraes in Pittsburgh.

Adding to Usman’s frustrations was that this showdown with the surging Norwegian, who enters on a four-fight winning streak, remained in limbo for several weeks, tethered to whether or not Meek would be able to secure a Visa.

Once the paperwork came through, the oft-discussed pairing bounced around from UFC 219 at the end of December to next weekend’s Pay-Per-View event in Boston before finding a home as the opening bout of this weekend’s main card at the Scottrade Center.

It was a challenging stretch to endure for the ambitious and obviously talented welterweight upstart, but through it all, reminded himself of something former bantamweight champion Dominick Cruz once told him about his own protracted climb up the divisional ladder.

“One of the things that really helped me was I remembered when I talked to Dominick Cruz before. He said that on his run, he felt the same way and he felt that the promotion had given him everyone outside of the champion – all the specialists, 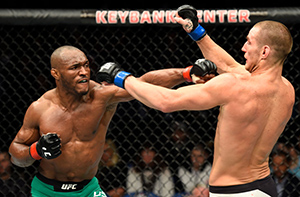 all the different skill sets, everyone worth him beating up – and he used all those fights to learn so that by the time he got to the top, there was nothing he had to learn, nothing he hadn’t seen.

“That’s the mindset I put myself in,” he added. “You want to bring me a brawler that really has nothing to lose? That’s fine, I’m going to go out there and do what I do best and that’s to dominate from start to finish.”

Usman remains steadfast in his belief that it’s only a matter of time until he gets his chance, and when he does, people will come to realize what he’s known all along – that he’s the best welterweight in the world.

“I’ve called myself a hybrid and I believe that I’m a hybrid of the sport now where I’m not just a specialist in one thing; I can do everything pretty well,” he said. “One of the biggest things – and I feel like people are forgetting because I chose to go in and knock a guy out – is that I’m not just a guy that can knock you out; I’m someone that can dominate you from start to finish.