"The Doctor" Is In The House For His UFC Debut Against Aalon Cruz This Saturday
By Steve Latrell, on Twitter: @TheUFSteve • Mar. 4, 2021

When he won his UFC contract back in August 2020, Uros Medic seemed to arrive in the UFC as a finished product. His humble demeanor had a just-right ratio of swagger, he was a natural on the microphone and, oh yeah, he was a killer in the cage.

It doesn’t sound so unusual on its face—a professional fighter acting like a true professional—but the DWCS TKO victory over Mikey Gonzalez was only his sixth professional outing. But what a six-fight run: all wins, all finishes, and only one fight made it to the second round.

Representing his native Serbia and his adopted home of Anchorage, “The Doctor” had hoped to make his Octagon debut sooner than Saturday, where he’ll meet Aalon Cruz on the UFC 259 prelims. But with three title fights and a top-to-bottom stacked card, he concedes that there aren’t many bigger stages to endear yourself to UFC fans.

“I’m very happy to be opening up the card for such a big event. I know there’s going to be millions of people around the world watching.”

We were happy to finally catch up with the charismatic lightweight for his first UFC.com interview, where among other things he talked fighting, training with Kings MMA, and being tortured by food pictures.

"This is where I belong."

UFC: From the night you won the contract on Dana White’s Contender Series until now, what has your life been like?

Uros Medic: It’s been quite a whirlwind. I’ve had camp move to California from Alaska. Then I hurt my back, I had some immigration stuff come up, so I had to go back to Alaska. Back and forth, lots of traveling. Had to see some doctors. So kind of all over the place. I wanted to fight sooner. It took me a few months to get stuff together and settle in and move forward from there. Ever since I settled in, it’s been great.

I’ve been with Kings MMA. Master Rafael Cordeiro has been taking great care of me. We’ve been training a lot. A lot of the UFC guys are there: Marvin Vettori, Kelvin Gastelum, Giga Chikadze, Beneil Dariush. Some ex-UFC fighters, some Bellator fighters, LFA fighters. So it’s been a lot of fun. It’s a new experience. California…it’s my first time living in the mainland of the United States, so I’ve been having a lot of fun. After the fight, I’m looking forward to experiencing some good food. I’ve been eating plenty, but still it had to be clean. I’m looking forward to a little bit of greasy food; how Khabib says [imitates Khabib voice] ‘double burger with cheese my next opponent.’ I’m looking forward to that. 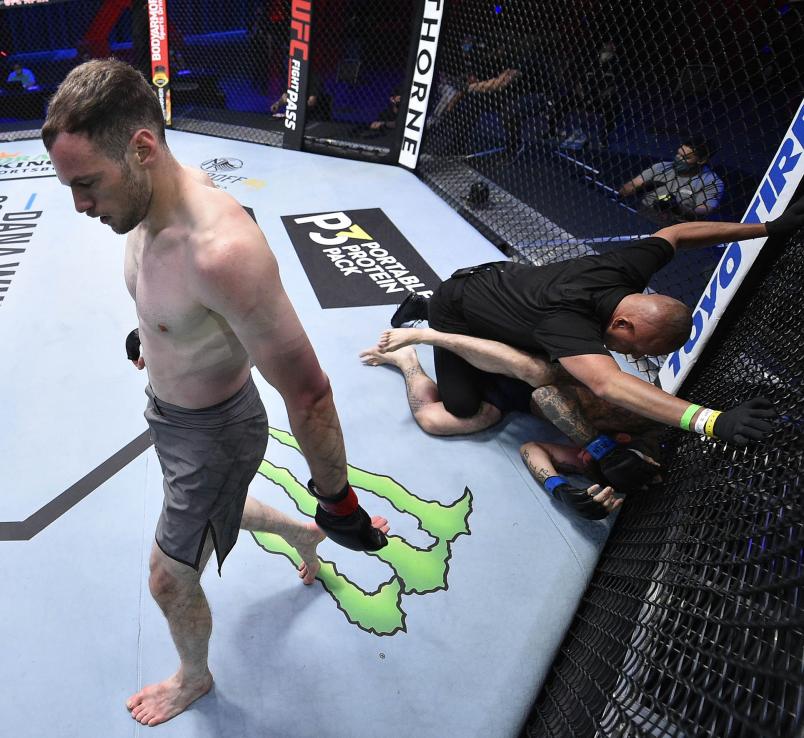 UFC: It must be on your mind a lot, because that’s a really good impression.

UM: Yeah, yeah [laughs]. I’ve been thinking about it. These frigging social networks, they just show you that stuff. It’s like they know that I’m cutting weight. I try to stay away from it, but whenever you have some downtime, the first thing you do? You grab your phone. The worst part is it’s showing me [food] where I’m located—either Las Vegas or California-- in the neighborhood. I’m just like “this is not fair!” It’s torture.

UFC: Of course, you’ve won here in the UFC APEX before on Dana White’s Contender Series. Does that give you an extra level of comfort going into your UFC debut?

UM: I feel very good about it. It doesn’t seem much different than the last time. I’m very comfortable. Even the last time it felt natural to me. I’m like “all right, this is where I belong.” I waited for this opportunity for a long time. I’m going to capitalize on it. I’ve trained hard. I’ve put in the work. I’ve done my homework, now it’s time to finish the exam. It’s not the first time in my life, and it’s not going to be the last time, for sure. I’m pretty excited for this week’s fight. It’s a big card. It’s a big opportunity. I’m very happy to be opening up the card for such a big event. I know there’s going to be millions of people around the world watching. The time zone is much better than the last time. People from my region—The Balkans, Serbia, Montenegro, Croatia; I have a lot of fans from there—they’re going to get to see the fight early, like 11pm or something. On a Saturday night, you know everybody is up and you know people will be watching. Not only because I’m fighting, we have another Serbian fighting on the card, he’s on the main card - Aleksandr Rakic, he’s fighting [Thiago] Santos. We’re expecting two victories, and I think it’s going to be a fun Saturday night for all of us. 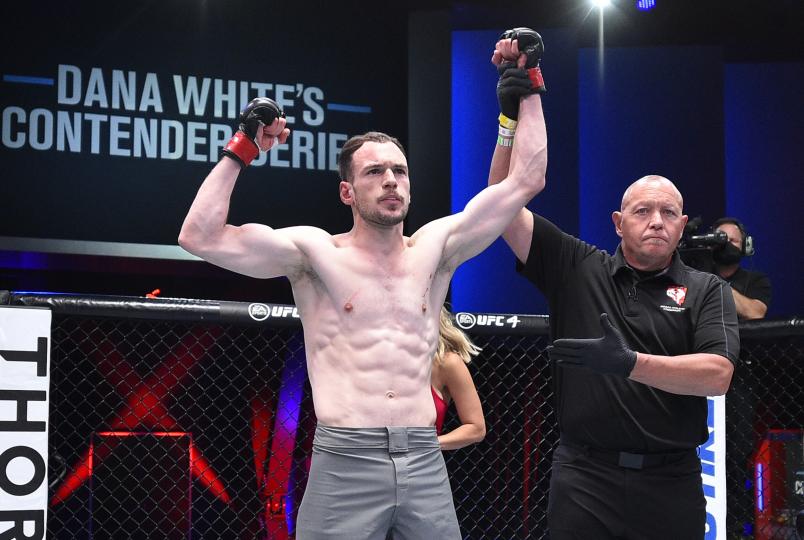 UFC: There’s not a lot of fighters from either Alaska or Serbia. How does it feel to represent those two regions?

UM: It’s a big thing for me and the team of Anchorage Brazilian Jiu-Jitsu. They’re with me today and this weekend. It’s a really big thing.

Coming from a small country, Serbia, it’s not very big in the UFC. We only have a handful of fighters. To represent, it means a lot to me. I get to carry my flag and proudly represent my country where I grew up and where I come from.  How well-raised I am or what kind of family I come from, that’s one of the most important things to me; to represent what I am and what I stand for. That’s being a professional athlete, being a good human being, a friend, a son, a family member. Those are the things that I take a lot of pride in.

Representing Alaska, they took me in as a family member. I moved there and I didn’t know many people. I joined a gym and they kind of slowly accepted me and took me in. They’ve been taking great care of me for over five years now. I’m very thankful to have met these kinds of people in my life. It could have gone the other way. I could meet bad people and not be so lucky. Not everybody gets the chance to be raised by a decent family, go to school, you know? I had my second family, my Anchorage family, to back me up and we did some good things. We moved forward, we achieved what we’ve planned for years. I’m very confident and very proud to be representing Serbia and Anchorage.

UFC:  All your wins are finishes, and you’ve never gone past the second round. Is preserving a streak like that important to you?

UM: I take a lot of pride in all my fights being finishes, but it doesn’t really matter to me as much. It’s like something that came along with working hard. I feel like that’s something that will stick around for some period of time, but as you move forward and advance, there’s going to be tougher fights and there’s going to be tougher opponents. So I’m not really stressing about being a finisher. When the time comes for me to fight five five-minute rounds and go the distance and to the judges’ decision, I’m going to act the same and try to do my best to either get a finish or try to get my points and win the fights.

At the end of the day, this is an entertainment business. I’d like to put on entertaining fights. I’d love to have people reach out to me and be like “Wow, that was a good fight!” Not everyone can win in this business. That’s kind of what life is about; you win or you lose and that’s part of the process. It happens to everybody.

My opponent recently lost his debut. For me, I’m going to try to finish him, and unfortunately that might be his way out of the UFC. That’s just part of his learning process or my learning process, or whatever. So I’m not really not stressing to much about being a finisher. Let’s have fun. Let’s give the people what they’re here for. They’re here to see some good fights. I’m a good fighter. I’m going to give you what you’re looking for. You watch me. I put on a show. You happy. I’m happy. We all happy.