After Suffering His First Professional Loss, Uros Medic Believes He Is Going To Return Stronger Than Ever At UFC Fight Night: Holm vs Vieira
By Zac Pacleb, on Twitter @ZacPacleb • May. 19, 2022

Uros Medic caught the mixed martial arts bug when he found his way to Anchorage Brazilian Jiu Jitsu in Alaska where he met Ryder Spadafore, who helped introduce the sport to the Serbian-born Medic. It was around then when Medic started thinking about MMA as a career-possibility - the allure of the bright lights and big stage of the UFC an appealing prospect.

After arriving to the big show via Dana White’s Contender Series in 2020, Medic seemed primed for the spotlight. He scored a first-round knockout win in his debut at UFC 259, but when it came time to fight in front of a proper crowd at UFC 266, those same lights threw things out of whack.

“The moment of walking out, I could hear the (person counting), ‘Five, four, three…’ and it’s not my song. I’m telling him, ‘Hey, it’s not my song,’ and he says, ‘One,’ and my song starts, and I’m like, ‘Why am I even paying attention to all these details?’” Medic told UFC.com. “It was shocking, definitely. That’s normal. It’s a lesson. Any failure is a lesson. We learned a lot from it, so now we move forward.” 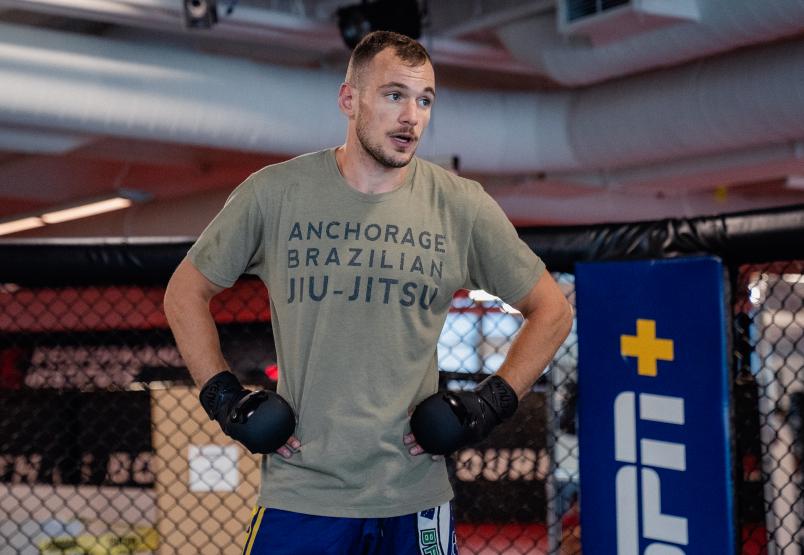 Medic went on to suffer his first professional loss – a first-round submission defeat to Jalin Turner.

“I was very surprised by the big arena, the big lights, all of the crowd and the noise and everything,” Medic said. “I was kind of stunned by everything. It kind of reflected on my performance, which is something that happens not only to me, but it happens to every athlete in every sport. I’ve experienced it for the first time in my life, and I think it was a great lesson. I think I learned a lot from it, so now we move forward, and we’re going to go back to the winning circle.”

Outside of the clear disappointment of losing for the first time, Medic felt a little unsettled about the way he reacted to the biggest stage of his career. Afterward, Medic said he shared a tender moment with his brother, who was in attendance that night.

Medic then just went back to work, leaning on the experience of his teammates at Kings MMA. From the likes of Beneil Dariush, Giga Chikadze, Marvin Vettori and master Rafael Cordeiro, Medic navigated the emotions that followed that initial setback and believes the experience is only going to make him a better fighter. 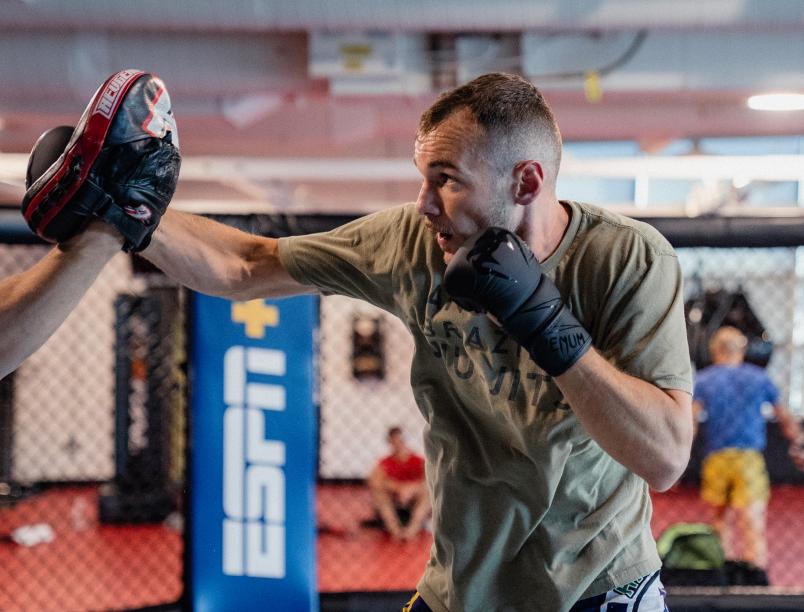 “They all had moments in their career where things didn’t go their way,” he said. “They either had a loss or they had to take a break. We all talked about that, and I got reassured that I’m actually on the right track and doing what I need to be doing. This is just a part of it.”

The next part is the bounce-back performance, which Medic has the chance to achieve when he faces Omar Morales at UFC Fight Night: Holm vs Vieira. The matchup presents a few intriguing challenges for Medic, including the fact that Morales has only been finished once – a submission loss to Jonathan Pearce in his most recent fight.

Analyzing the matchup, Medic believes he’ll succeed using his distance management and long-range tools, but he also anticipates an action-packed affair as well. 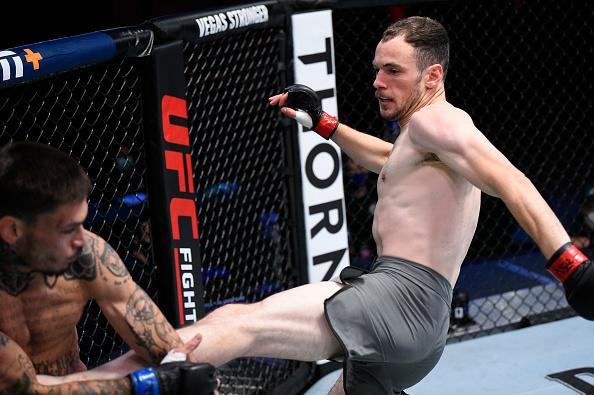 Regardless, the most prominent task for Medic is getting his hand raised once again and regaining some momentum in the talent-rich lightweight division. Responding to adversity and disappointment is as important as racking up the achievements for an up-and-coming fighter, and if Medic does so with some style, he’ll return to his status as one of the 155ers to watch.