Urijah Faber: Ready for the War at Home

"I’m ready for a barnburner but I’m looking forward to coming out on top for sure." - Urijah Faber 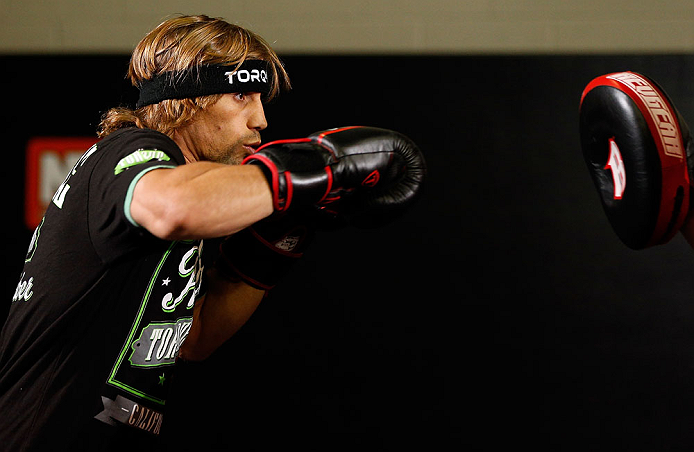 Urijah Faber is a confident man and it’s hard to argue when he tells you the best is yet to come.

The former WEC featherweight king has been holding his ground as one of the sport’s top lighter weight fighters for the better part of the past decade, and according to the Team Alpha Male leader, his most impressive work is yet to be done. That is a lofty goal for a man who has accomplished as much as the 34-year-old has, and built the caliber of resume he’s crafted, but “The California Kid” has continued to raise the bar every step of the way.

Granted, he’s suffered setbacks along the journey, but those missteps have only come against the best of the best with the sport’s biggest prize on the line. As a former champion, Faber knows what it feels like to be at the top of the mountain, and it’s a place he’s determined to reach again. That said, his wealth of experience over the years has brought new tools into his arsenal and time spent battling the unpredictable nature of the fight game has allowed Faber to make adjustments. Where getting his hands on UFC gold is certainly the ultimate prize, the California native has keenly invested in the process of the journey and has been willing to take whatever steps will keep him moving forward.

With the bantamweight title picture in relative shambles for the past two years with champion Dominick Cruz out with a knee injury and interim titleholder Renan Barao working towards a unification bout, the perennial contender set about handling business in the bantamweight ranks. In a division thin on stars, Faber was largely responsible for keeping the division’s pulse alive while the championship picture needed time to mend.

Over that stretch he collected three consecutive victories over top-ranked competition and did so in impressive fashion. He finished veterans Ivan Menjivar and Scott Jorgensen, then bounced back from a rough first round to defeat scrappy Yuri Alcantara via unanimous decision at UFC Fight Night back in August. 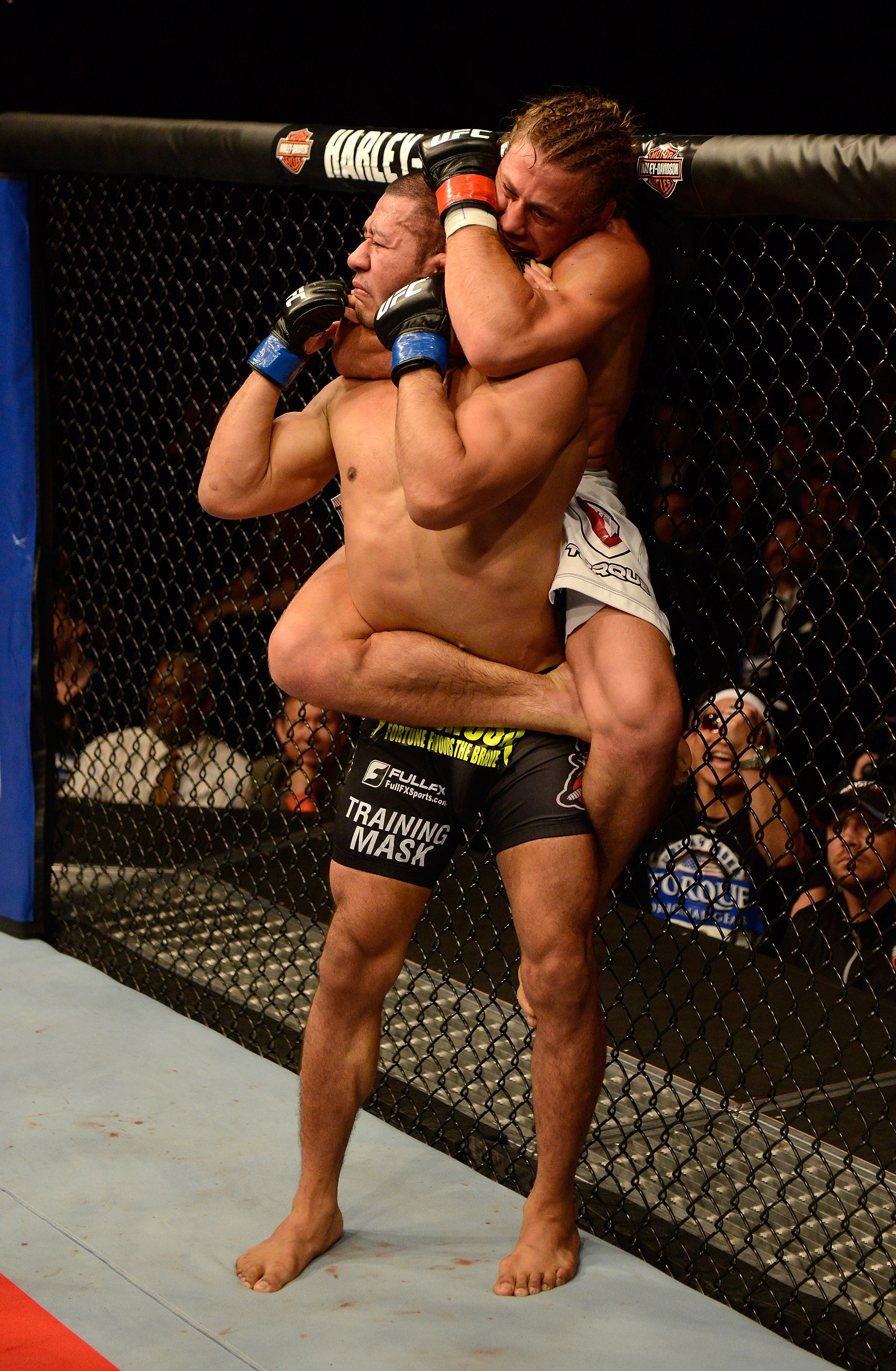 title shot, the situation between Cruz and Barao wasn’t necessarily clear enough to navigate through, and the former title challenger saw it best to keep rolling on and facing the best fighters in the division outside of the championship tier. This put him on a collision course with fellow contender Michael McDonald and the two NorCal representatives will mix it up at UFC on FOX 9 in Sacramento this Saturday.

“I think it’s going to be a challenging one,” Faber said. “The guy is dangerous and has some weapons I’m going to have to be weary of. He’s a fighter to the utmost, man. I’m ready for a barnburner but I’m looking forward to coming out on top for sure.”

“I think I’ll have the edge on cardio, but more than that, I think I have the advantage on the mental side. I’m very familiar with this. I’ve been a wrestler for more than 20 years. I’ve been fighting now for over 11 and I’ve always been a guy who can push himself to a new level. I think Michael is going to come into the fight in great shape as well. His style is to go all out, then recuperate, then he’ll go on big spurts where his dangerous striking is coming at you full force. He lets it all go and has great killer instinct. That said, I think I’ll have an advantage stylistically and mentally as well.”

“Mayday” has been heralded as one of the key fighters leading the next wave of MMA who are going to take the sport to the next level in the future. While Faber may be 12 years his opponent’s senior, he doesn’t see this matchup as one that pits the established fighters against the future because he sees himself just as much an upstart as the man he will face inside the cage on Saturday night.

“I don’t necessarily agree with that because I consider myself part of the future as well,” Faber said. “When I first started fighting, a lot of other people were doing this as a hobby and were working other jobs. I took it very seriously, and while I was squeaking by, I fully committed myself to this sport and my improvement in it. It was my goal to improve in every aspect of the game.

“I truly feel I represent the next generation of fighter as well and what you are looking at here is just two different styles. We are two different fighters who are going to step in and fight. I think the passing of the torch from the one-dimensional fighter to the well-rounded fighter happened a long time ago. Now, we have evolved into a different generation.”

With the matchup featuring two of the top fighters in the bantamweight fold, the bout will certainly hold heavy implications on the title picture at 135 pounds. And while that aspect of the fight is certainly appealing to a fighter operating at the ambition level Faber owns, there are other elements about the fight and the setting of the card which potentially holds a greater appeal for him.

The event is taking place in his hometown of Sacramento and will also feature several of his close friends and teammates from his Team Alpha Male squad. In addition to his fight, No. 1 flyweight contender Joseph Benavidez will get another shot at champion Demetrious Johnson and featherweight machine Chad Mendes will look to add another victim to his list in Nik Lentz. 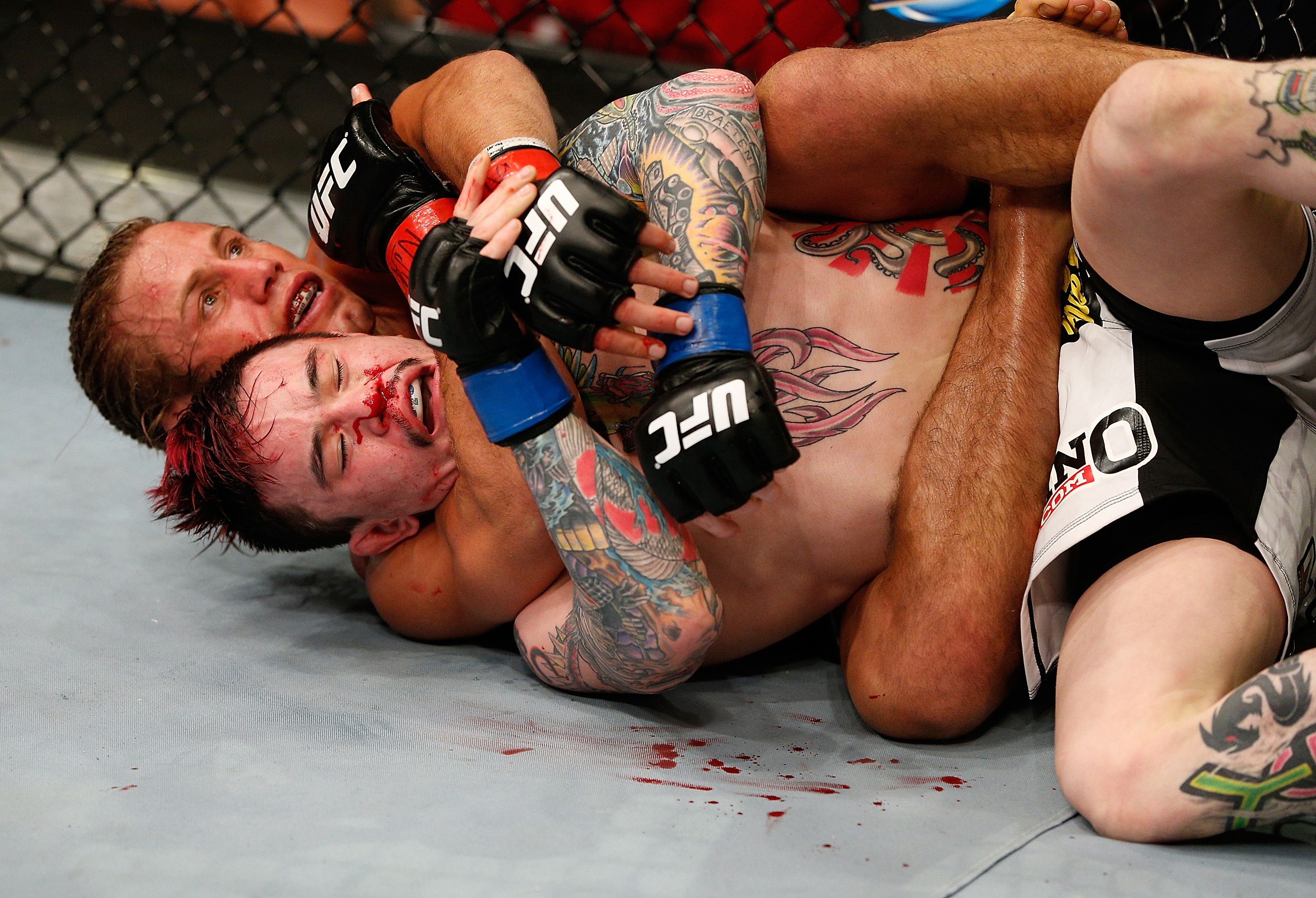 Faber and his crew are public figures in the Sacramento scene and he believes fight night will be the perfect setting for his team to make a huge statement.

“The coolest part is that I’ll have all my buddies with me backstage and I get to fight with my teammates on this card,” Faber said. “It’s us against them and I love that situation. I get to go to war with all my boys in front of all the people I love.

“I honestly take things one fight at a time,” he added in regard to his title hopes. “I’m obviously always thinking about the bigger goals, but you have to assess them at the end of each fight. That’s what I’m doing right now. That’s the easiest way to stay focused on what is right in front of me, and right now that’s Michael McDonald.”