"He's not tougher than I am. He thinks he is, so something's gonna have to break and it's not going to be me." - Urijah Faber 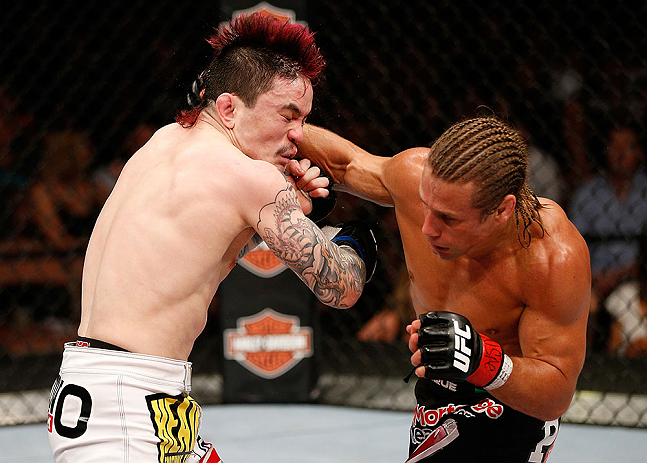 Urijah Faber isn’t a champion. He hasn’t tasted gold since Mike Brown ended a 31-month WEC featherweight title reign that saw him win 12 straight fights while making five successive title defenses. That hardly matters to the UFC, advertising suits and the paying public. “The California Kid” is still hot stuff. MMA’s Golden Child is being counted on to carry the torch of a UFC bantamweight division whose champion hasn’t competed in nearly two years and an interim king just recovered from an injury that’s derailed him since February.

Iuri Alcantara is next on Faber’s hit list Saturday night at UFC Fight Night. It’s Faber’s third fight in 2013, this against a guy equally dangerous as he is anonymous. A Faber-like win, one with locks flowing, fists, elbows and kicks flying, and a submission game getting more deadly with age, may put him back in line for a shot at championship gold.

Go ahead and argue, if you must, that Faber has received more than his fair share of chances to be a champion again. You’d have a point. Four times since Brown knocked him out, Faber has competed in title fights. He’s 0-for-4, the last setback that saw Renan Barao become interim king and Faber put out of action by shattered ribs. Other battles saw Faber’s leg tenderized by Jose Aldo, on the short end of a close decision loss to Dominik Cruz and a second loss to Brown.

One could have easily concluded that Faber’s extraordinary career had reached the crossroads at 34 years old and a decade spent competing inside a cage. Not so fast. All Faber has done since returning to action is rack up two straight victories that rank among the most impressive of his career. In non-title fights, Faber is 22-0, 4-2 in the UFC and 28-6 overall. The kid from Cali may have bent a little, but he’s a franchise player continuing to ride like a thoroughbred. 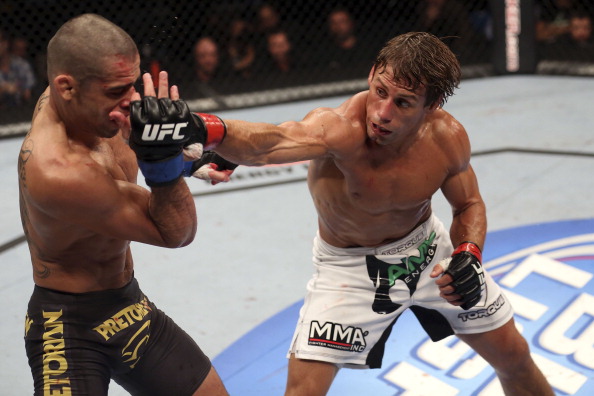 The Brown rematch is one of his memorable battles, when a broken hand and a dislocated thumb relegated Faber to kicks and elbows. He survived the full five rounds and, despite defeat, did it with the same glowing aura that’s made him one of the sport’s most marketable athletes. Even in defeat, the Brown fight was a microcosm of what Faber is all about.

"I've faced adversity many times, but I'm always in the fight and I always bring the fight,” Faber said. “At the highest level it's the smallest little things, and I'm right here, ready to take advantage of the moment.

"There's no one that's going to go in this world with everything going perfectly. Once you realize that, you can take things in stride and realize that life isn't about whether you won or lost every single thing. It's about how you react afterwards and what you do moving forward. I pride myself on being a guy that always takes a lesson and uses experience."

Faber may be 34, but he looks and feels 10 years younger with proof positive in the form of a a first-round thrashing of Ivan Menjivar and a four-round systematic destruction of Scott Jorgensen. Few people know about Alcantara (27-4 with 1 NC MMA, 3-1 UFC), but he’s finished 23 of his fights and owns a win over Ricardo Lamas (2010), who many peg as the rightful top contender at featherweight. He’s a fighter who matches Faber’s profile of getting down to business, meeting in the middle and going at it.

“That's the goal of a fighter, which it should be,” Faber said. “He's a guy who's been able to pull it off time and time again, and he's fought at bigger weight classes (lightweight and featherweight). I've got my hands full.

“He's not tougher than I am. He thinks he is, so something's gonna have to break and it's not going to be me. That's what it's going to come down to, seeing if he's fought somebody as tough as I am."

Another dynamic win, combined with Faber’s history in the sport, could put him in position for another go at the interim 135-pound crown - Barao is coming off a foot injury to defend against Eddie Wineland (who Faber defeated in 2011) at UFC 165 in September - and perhaps set up a trilogy match with Cruz after the current champion is recovered from a torn ACL.

There’s another option out there, which he did not dismiss, a return to featherweight and another shot at Aldo.

"I get pretty heavy," Faber said. "I get up to (157)-59 as I'm getting older on a regular basis. If the opportunity presented itself and it's a fight people wanted to see, I'd be okay going up."

Aside from crow’s feet and a little California sun damage, Faber believes he’s still peaking and getting younger. Despite the highest of highs and lowest of lows, nothing has dimmed his smile and the positive vibe he carries to every press conference, every interview, every fight and everyday life. That package still resonates with the television cameras and advertisers with dollar signs for eyeballs. Success may breed contentment for some, but not The California Kid. 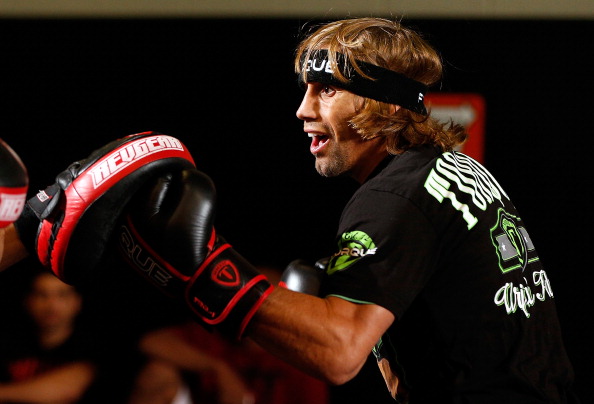 "I just want more," Faber said. "I have goals. I'm always focusing on my successes and because of that I see opportunities. Any of these setbacks are just part of the bigger picture of me moving forward and getting more things in life that I want.

“I still have the desire to do it. When the desire goes away and I'm not enjoying myself, that's when I'll stop. Until then I'm going to work my butt off and get the things I want."

What Faber wants is more gold, a thirst that hasn’t been quenched in four years. Cruz is the champion. Barao is the interim title holder. Faber is “The Face,” a franchise player after another title he can call his own, immortality.