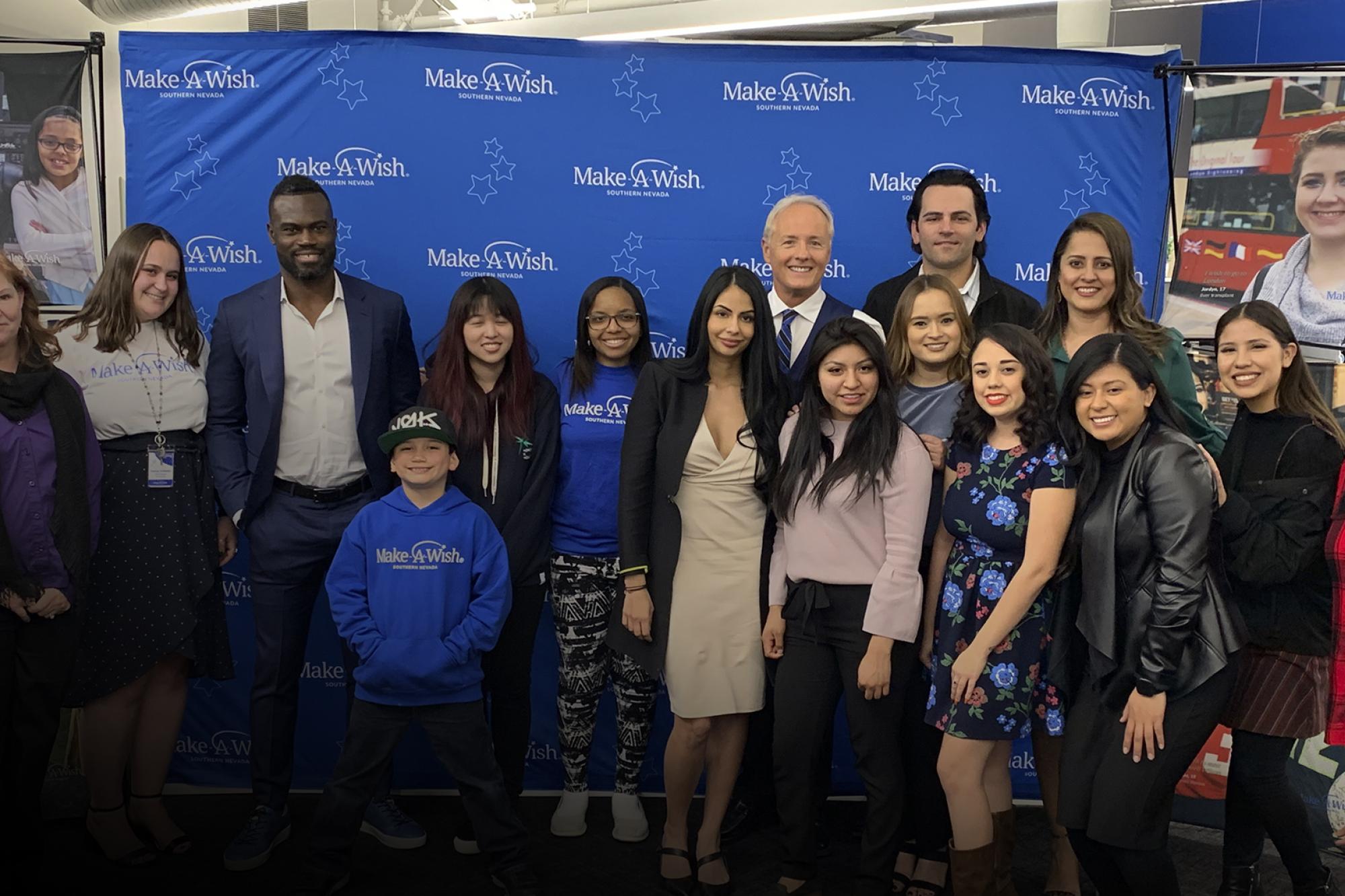 Learn about Uriah's challenge and how he is making a difference with Make A Wish.
By Brian Smith • Dec. 23, 2019

In between competing inside the Octagon and mentoring youth across the country, Hall has accepted the challenge and joined his first Make-A-Wish fundraising campaign during the month of December, with a commitment to raise $1,000 to help grant wishes. His goal has doubled during his first two weeks and currently sits at $2,200.

“Watching Uriah interact with our wish kids has been such a joy,” said Make-A-Wish Southern Nevada Chief Executive Officer Caroline Ciocca. As a UFC fighter who battles inside the Octagon, Uriah relates to the inner warrior in all of our wish kids as they search for the strength they need to fight their illness. With his support, we’ll be able to create more life-changing wishes, providing the emotional medicine our kids need to face their unthinkable battle.”

"I love meeting the kids and hearing the stories of their Make-A-Wish trips and adventures coming true," said Hall. "The more money we raise with this campaign, the more wishes are granted to the kids and their families."

Hall, who is currently on a two-fight winning streak, has also spent much of 2019 interacting with charities and delivering positive motivational speeches to children of all ages throughout the United States. In October, Hall spoke to members of After-School All-Stars of Tampa and participated in an opioid awareness seminar in Harlem, New York in November.

“I’ve had the great opportunity to speak to some of our youth recently about the importance of having a positive, ‘never-give-up’ attitude,” noted Hall. “Facing adversity head on, standing your ground, and never giving up are three qualities that we have to instill in our youth, as they are our future. We also have to teach them to have compassion and be able to pay things forward.”

UFC has partnered with Make-A-Wish on several events and campaigns, most recently hosting the local Southern Nevada’s World Wish Day event in April. The event, where more than 20 Make-A-Wish kids received their “Ultimate Wish” served as Hall’s introduction to the global program.

Make-A-Wish grants thousands of unique wishes each year. But for every wish granted, another eligible child is waiting for their wish to come true.