Hype and hyperbole are valued currencies in the mixed martial arts world, as the buzz surrounding an athlete and the grand comparisons made about an individual competitor can thrust them into the spotlight before they’ve accomplished much of anything inside the Octagon.

A couple highlight reel finishes, some lofty praise from key individuals, and the fervent backing of the online community can propel a UFC novice to the brink of contention, with expectations for a championship reign hung around their necks before they’ve found their footing or truly established themselves within their respective divisions.

But few of those hyped up newcomers live up to the lofty expectations placed upon them early in their UFC careers, leading critics and observers to unfairly categorize them as busts or write them off before they’ve had a chance to develop into fully formed fighters.

Uriah Hall is one of those fighters.

“I feel like Benjamin Button,” said Hall, the now 36-year-old middleweight who takes on Anderson Silva, the legend he was compared to during his breakout turn on The Ultimate Fighter, in this weekend’s main event, which Silva has said will be his last.

For those unfamiliar with the 2008 film directed by David Fincher and based on a short story by F. Scott Fitzgerald, Benjamin Button is a man who ages in reverse, arriving in the world with the appearance and ailments of an elderly man and growing younger with each passing year.

“I call him ‘Benjamin Button,’ because the older he gets, the better he gets,” said Sayif Saud, the head coach at Fortis MMA in Dallas, Texas, where Hall now trains. “When Uriah is on, he’s the best fighter at that weight class.”

That’s a position many believed Hall was capable of ascending to when he was posting jaw-dropping finishes as he made his way to the finals on Season 17 of the long-running reality TV competition, but inconsistent results and an enigmatic personality led to the flashy striker being cast aside as a potential contender in the middleweight division.

A little over three years into his UFC journey, fans and observers believed they had figured out exactly where Hall fit within the 185-pound hierarchy, penciling him in on the fringes of the Top 10 and setting his ceiling somewhere below the elite class.

Though the rogue grey accents that fleck Hall’s hair defy the “aging in reverse” condition the Benjamin Button name evokes, his performance in the cage and the way he carries himself now as he readies to face one of the sport’s greatest icons are those of an athlete who has finally discovered a home and one who could force people to rethink where he fits within the middleweight division.

“First, I think if you put expectations on things, you’re setting yourself up to fail,” said Hall, when asked about the impact being compared to Silva and tabbed for greatness had on the early years of his UFC career. “I can look back and say, ‘Coulda, woulda, shoulda’ with the fights that I’ve lost, the fights that I’ve won, the Uriah that showed up, blah blah blah, but I’m exactly where I need to be and it again goes back to listening to the critics, listening to the media.”

Forthright to the point of coming off as brusque and uninterested in playing the media game, Hall has always been wary of those who cover the sport, resulting in challenging interviews and his landing the reputation of being difficult.

But as someone who was hyped up and written off before he grew into his final form, he’s acutely aware of the impact how one is portrayed in the media can shape a fighter’s career and he simply has no interest in the thoughts and opinions of anyone other than his closest confidants.

“We have a short life span in this, and we can only go so far,” began Hall. “If our body doesn’t destroy us, the critics, the media will play a part in destroying our careers.

Lately, Hall has been doing both.

The veteran middleweight heads into Saturday’s main event pairing with Silva on a two-fight winning streak, the first time he’s won consecutive contests since posting victories over Oluwale Bamgbose and Gegard Mousasi seven weeks apart in the late summer and early fall of 2015. 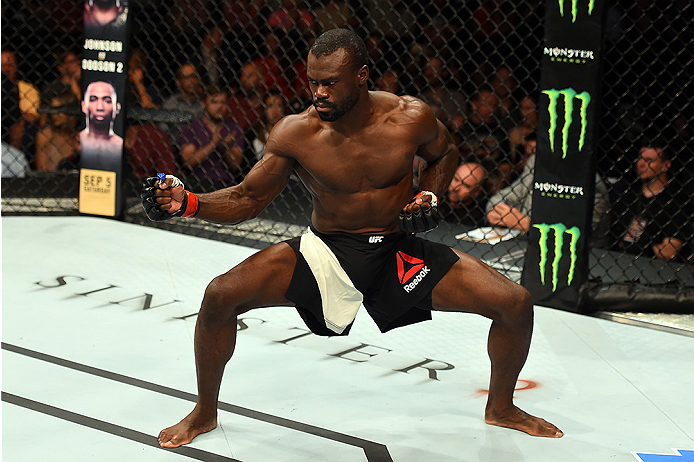 Last time out, he outworked Brazilian grappler Antonio Carlos Junior in Vancouver, and while this weekend marks his 2020 debut, Hall has already prepared to compete on two different occasions this year, drawing raves reviews for his dedication, work ethic, and development from his coach.

“Uriah has been one of my best athletes as far as handling his business, doing his strength and conditioning, doing the extra work, and always being diligent with his weight and his diet,” said the no-nonsense Saud. “We just clicked right away, and I told him, ‘The book on you is that you don’t do well and you’re not consistent, but I don’t think that’s the case. Everything I asked you to do, you do, and you do well.’

“I just think the right person wasn’t asking because everything that I ever ask Uriah to do from Day One, he not only did it, but he did it well and with a great attitude.”

Hall, who had fights with both Ronaldo “Jacare” Souza and Yoel Romero fall through earlier this year, had never really settled down with one camp or one coach for very long throughout his UFC career, often bouncing between gyms and getting looks with different outfits.

But he immediately clicked with Saud and the way business is conducted at Fortis MMA and believes that he’s now found the right place and the right team to help him become the best version of himself.

“It’s discipline and structure,” said Hall when asked what really stood out for him upon working out with the Dallas-based fight team. “We show up, we get the work done, and we get out. We have a plan, we have a formula, and we stick with it.

“It’s just consistency,” he added. “If you’re consistent with anything, I think you’re going to get better. It’s consistency with the work, the work ethic, the people, and the discipline.”

One person in particular that has been crucial in Hall’s development since landing in Dallas is Michael Scaccia, the team’s strength and conditioning coach.

“With the training that I’ve been getting there, he’s strengthening certain weak areas and I feel like a beast.”

Watch Uriah This Halloween With Your ESPN+ Subscription

His coach sees the same things, though he sums it up more succinctly.

“He’s maturing,” began Saud. “Uriah has grown tremendously not only as a fighter, but as a person.

“He’s reached that age — he’s in his mid-30s — and you know how it is: it just takes time to get your footing, understand what’s important and what’s not important, what your real goals are, what defines you and what you want to pursue. I think Uriah has found those things and I’m really excited for him. 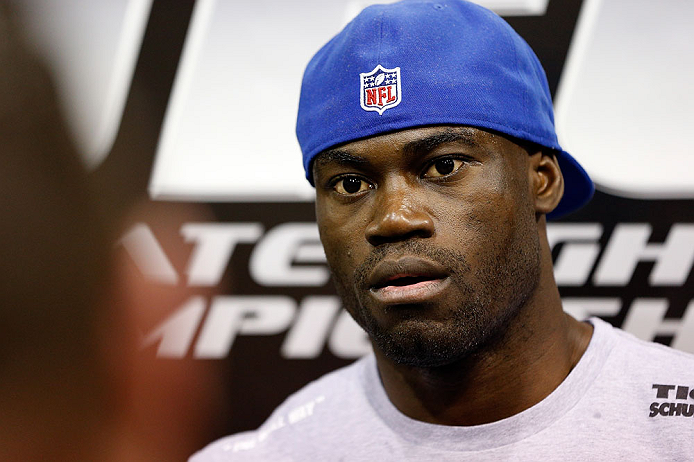 Surrounded by an outstanding team that has him feeling healthier, more prepared, and sharper than he has in years, Hall is right back where he was during his breakthrough run on The Ultimate Fighter: poised to potentially make waves in the UFC middleweight division, and with the chance to pick up a third straight victory by knocking off the man he was compared to all those years ago, to boot.

But this time around, the talented fighter is older and wiser, more confident in himself and his abilities, and with a different outlook on his career and a different perspective on what really matters.

“I have nothing bad to say about any of these fighters anymore because we’re all lions in a room filled with lions,” Hall said with a chuckle that seemed to acknowledge previous instances where he’d had things to say about opponents and potential adversaries. “When you get people that talk s***, we call those hyenas, and what do lions do to hyenas? They **** them up, but if you’ll notice, hyenas are nothing by themselves.

“I’m a lion in a room filled with lions and we’re all trying to chase that gazelle and make it.”

Having found a home at Fortis MMA and grown into himself as a fighter and a man, in many ways, Uriah Hall has already made it.

And that makes him one dangerous lion once he steps into the cage.